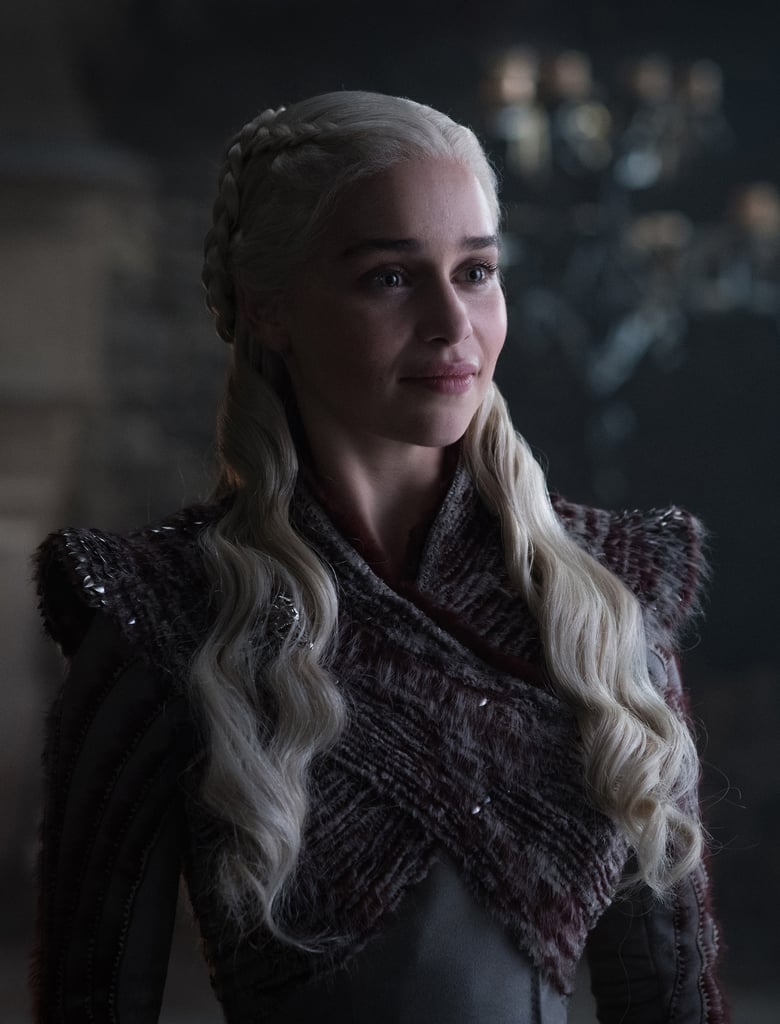 Get Daenerys’s “Game of Thrones” Hairstyle With This Braid Tutorial

We’ve long talked about our admiration for Daenerys Targaryen’s braids, but this intricate “Game of Thrones” hairstyle truly deserves a throne of its own. Though the show ended, it’s never too late to dress up as Daenerys for Halloween. While the entire cast serves up major hair inspiration, the Mother of Dragons’ long platinum waves sit at the top of our envy list. One look that we particularly can’t stop swooning over is her double, inside-out braids with loose curls at the end.

What Daenerys’s Braids Mean on “Game of Thrones”

Daenerys’s braided hairstyle is more than just a trendy beauty choice. Many believe the look holds significant meaning. Khal Drogo may have perished in the very first season of the show, but his spirit lives on through the “moon of his life,” Daenerys, and people believe she’s channeling her deceased boo with her hair.

On Reddit, a “Game of Thrones” enthusiast resurrected a scene from the first season in which Daenerys is speaking with her brother, Viserys, before he sells her off to be Drogo’s wife. As they watch Drogo from afar, Viserys says, “Do you see how long his hair is? When Dothraki are defeated in combat they cut off their braid so the whole world can see their shame. Khal Drogo has never been defeated.”

Clearly, Daenerys must have been taking notes because she has kept her hair super long since season one. Not only that, but she has also been sporting a similar hairstyle, although her braided variation is decidedly more intricate than Drogo’s simple, segmented ponytail. Daenerys’s decision to keep her hair long may be a nod to her own strength and resilience.

Hairstylist Dana Tizzio of Butterfly Studio Salon gave us a full tutorial on how to create this “Game of Thrones” hairstyle for Halloween. Trust us — you’ll no longer want to hide away in exile once you master this look — the style demands to be seen (and respected).