If you're reading this, and you're in a good place emotionally*, then you're into Meghan Markle. Maybe not in an obsessive way; (although, no judgment if you are).

Maybe just in a "Huh. That's an interesting fashion choice" way and I bid you welcome.

While the former-actress-turned-royal-fiancee is in possession of many signature looks, (the freckles, the little berets, the gazing at her fiance as if he is Hercules). Her trademark right now, less than a month out from the wedding, is a casual bun.

I say "casual" as opposed to "messy" because, while it began its public life looking a little "home-made" it has certainly graduated since.

It was January 9, and Markle's first proper outing with Prince Harry to a youth radio station in Brixton, that the casual bun made its debut. It was properly messy, deliberately so, of course, with strands hither and thither, and the slightest hint of a bird's nest at the crown of her head. Nobody would be surprised if Markle said she had done it herself. 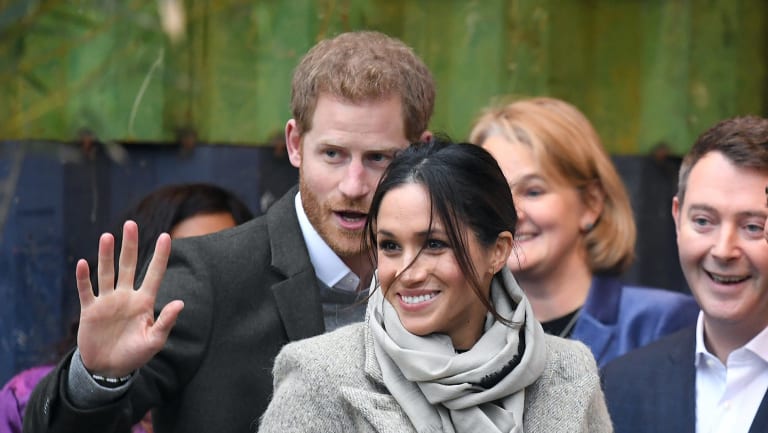 The bun popped up again on the trip to Cardiff Castle in Wales on January 19. After a mere two and half months later, it was Bun Time again for a trip to Northern Ireland on April 19.

The bun was a fraction more polished two days later at Royal Albert Hall, to celebrate the Queen's 92nd birthday. It was obvious Markle's hair had been cut and that she had employed a curling iron, or even a stylist for this bun. The strands were no longer straight, and the bun was low and neat. 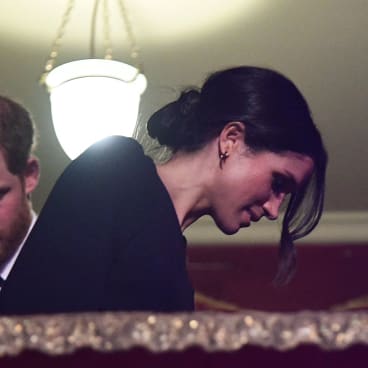 Side Bun alert! Prince Harry and Meghan Markle take their seats at the Royal Albert Hall in London for a concert to celebrate the Queen’s 92nd birthday

Which brings us to her most recent bun, at a memorial service in London on Tuesday. This was slightly more polished again. Still, it was hardly tight, or high, or what anyone would call symmetrical.

That's quite a bit of casual bunning, even for an almost-royal. The fact that she wears it exclusively with what might best be described as "office manager" dresses allows for the messiness. Which means you, too, can wear it to the office, or a family wedding. The question now becomes, "how?"

For the answer, we turned to celebrity stylist and hairdresser Anthony Nader, from Raw Hair in Sydney's Surry Hills.

Nader recommends you begin by making sure you have second day hair. "Your hair will be better off left on the dirtier side. If you strands are too clean and soft at the moment, give them a quick once over with a dry texture spray, like Muk’s sea salt spray – over the root area and massage the product through."

"Lightly brush the product through with a Mason Pearson brush as this will distribute nice and evenly from mid-lengths to ends.

"Next, tilt your head back and scrape your hair from the hairline back to the nape area into a bun that’s just below your crown area. Tie this up into a twisted knot and secure with bobby pins.

"Pull loose the shorter pieces framing the face as this gives you the modern, current edge that is required for this royal look.

"Make sure that you have shorter pieces framing the face for this. If your hair is one length, it won’t do you any favours, as you need shorter pieces to soften the look of what we’re trying to achieve. Also, you don’t need to go overboard with smoothing over the hair shape, as that’s going to look way too formal. Keep the texture piecey and disheveled to nail this royal up-do."

There you have it. The perfect casual bun to wear to an upcoming wedding – perhaps even your own.

*Emotionally stable, meaning not hate reading this because you consider yourself somehow superior for looking down on a woman in her mid-thirties.

Khloé Kardashian Addresses Plastic-Surgery Rumors: "No One's Ever Asked Me"