Madonna Spills Her Thoughts on Aging and Her Skincare Line MDNA 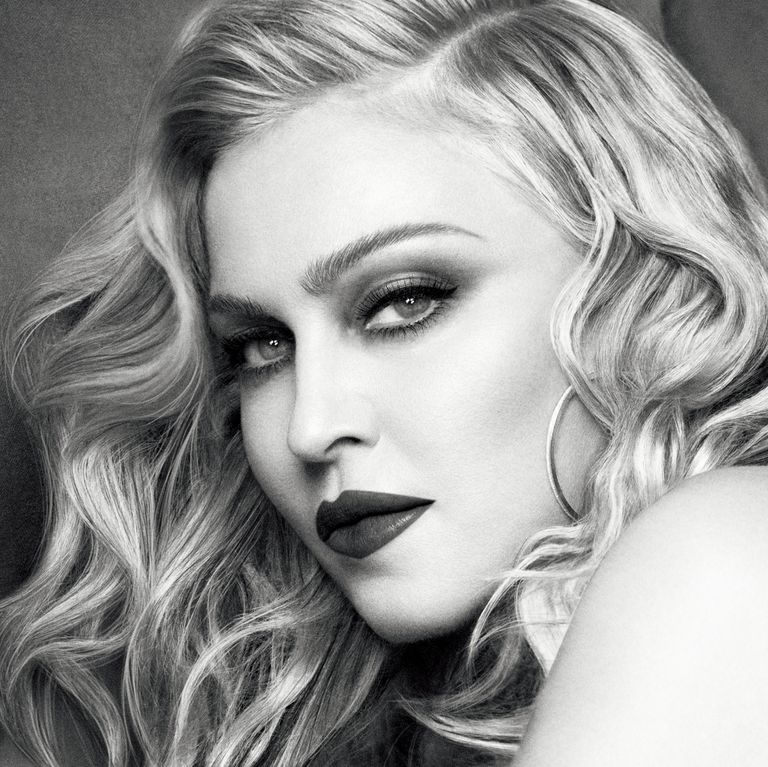 If you didn’t already know—Madonna has a skincare line. It’s called MDNA (naturally) and her newest product is called The Reinvention Cream (because of course). The creams, serums, and toners in the line are all designed around a blend of four healing thermal waters found in Montecatini, Italy.

In a sea of celebrity-endorsed beauty lines and products that promise glowier, smoother skin—MDNA stands out because it’s not only incredibly chic, but it’s also incredibly effective. “This isn’t just a vanity product, this is something I have been working on for five years,” Madonna exclusively told BAZAAR.com. “It’s important to me that the ingredients not only pure, but that they work. I stand by all of them, and I use all of them.”

The Reinvention Cream ($75) is the kind of genius, multi-use skincare we didn’t know we needed: a plush yet water-light cream that can be layered-on thick like an overnight mask, or dabbed on lightly like a serum. The blend of thermal water and resurrection plant stem cells will make skin look younger right away—and overtime, too. That’s probably why Madonna told us she rubs the formula over her entire body.

“Stem cells in skincare—they’re not new, but they are getting more advanced,” says Dr. Paul Jarrod Frank, a New York City dermatologist who allegedly sees Madonna as a patient. “We’re learning more and more about stem cells in skincare, we don’t have all the answers, but we know there’s a dramatic effect in skin quality and resilience and renewal.” Dr. Frank believes that the unique combination of skin-soothing thermal waters and plant stem cells results in stronger skin that can better protect itself from environmental aggressors that lead to the first signs of aging. “There is no one who can’t benefit from it,” he notes.

We spoke with the Madonna, the original queen of reinvention, about her newest product, her thoughts on anti-aging, and what we can expect from MDNA in 2018:

On The Reinvention Cream:

“It’s an all-in-one cream—a cream for under your makeup, on your face as a night cream, also as a body cream. I rub copious amounts on my knees and elbows and any dry patches. And hands! So I recommend that you use it all over your body. What makes the resurrection cream so special is the resurrection plant, which was also found by MPG [editor’s note: the parent company of MDNA]. Here I am going to Africa year after year for almost 12 years. I didn’t know that these plants are all around me, they don’t stand out. They hide themselves. When they’re dry they just look like a dry shrub that you don’t pay any attention to. When you put water on them they open up and miraculously reinvent themselves. I was struck by the resiliency of the plant so we went one step further to extract the stem cells and combine that with the thermal water to make this cream. For me, it really does allow me to reinvent my skin. I have a connection to Africa, I am always being called the queen of reinvention, so to me it’s a perfect full circle and product connection and extension of me.”

On why aging should be a positive:

“I don’t like the word anti, I guess. Honestly it’s just a word. I think we’re put on this planet for a certain period of time and our body is going through a state of, I guess, aging and or deconstruction from the day we’re born. So my way of looking at is this: we might as well do whatever we can to stay healthy and achieve longevity and take good care of yourself for as long as possible. The aging process doesn’t have to negative. I don’t know why aging is a negative word, it needs to be a positive word. Yes, we are all aging, but it’s not about throwing in the towel—it’s about celebrating who we are and getting the best and most out of ourselves for as long as possible. And that comes from working on the inside as well as on the outside. Some people like freckles and lines, and by the way, it looks good on some people. I want baby soft, smooth, creamy, pale skin for the rest of my life. That’s what I want. That’s why I created skincare. And I’m gonna keep it, dammit!”

“I don’t know if you’ve seen the travel kit, but there’s a serum, the rose mist spray, and the face wash [editor’s note: the kit sold-out because it’s so good.]. So when I’m on an airplane, I just spray myself with the rose mist and I either put on the serum or The Reinvention Cream. Obviously you can only take small amounts on the plane. It’s a must-have for traveling.”

On bringing the Black Onyx roller to the States:

“After the Reinvention Cream, in the fall we have a line called Black Onyx [editor’s note: it’s currently available in Japan.]. It’s a combination of a device called a black onyx roller which is made with carbon which captures infrared heat. It’s something you use to push products into the skin. So one thing is called the Black Onyx roller, and then there’s a firming cream that comes with it. I use it not only on my face for lymphatic drainage but I use it and massage on my shoulders, and legs—my son uses when he gets home from soccer practice.”

On why she started MDNA Skin:

“For the skincare line in general, I wanted to create it because after all my traveling around the world, and all the spas I’ve been to, and all the products that people have given me to try, I was just tired of using so many different things and then finding something I love and then it got discontinued. Or I couldn’t find the right kind of cream that I could wear on stage under makeup that won’t make my makeup sweat off or protect my skin under the hot, baking lights. I wanted to create a line that was specifically for me and all-in-one so that I didn’t want to have to shop at six different places. And I wanted the ingredients to be pure and not chemicals. So I joined up with this company called MPG, and they’re leading high-tech research people who like really understand the science of beauty and they’re the ones who helped me find the thermal waters from Tuscany. Which is ironically where my father’s ancestors are from, so I have a DNA connection to the MDNA skincare line. These springs where these thermal waters flow, they’ve been around for thousands of years and people have been going to them to soak in the waters for anything from arthritis to eczema to psoriasis to any kind skincare ailment and also internal ailments. I love the idea that these healing thermal—I call them holy waters—are inside of the skincare line. That’s the hero ingredient.”

On how her skincare ties in with charity:

“I don’t believe in taking something from a place and not giving back so I have a long standing relationship with Africa, specially Malawi, and I wanted to make sure I gave back. So I have been working there for years now, spending most of my time and money on healthcare for children and education for girls. I wanted to make sure a portion of the proceeds went to schooling and educating girls. Every time someone purchases a Reinvention Cream, their money from that purchase will go to educating girls and making sure they have one year of schooling through my organization Raising Malawi. I’m gonna do it anyways, so I thought I would love to connect it to this product because the plant that is in it is from Africa. It gives people an incentive and makes people aware that they’re not just putting cream on their face—they’re also educating people so it’s not all superficial.”