I’m a Celebrity… Get Me Out Of Here! star AJ Pritchard’s girlfriend Abbie Quininen, has called the professional dancer “vain” and revealed he is always lifting up his shirt and admiring his body in the mirror. Abbie is also a dancer and has dated AJ since 2018. She has been watching the show and cheering him on but admitted that despite him being so vain, he can get away with it “because he is so good looking”. 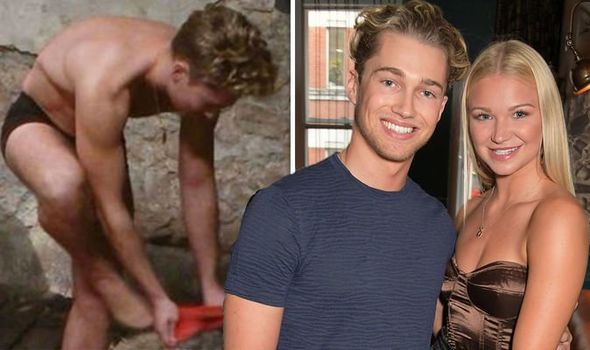 Abbie was also stunned to see him strip off in the shower in front of the cameras but added that she thinks he has a great bum.

She told The Mirror: “I couldn’t believe he stripped naked in the shower, he showed everyone his bum, he’s very proud of it.

“But he’s so vain. He lifts up his shirt and constantly looks at himself in the mirror and uses his curl cream and moisturises every day.

“He is good-looking though.”

Abbie also revealed she is proud of how AJ is coming across amid his row with campmate Shane Richie over the cleaning.

AJ moaned that Shane was not cleaning the pots and pans properly, and confronted a visibly disgruntled Shane over it. 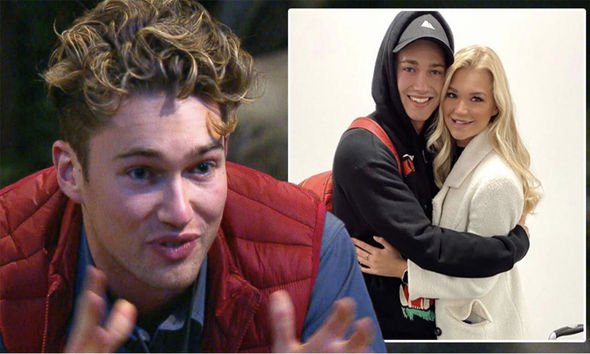 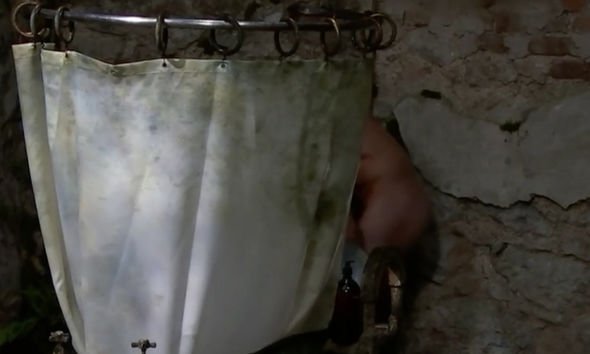 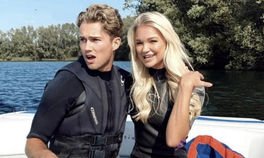 When it became AJ’s turn to wash the dishes, Shane threw his dirty crockery down into the bucket before firmly patting AJ on the shoulder.

Speaking of taking over the duty, AJ said in the camp’s Telegraph: “If you do a job too well you get given a job, don’t you?

“I’m happy with my role. Yeah, I don’t know why I’m talking high-pitched, but I’m happy.”

Some viewers have even branded Shane a “bully” over the tension between him and Shane. 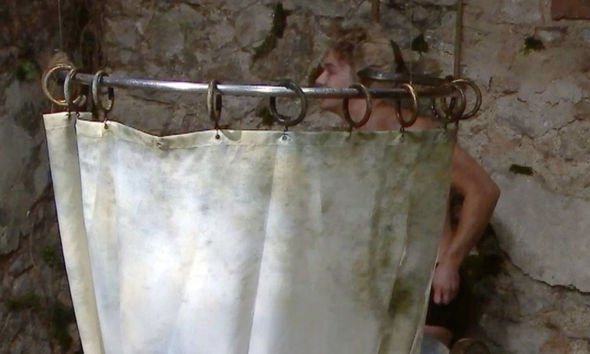 Abbie called AJ an “OCD clean freak” and she believes that is why they clashed over the grime on the pans.

But she also said she thinks the pair will settle their differences soon.

“I’m worried he thinks people are voting him for the trials because he’s being a k**b or being unjust. 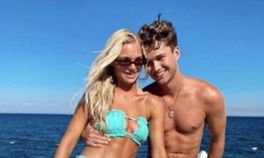 AJ and girlfriend Abbie, who is also a dancer [Instagram]

“The funny thing is there probably isn’t anything between him and AJ, and it’s mad because we’re all seeing a tiny little look in a 24 hour day.”

He added: “AJ probably would batter my dad… but he smashed it you know, that trial tonight was really really hard.”

I’m a Celebrity returns tonight at 9pm on ITV

aj pi, ctp_video, I'm A Celebrity
You may also like:

Here’s How Much Jeannie Mai Is Really Worth – The List

Chrissy Teigen’s Tweets About Her New Horse Hobby Are Wild