Few people are more familiar with Grand Army‘s history than Amalia Yoo. The 18-year-old actor has been telling a version of playwright Katie Cappiello’s Netflix teen drama since 2016, when she was cast as a minor character in Cappiello’s Slut: The Play. That stage production served as the inspiration for what eventually became Grand Army, and four years and multiple roles later, Yoo is finally introducing Grand Army‘s story to the world through the eyes of her character, Leila.

Unlike Grand Army, which tells the interweaving stories of five different protagonists, Slut, which originated onstage back in 2013, centered solely around the story of Joey Del Marco, a popular high school girl who was sexually assaulted by three of her friends. Yoo started out in Slut playing a side character named Jane before moving to the starring role as Joey a couple years later. When Cappiello announced she was working on a Netflix series inspired by Slut, she told her theater students she wanted to have as many of them audition for the show as possible.

"From that point on, it was really just me figuring out any way possible that I could be part of this project, " Yoo tells Elite Daily. "Katie had to fight for me to get to audition in the first place, because I’m a complete unknown and I don’t have a manager, I don’t have an agent. She had the casting directors take a chance on me, as she did with a lot of her other students … I never imagined that I would get as big of a role as I did." 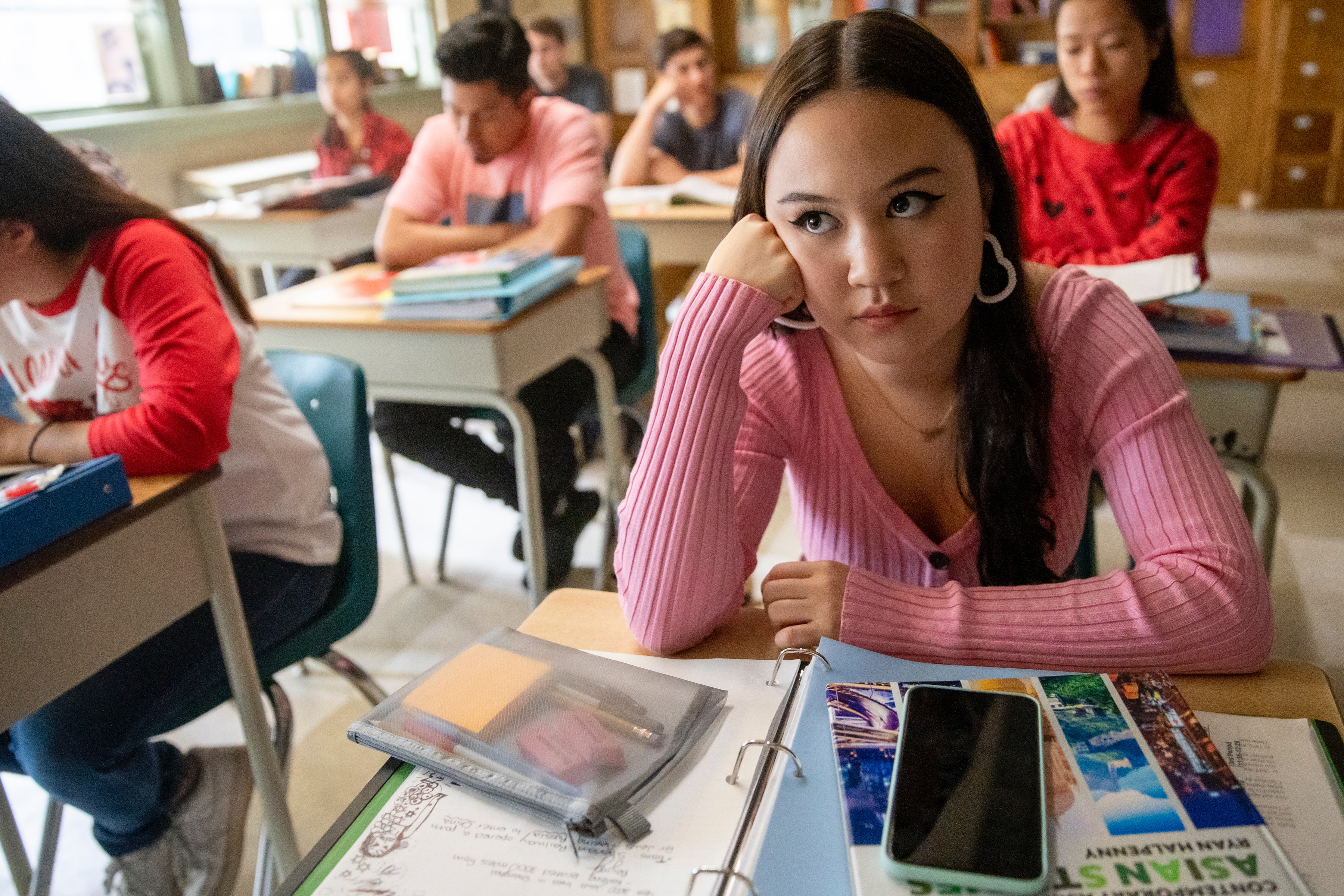 Even though she was intimately familiar with the character of Joey, Yoo never went out for the Grand Army version of the character. Yoo was 16 at the time of auditioning, and she says the actor who played her needed to be at least 18 — possibly due to the graphic nature of Joey’s sexual assault depicted onscreen. (The role went to Odessa A’Zion, who plays Joey strikingly.) Instead, Yoo portrays Leila Kwan Zimmer, a freshman girl who was born in China and adopted by white, Jewish parents. For reasons that can only be fully understood once you watch the show, Leila is arguably the most complicated character of Grand Army‘s ensemble cast.

"I feel like with Leila it’s so fun, because you think she’s going to do one thing and then she completely surprises you and does something else," Yoo says. "I hope people are really excited by her. I hope people relate to her. I expect some people may not like her as well. I hope they’re sitting on the edge of their seats whenever Leila’s scenes come up."

Warning: Light spoilers for the Grand Army Season 1 finale follow. By the end of Season 1, Leila is the only one of the five main characters who leaves off on a truly dark note. Does that mean she’ll get some redemption — or punishment — in future episodes? Yoo isn’t sure yet.

"We’re going to knock on wood and manifest Season 2," she says, noting there’s no word about a renewal from Netflix just yet.

If more episodes do come, though, she already knows what she wants to see from her character. "I think Leila is going to continue to go through so much change — she’s only 14," Yoo says. "I’m really excited for her to come into herself some more. I definitely think there’s going to be some more questioning of [her] identity, of how she wants to see herself in the world."