Anitta, Maluma, Wisin and Myke Towers know how to open a show! The group brought their star power to the 2021 Latin American Music Awards, held at the BB&T Center in Sunrise, Florida, on Thursday.

Dressed in coordinating looks, and appearing across several stages, the group performed the remix of their song “Mi Niña.”

Anitta is a two-time Latin AMAs winner. She took home her first trophy in 2018 when “Medicina” won Favorite Video. In 2019, “R.I.P” also won in the same category.

Prior to her performance, Anitta rocked the red carpet in a long-sleeved crop top and see-through skirt. 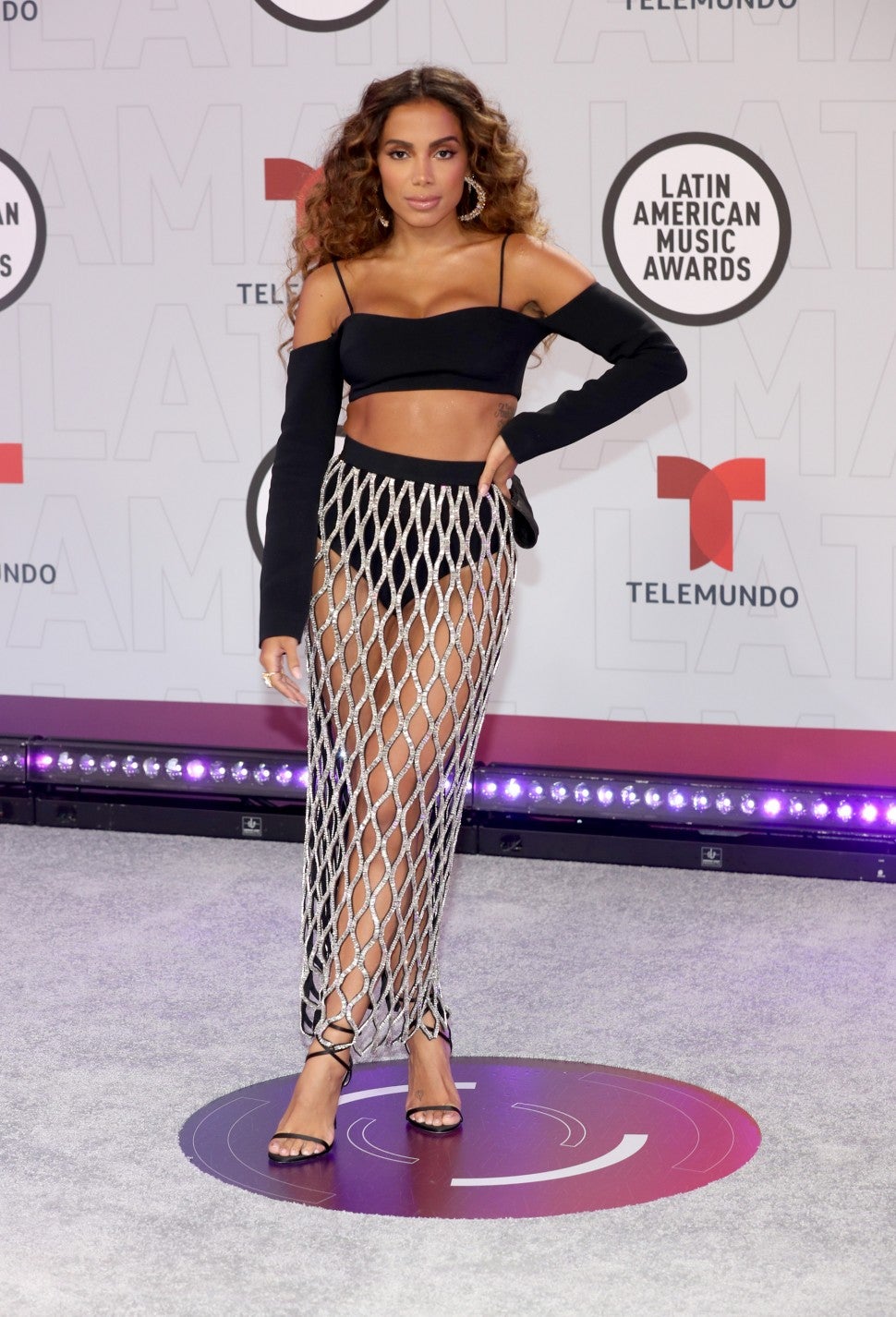 Meanwhile, Anitta previously opened up to ET about representing Latinas in the music industry, especially in the urban genre. “For me, it’s a responsibility … and at the same time, we have few women in the urban side … so being one of them is amazing.”

For more on Anitta, see below.

a, Awards-, ET MÁS, music, News
You may also like: