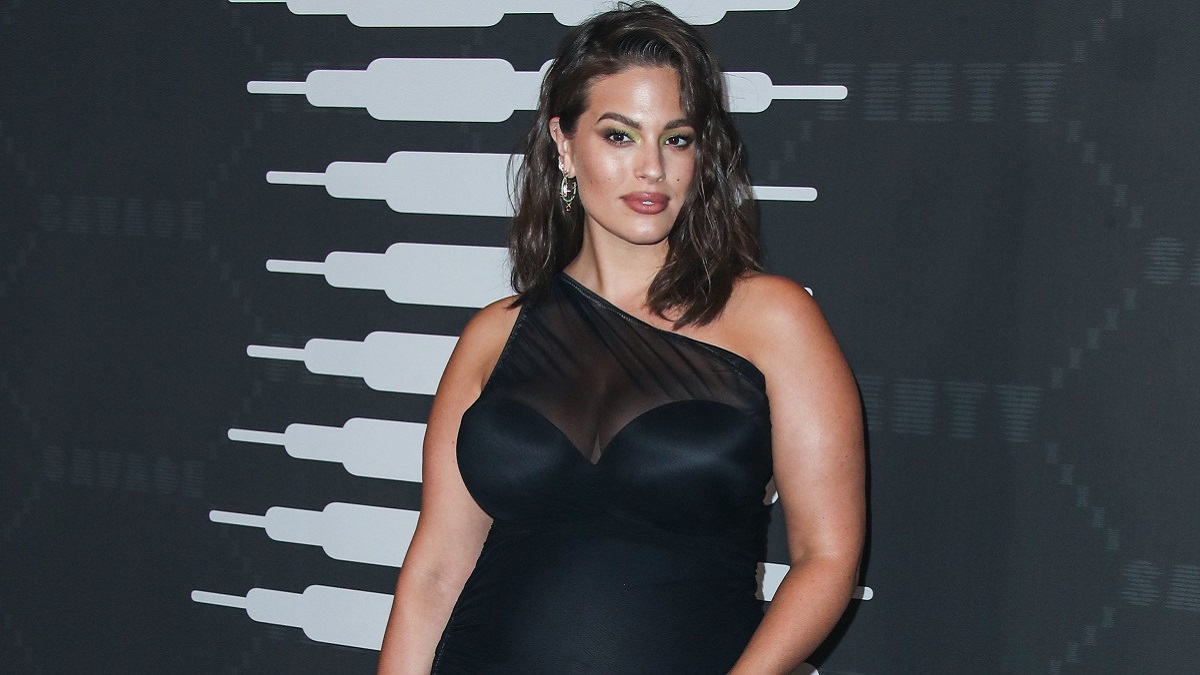 The model took to Instagram on  Sunday to share a nude selfie with her more than 11.4 million followers.

The photo, captioned “nakie big girl”, shows the model standing naked in front of her bathroom mirror with her arms folded across her breasts.

The photo discreetly cuts off just low enough to show a tattoo on the right side of her lower hip.

Graham’s Instagram followers reacted positively to the photo. It received more than 1.1 million views on the photo and video sharing platform.

Some of her fans objected to her using the phrase “big girl” to describe herself, saying that her figure was “natural” and “womanly,” and that she should not have to apologize for it.

“I hate that this is seen as ‘big girl.’ I see nothing but a beautiful, naturally curvy woman in all her glory… super sexy and womanly,” one Instagram fan reacted.

Others simply praised her for fostering body positivity and posted admiring comments about her figure, describing it as “curvy,” and “sexy”.

Graham later reacted to comments objecting to her use of the phrase “big girl” to describe herself.

She advised her fans to accept the term and to view it positively.

“I hear what you’re saying,” she responded to one fan. “But if you look at ‘big’ as a positive or love then you can see it like I do.”

“I love my big strong beautiful body,” she added.

Graham’s fans have also been sharing the photo on other social media platforms, including Twitter.

Graham took to Instagram to share the intimate photo with her fans after she and Ervin welcomed their child, Isaac, in January.

Graham and Ervin marked their ninth wedding anniversary back in August 2019 by announcing that they were expecting their first child together.

After she announced her pregnancy, Graham started documenting her body transformation on social media. She has continued sharing photos of the changes she’s been undergoing since giving birth while encouraging her fans to embrace body positivity.

Her husband, Ervin, did a portrait of his wife for U.K.’s Harper’s Bazaar magazine back in spring. The photo, her first photoshoot after she gave birth in January, showed her breastfeeding baby Isaac while standing outdoors at their home in Nebraska.

She also recently shared a video of her stretch-marks on Instagram.

Graham’s husband is a cinematographer, writer, director, and producer, who holds an MFA in social documentary filmmaking from the New York School of Visual Arts in New York.

ashley, Graham, Nude, self, shares
You may also like:

The Conners’ Emma Kenney: 25 Things You Don’t Know About Me!

14 Trans Celebrities’ Quotes About Identity That Are So Powerful

Anton Du Beke wife: When did Anton and wife Hannah get married?