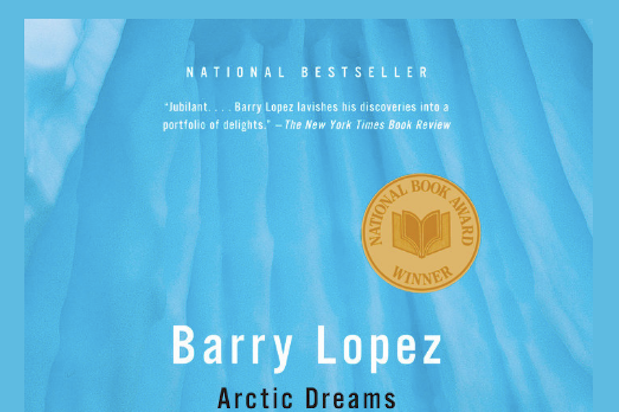 Acclaimed nature author Barry Lopez, who earned a National Book Award in 1986 for “Arctic Dreams,” died on Christmas Day following a years-long battle with prostate cancer, his wife confirmed to NPR. He was 75.

For more than 40 years, Lopez was a prolific writer of both fiction and non-fiction books. His 1978 book “Of Wolves and Men”, which examined the long, complicated relationship between wolves and mankind, was an early career breakthrough for Lopez, becoming a National Book Award finalist. He went on to win the award for non-fiction eight years later with his signature book, “Arctic Dreams,” which examined the harsh climate of the Far North and its defining features, from frozen seas to the northern lights. The award was well-earned, with Lopez investing five years into traveling and researching the Arctic.

“His books are landmarks that define a region, a time, a cause,” friend and former Oregon Poet Laureate Kim Stafford told The Oregonian.  “He also exemplifies a life of devotion to craft and learning, to being humble in the face of wisdom of all kinds.”

Born in Port Chester, New York in 1945, Lopez grew up in Southern California before later attending the University of Notre Dame, where he earned undergraduate and graduate degrees in the mid-to-late 1960s. Lopez had been a longtime resident of Oregon at the time of his death.

Lopez specialized in environmental and nature themes, but he was also capable of profoundly personal and moving stories; in his 2013 essay, Sliver of Sky, Lopez revealed he had been sexually abused from the age of seven to 11 by a family friend. Lopez later told NPR the experience made him afraid and shameful around other people — something that stood in stark contrast to the connection he felt with animals in the California wilderness.

“They didn’t say, “Oh, we know what you went through,” Lopez said. “I felt accepted by the animal world.”

Lopez, according to the Oregonian,  is survived by his wife and four daughters; Amanda Woodruff, Stephanie Woodruff, Mary Woodruff and Mollie Harger; three grandchildren; and a brother, John Brennan. A memorial service will be held when it’s safe to do so, his family said.

awa, Barry, book, Lopez, national
You may also like: