It is traditionally the preserve of mainly white casts.

But now the BBC is shaking up period dramas with its first production featuring no white stars at all.

The all-Indian line-up for A Suitable Boy includes the director Mira Nair. The adaptation of Indian author Vikram Seth’s award-winning 1993 novel is set in the 1950s in the wake of India’s partition in 1947. 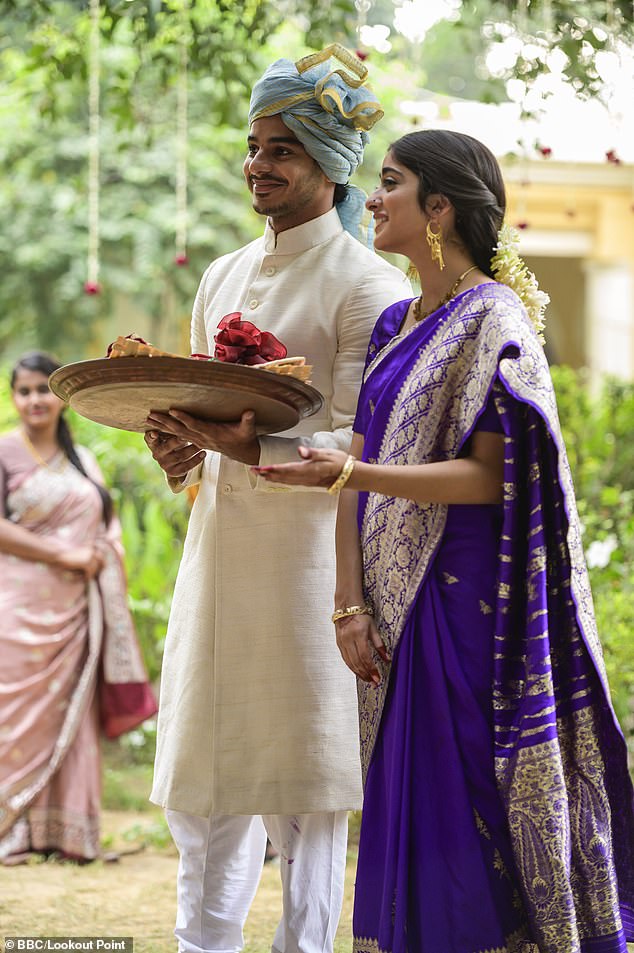 New show: The BBC’s upcoming period drama A Suitable Boy will have an all-Indian cast (pictured is Ishaan Khatter who plays Maan Kapoor and Tanya Maniktala who plats Lata Mehra)

The six-part series tells the story of a strong-willed woman, Lata Mehra, played by Tanya Maniktala, 23, who wants to choose her husband rather than have an arranged marriage.

Although the line-up is Indian, the story has been adapted by Welsh screenwriter Andrew Davies – a move criticised in some quarters.

Seth defended Davies, 83, claiming race ‘should have nothing to do with it’. 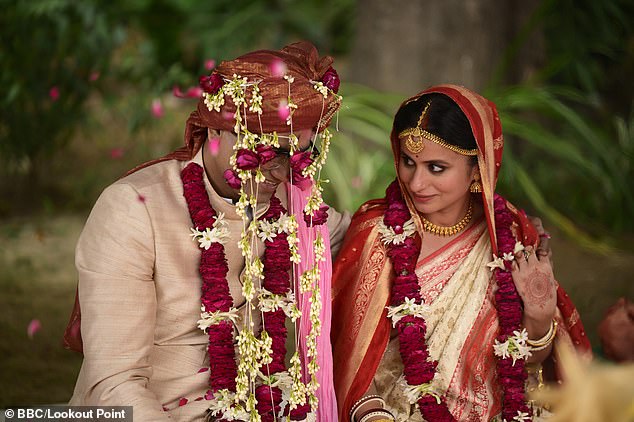 Story: The show is based on adaptation of Indian author Vikram Seth’s award-winning 1993 novel (pictured is Gagandeep Singh Riar as Pran Kapoor and Rasika Dugal as character Savita Mehra Kapoor)

While actress Ms Maniktala has said: ‘An all-Indian cast is the only way to go about it… We embody those values, those principles. We have grown up with them.’

It comes after actress Tanya revealed that she couldn’t help acting the starstruck fan on set when she met her Bollywood co-star and kept calling him ‘Sir’.

She told The Mail on Sunday that she became tongue-tied when she was introduced to Namit Das, who plays a love interest.

Recalling their first rehearsal, she said: ‘It was extremely nerve-racking. The strange thing for me was that I had seen all these people on the big screen and I had never imagined myself in that situation.

‘When I first met Namit, I kept calling him “Sir”. He said, “Tanya, you just have to relax. We are all working together so there is nothing to be nervous about.” I had to believe in myself because the director believed in me.’ 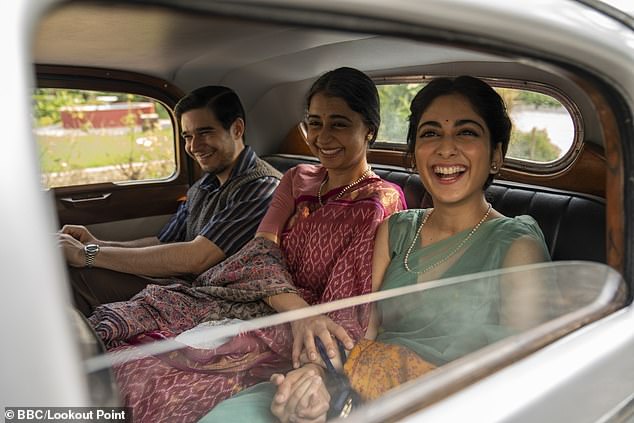 Choices: The six-part series tells the story of a strong-willed woman, Lata Mehra, played by Tanya Maniktala (right) who wants to choose her husband (also pictured is Vivaan Shah and Mahira Kakkar) 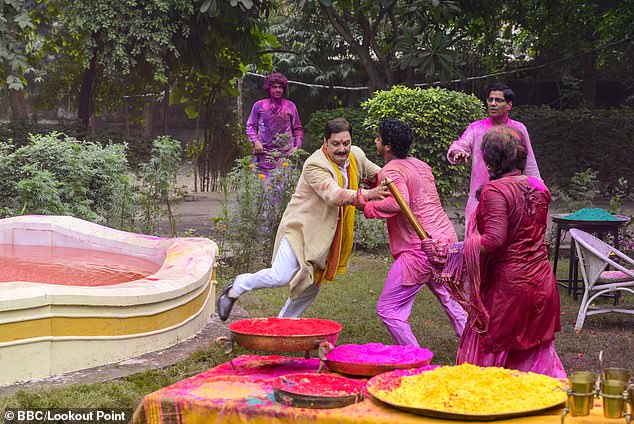 Key: Actress Tanya said ‘an all-Indian cast is the only way to go’ ahead of the show airing (pictured is a scene with Vinay Pathak, Shaan Khatter, and Gagandeep Singh Riar)

Director Mira Nair said she picked the unknown actress above some of Bollywood’s biggest stars because she was like a ‘dewdrop’ yet to discover the world.

Meanwhile friends of the actress from the University of Delhi, where she studied English literature, recall a conscientious student who was an enthusiastic member of the drama society.

Sankhya Joshi said: ‘Tanya has always been this innocent and modest girl, who has always seen the good in others. We’d call her Miss Modest.’

A Suitable Boy, which has been adapted by acclaimed screenwriter Andrew Davies from Seth’s 600,000-word novel, will also air on Netflix.

The drama starts on BBC1 next Sunday at 9pm. 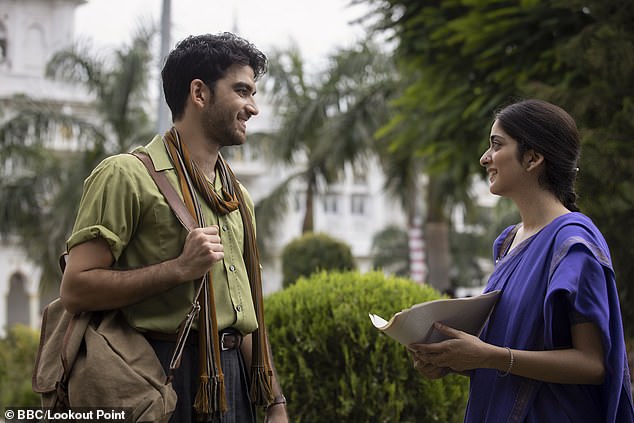 Reworked: A Suitable Boy has been adapted by acclaimed screenwriter Andrew Davies from Seth’s 600,000-word novel and will also air on Netflix (Danesh Razvi and Tanya Maniktala are pictured)

a, BBCs, drama, period, Suit
You may also like: