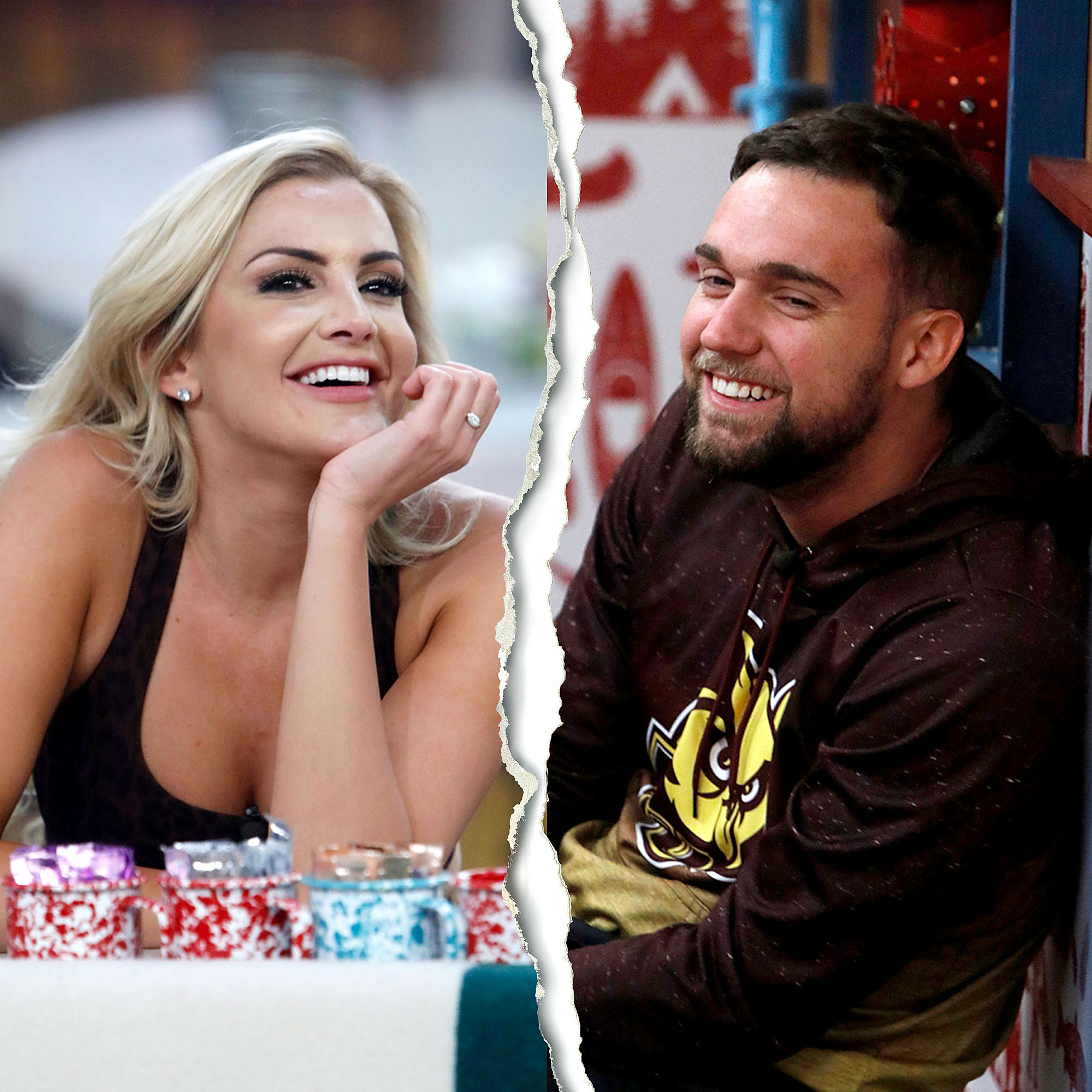 Another Big Brother showmance is over. Kathryn Dunn and Nick Maccarone have called it quits after less than a year together, Us Weekly can exclusively reveal.

Dunn confirmed the split to Us in an exclusive interview on Monday, April 20, explaining that the pressures of maintaining a long-distance relationship amid the coronavirus pandemic put a strain on their romance.

“Just the whole timing of the quarantine really took a toll,” she said, revealing that the pair broke up on April 9 after an argument on her Instagram Live.

Dunn told Us that she had planned to visit Maccarone in New Jersey before the stay-at-home rules were put in place but canceled her travel arrangements. That led to fans speculating about the status of their relationship on social media, which added to the couple’s issues.

“They were messaging him things like, ‘Oh, you deserve to find someone who really loves you, and she’s just not it.’ You know, just getting involved in our business,” she said. “It was kind of starting to cause, like, little arguments here and there. Just that along with the stress of quarantine and everything going on, it was getting like a little shaky I guess.”

Things came to head when Dunn poked fun at her boyfriend after he joined her Instagram Live. “Regularly, like, I think that he would have taken the joke in stride, but I think that just like that on top of the fans saying, like, ‘Oh, she doesn’t really like you’ and all the other stuff, I think that it was maybe just like the straw that broke the camel’s back,” she told Us.

Maccarone left the Live and the pair argued in the comments. “It was just a little — and I’ll say this cause we’ve talked about it since, so he knows — it was very childish. It was something that shouldn’t have happened, especially on such a public outlet,” Dunn admitted.

After ending the Live, she called her boyfriend and they “had a really long talk.” “We both decided that it was best given the current stressors, that it wasn’t a good time to really continue our relationship,” she revealed.

As for how they are doing now, almost two weeks after their split, Dunn says they are “on great terms” and still text, call and FaceTime each other. “He’s still one of my best friends, we still talk pretty much every day,” she told Us.

Dunn and Maccarone met while filming season 21 of Big Brother during the summer of 2019. While Maccarone was romantically involved with housemate Bella Wang at the beginning of the season, he was caught getting flirty with Dunn in the jury house.

“Our relationship in the jury house wasn’t based on cheap sexual gratification — it was an actual, genuine friendship,” the former NBA dancer told Us in October 2019. “I would not have disrespected Bella by kissing Nick or doing anything inappropriate on camera. But with that being said, keep in mind that Bella already broke up with Nick over Twitter while he was away in the house. I understand she was embarrassed that the idea of Nick having feelings for somebody else was publicly aired on the show, but she had clearly moved on before any sort of drama was revealed about us.”

Later that month, Dunn and Maccarone seemingly confirmed their romance via Instagram.

“I love our ‘genuine friendship,’” the therapist wrote alongside a cozy pic of the pair at the time.

While Dunn hasn’t shared photos of Maccarone on social media in recent months, the New Jersey native wrote about how much he missed her on March 27.

“I need this coronavirus to be done so I can get my girlfriend back,” he wrote on Instagram. “Miss her so much. Thanks for making my heart beat different when I’m with you.”

With reporting by Kaley Stumpe

And, big, brothers, Dunn, Kathryn
You may also like: