Follow
Home » Celebrities » Billie Eilish appeared to call out influencers for partying during the pandemic: ‘I haven’t hugged my best friends in 6 months’

Billie Eilish appeared to call out influencers for partying during the pandemic: ‘I haven’t hugged my best friends in 6 months’ 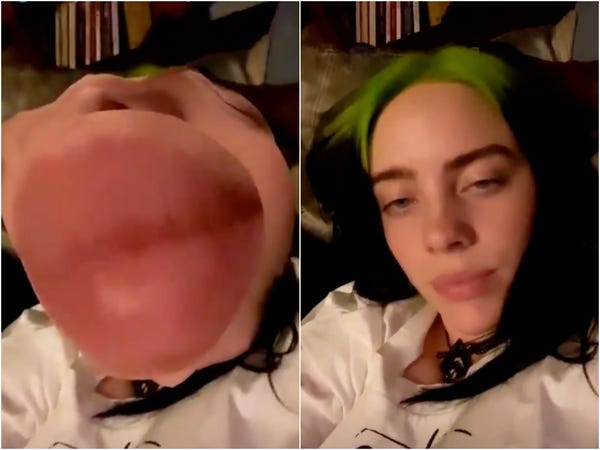 Billie Eilish said on her Instagram story that it was "funny" that so many people are out partying during the pandemic, while she has been observing strict social distancing measures. The look on her face made it clear she didn't find it funny in the slightest.

"Funny how I haven't hugged my best friends in six months, and y'all are out here partying," she said with a filter that made her mouth appear huge. "Funny."

Zooming out revealed her deadpan expression and complete lack of amusement at the vast hordes of people who continue to go out and party with each other, despite rising COVID-19 cases.

Eilish may well have had stars such as Tana Mongeau and Charli D'Amelio in mind, who have been spending time at parties held at influencer houses.

Jake Paul held a party at his Team 10 mansion on July 14, where dozens of unmasked influencers canoodled and swung from heavy machinery. A week later, 67 influencers entered the Hype House for a TikToker's birthday where they hugged and took photos, and apparently ignored social distancing measures.

"Warning: a lot of influencers have been confirmed to me testing positive for COVID-19 after the influencer parties, like a LOT," tweeted YouTuber Elijah Daniel. "And they aren't saying anything and aren't warning people they came in contact with after. If you attended, get tested. Y'all caused an outbreak. Thanks!"

YouTuber and satirical news reporter Def Noodles also tweeted out several messages from anonymous sources at the beginning of August, who claimed Sway House and Hype House members had tested positive for COVID-19, and continued to party and meet up with friends anyway.

Some influencers, including Josh Richards and Griffin Johnson, have since posted Instagram stories of them getting COVID-19 tests. Charli D'Amelio recently told her fans she was getting tested regularly and being safe after receiving some backlash for attending Bryant's birthday party.

YouTuber and TikTokers caught on camera by The Hollywood Fix paparazzi also seem to now be wearing masks whenever they head out to eat at influencer hotspots such as BOA steakhouse. But while they might be getting the message about the importance of a face covering, the partying definitely hasn't stopped.