Bros star Matt Goss took a nasty tumble in the middle of his performance with brother Luke on Friday.

The legendary singer, 50, fell off the stage during a rendition of his epic hit When Will I Be Famous? at the O2 Academy in Brixton.

Despite the fall – which was captured by a fan – Matt appeared to style out the blunder, with a flurry of fans taking to social media to praise the sensational show. 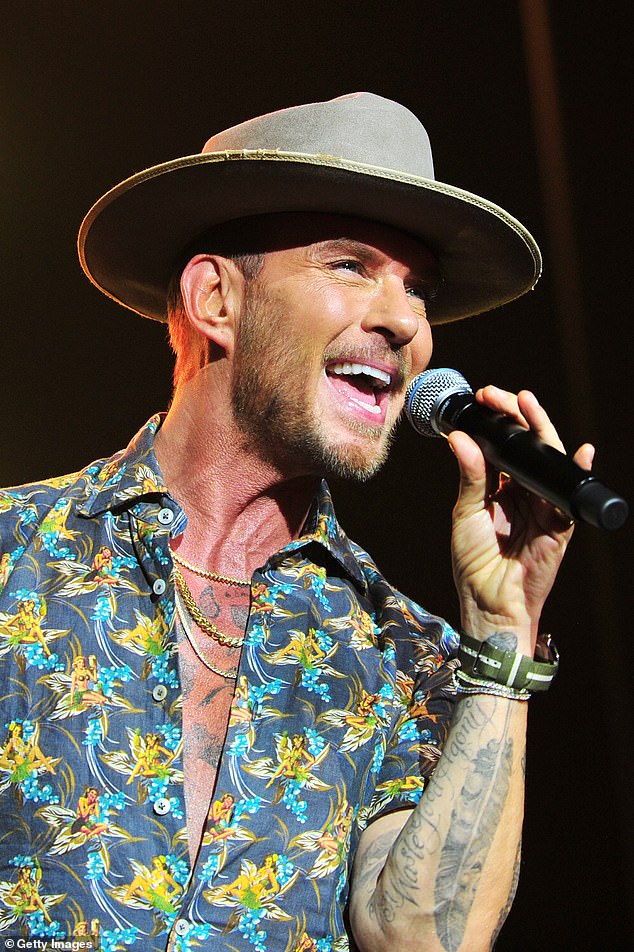 Ouch! Bros star Matt Goss, 50, took a nasty tumble in the middle of his performance with brother Luke on Friday 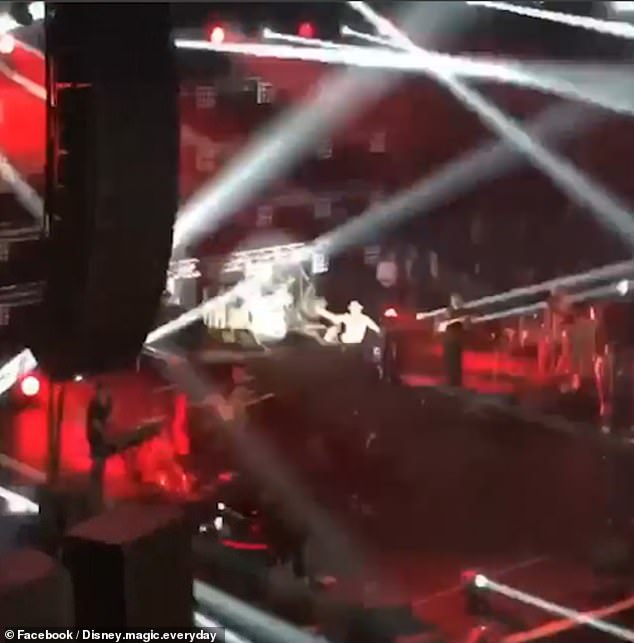 Nasty: The music legend fell off the stage in the middle of a rendition of When Will I Be Famous? at the O2 Academy in Brixton

In the clip, Matt can be seen moving towards the back of the stage where Luke was accompanying him on the drums.

As fans screamed in delight, the former teen heartthrob moved towards the left of the stage, before falling off the edge.

While gasps broke out among the audience, The Mirror reports that Matt quickly climbed back onto the stage and completed the concert with ease. 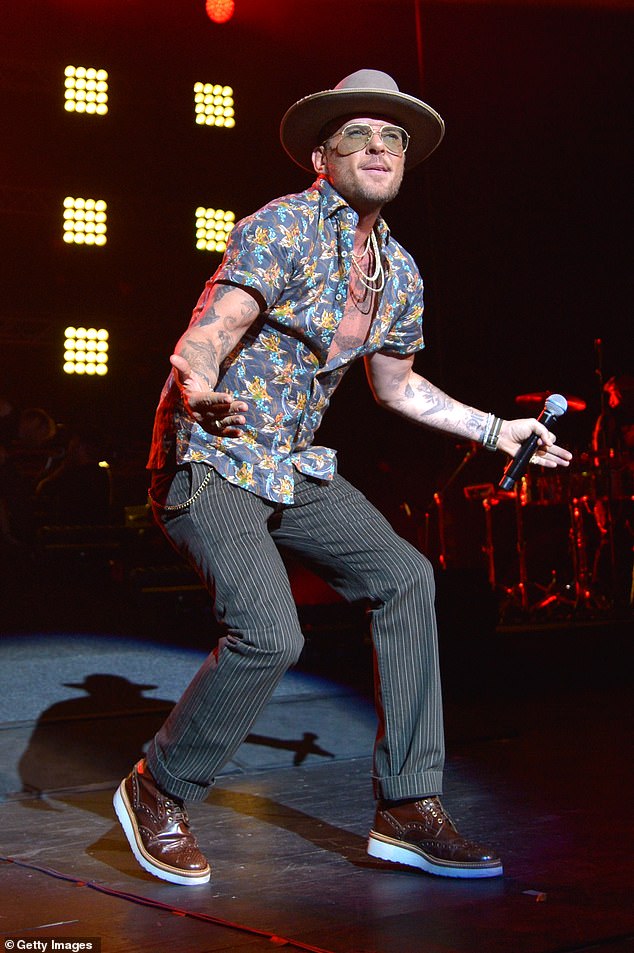 Triumphant: Matt had been delighted an audience of thousands at the show in South London, following Bros’ sensational comeback earlier this year 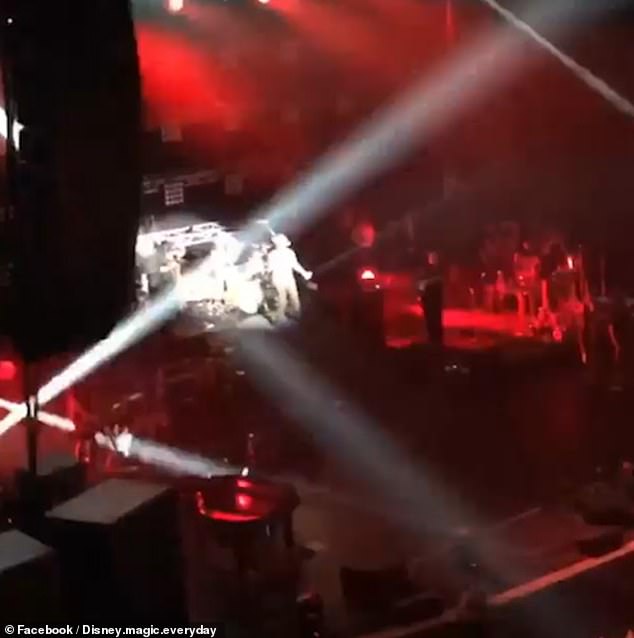 Love it! Captured by a fan, the fall came after Matt moved to the back of the stage as Luke accompanied him on the drums 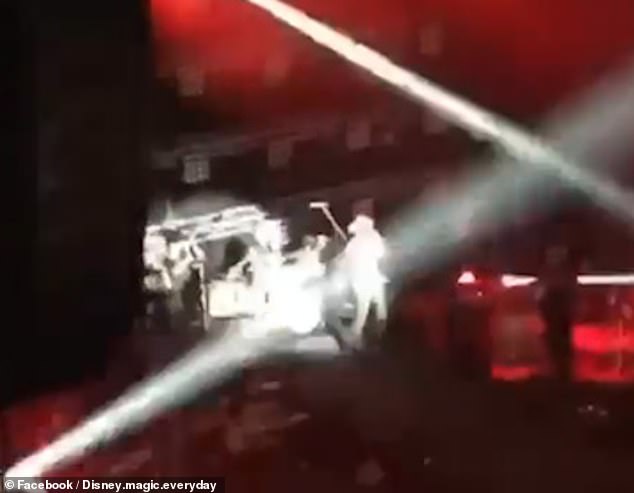 Energetic: The music star appeared to move towards the left of the stage without noticing the gaping space

Several fans took to Twitter following the concert to share their concern for Matt, while others praised the musician for soldiering on despite the injury.

One fan posted: ‘Great work @mattgoss @lukegoss and @lemontwotter at Brixton tonight. Hope @mattgoss ok after that fall. Styled it out well though. Complete pro.’

Another added: ‘@mattgoss fabulous show tonight I hope you are no too sore from your tumble #greatrecovery.’

Matt himself also took to social media after the performance, writing: ‘I don’t say this lightly, but what a legendary show @o2academybrix we officially have the best fans in the world!!! I bloody love you.’

MailOnline has contacted representatives for Matt Goss for further comment. 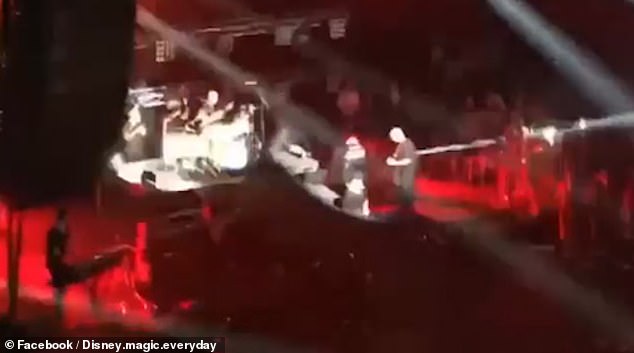 Going down! But after falling from the stage’s edge, Matt appeared to style out the blunder and completed the concert with ease

Sensational: Several fans took to Twitter to praise the concert, while also sharing their concern for Matt

I’m OK! After the concert Matt took to Twitter to address fans fears, implying that all was well as he thanked the audience for their support 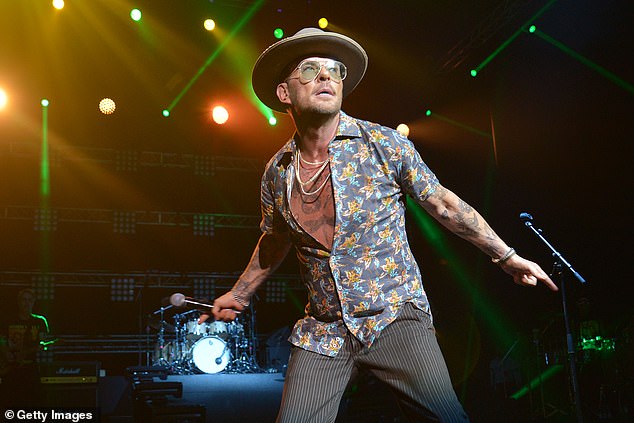 Wow! The British star displayed his signature sense of style as he delighted the crowd of die-hard fans

Luke and Matt delivered the triumphant performance together after their sensational comeback earlier this year.

The pair’s vitriolic relationship took centre-stage in the documentary After The Screaming Stops, which aired in December and quickly gained rave reviews for the twins hilarious one-liners.

The film followed the brothers as they prepared for their emotional sell-out reunion gigs at London’s O2 Arena, nearly 30 years after they last took to the stage together, while simultaneously trying to repair their bond after a decade of minimal contact.

But with one liners about not being able to play conkers, Matt saying Stevie Wonder had inspired him not to be ‘superstitious and the brothers likening themselves to rectangles that made up a fortress, the show quickly became a fan favourite for very different reasons than the reunion. 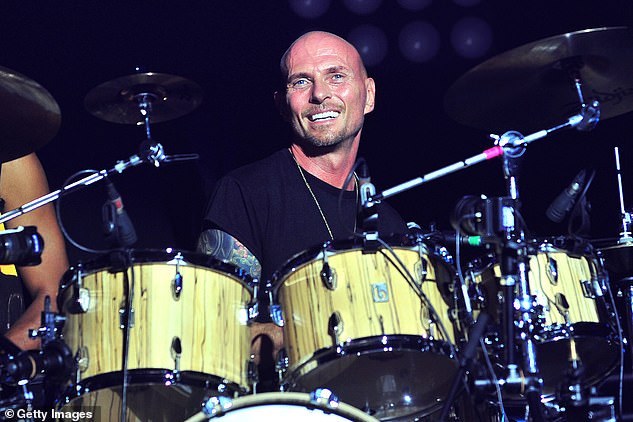 Looking good: Luke accompanied his brother on the drums as they delivered a medley of their greatest hits 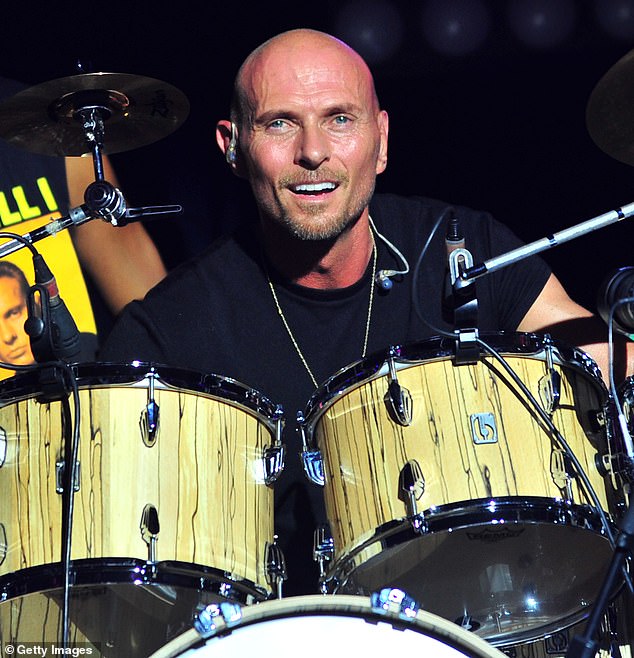 Suave: The British performer opted for all-black as he wowed audience with his music skills 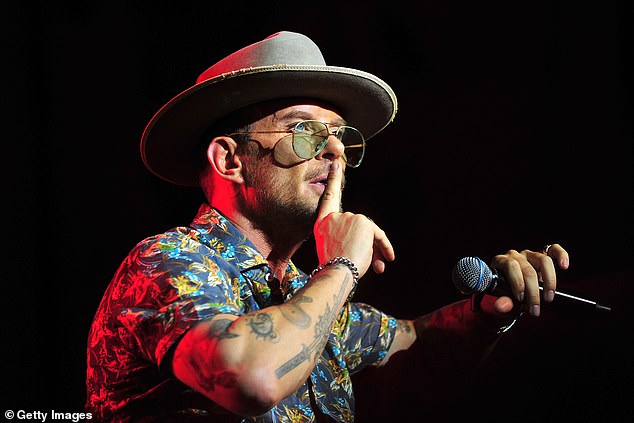 Loving it: The pair’s vitriolic relationship took centre-stage in the documentary After The Screaming Stops, which aired in December and quickly gained rave reviews 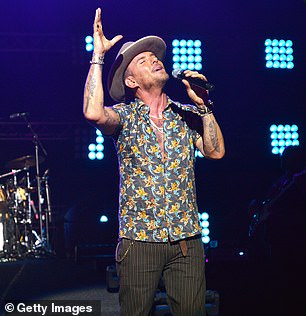 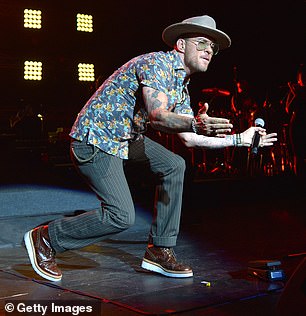 On the up: Despite his fall, Matt still delivered an energetic performance as he roused the watching crowd 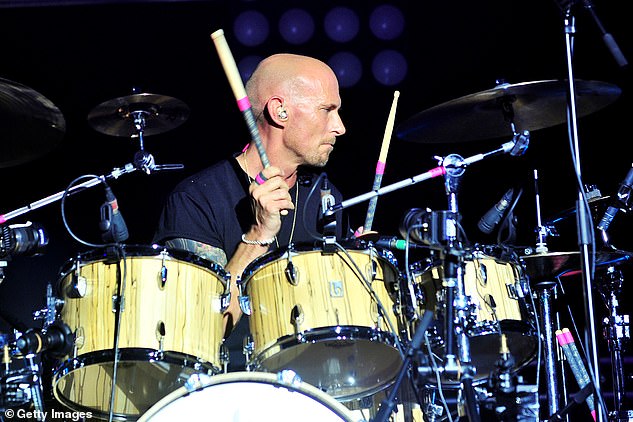 Back together: The band, which inspired teenagers to wear bottle caps on their shoes, originally split up in 1992

The documentary promised ‘a raw and emotional look into the aftermath of fame and the reconnection between two twins torn apart by their past’ while showing no-holds barred clips of the pair rowing and crying over the bond they used to share.

The band won universal acclaim with their comeback concerts in London, but scrapped dates in Newcastle, Glasgow, Nottingham, and Birmingham.

The band, which inspired teenagers to wear bottle caps on their shoes, originally split up in 1992. 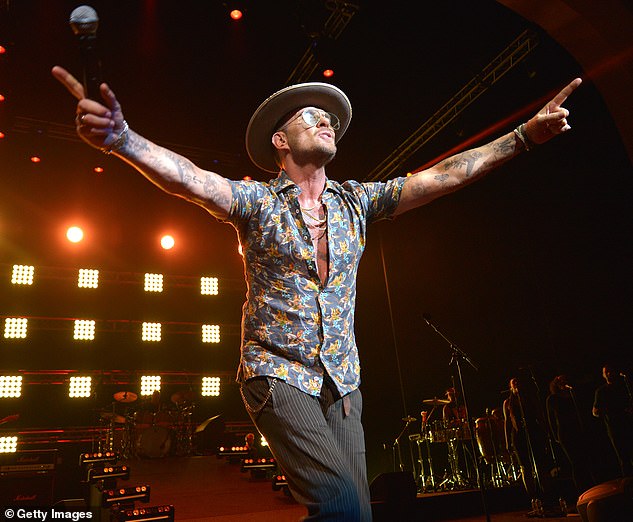 Bros, FALLS, Goss, Matt, OFF, star
You may also like: