Cameron Boyce died in his sleep due to “a seizure which was a result of an ongoing medical condition”, his family confirmed.

Tributes for the Disney Channel star have now flooded in with Skai Jackson leading the way.

On his most recent Instagram post, which was uploaded just a day ago, his on-screen sister from Jessie, Skai, shared her tribute.

She commented: “I love you. Forever in my heart.” 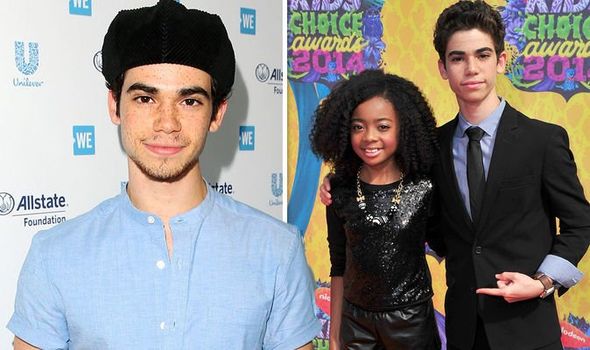 YouTube sensation, Ricky Dillon, wrote on Twitter: “I am absolutely heartbroken, i don’t want this to be true. RIP cameron boyce we love you legend.”

Make-up artist, James Charles, said: “Rest in peace to cameron boyce. he was so young, incredibly talented, but also one of the kindest ppl I’ve ever met. sending love to his friends & family.”

A family spokesperson told ABC News: “It is with a profoundly heavy heart that we report that this morning we lost Cameron.

“He passed away in his sleep due to a seizure which was a result of an ongoing medical condition for which he was being treated.”

It continued: “The world is now undoubtedly without one of its brightest lights, but his spirit will live on through the kindness and compassion of all who knew and loved him.

“We are utterly heartbroken and ask for privacy during this immensely difficult time as we grieve the loss of our precious son and brother.”