Ready for round two? Chrissy Teigen had surgery to remove her breast implants two months ago, but hoped for more noticeable results.

Stars Who Regret Their Plastic Surgery

The Cravings cookbook author, 34, opened up about the possibility of having another surgery on her way to the second day of filming one of husband John Legend‘s new music videos on Thursday, July 23. 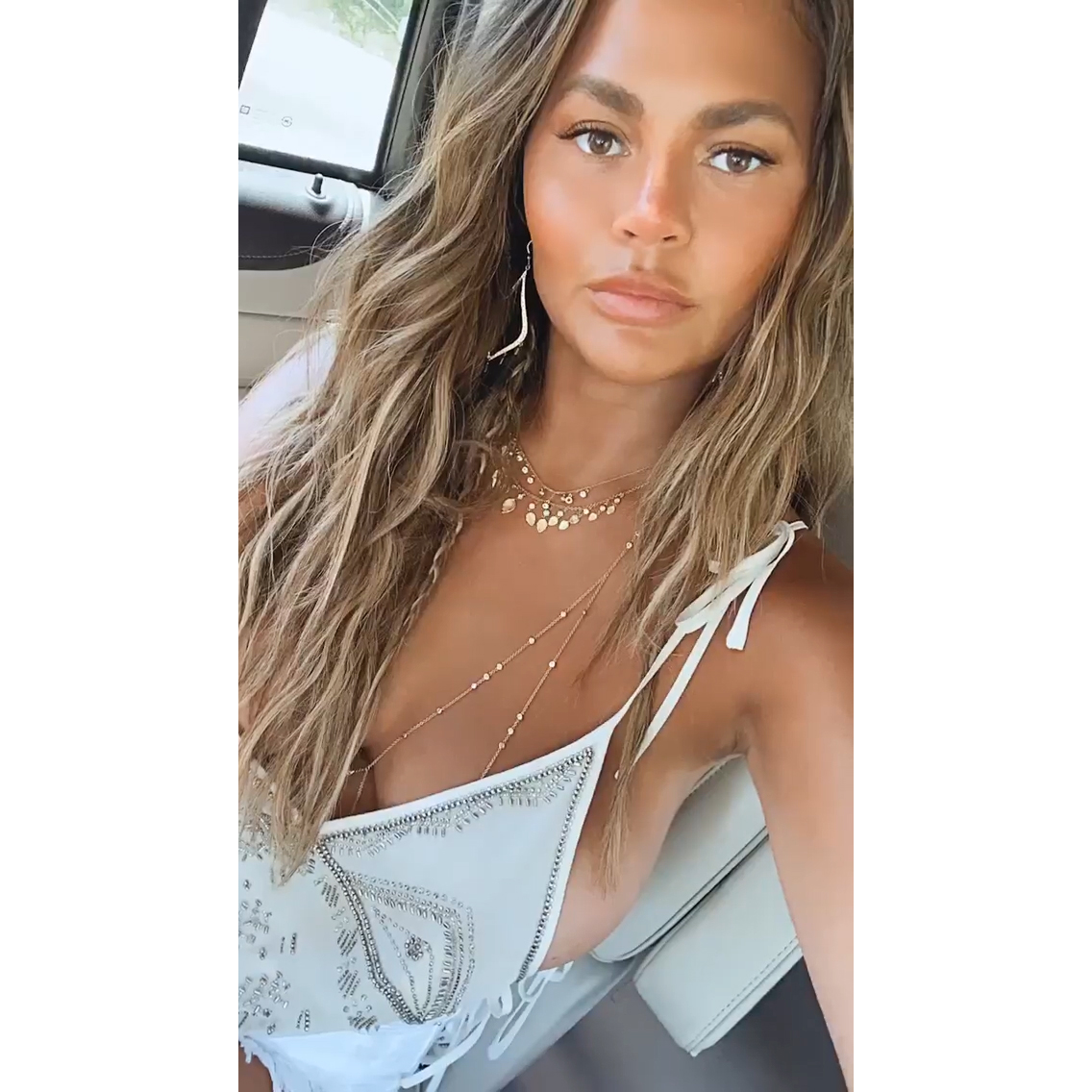 “This is supposed to go over each … but my boobs are too low,” she joked in an Instagram Story as she adjusted a loose-fitting white top. “And yes, they are still huge. I think I honestly will do it again and have them make them smaller. I did not expect that they would still be this large.”

In May, the Lip Sync Battle cohost revealed that she was getting her breast implants taken out after having them for 10 years. Teigen addressed her “nosey” fans on Twitter after sharing a video of herself getting tested for COVID-19, and noted that she would “like to be able to zip a dress in my size” and “lay on my belly with pure comfort.”

Chrissy Teigen and John Legend’s Best Moments With Their Kids 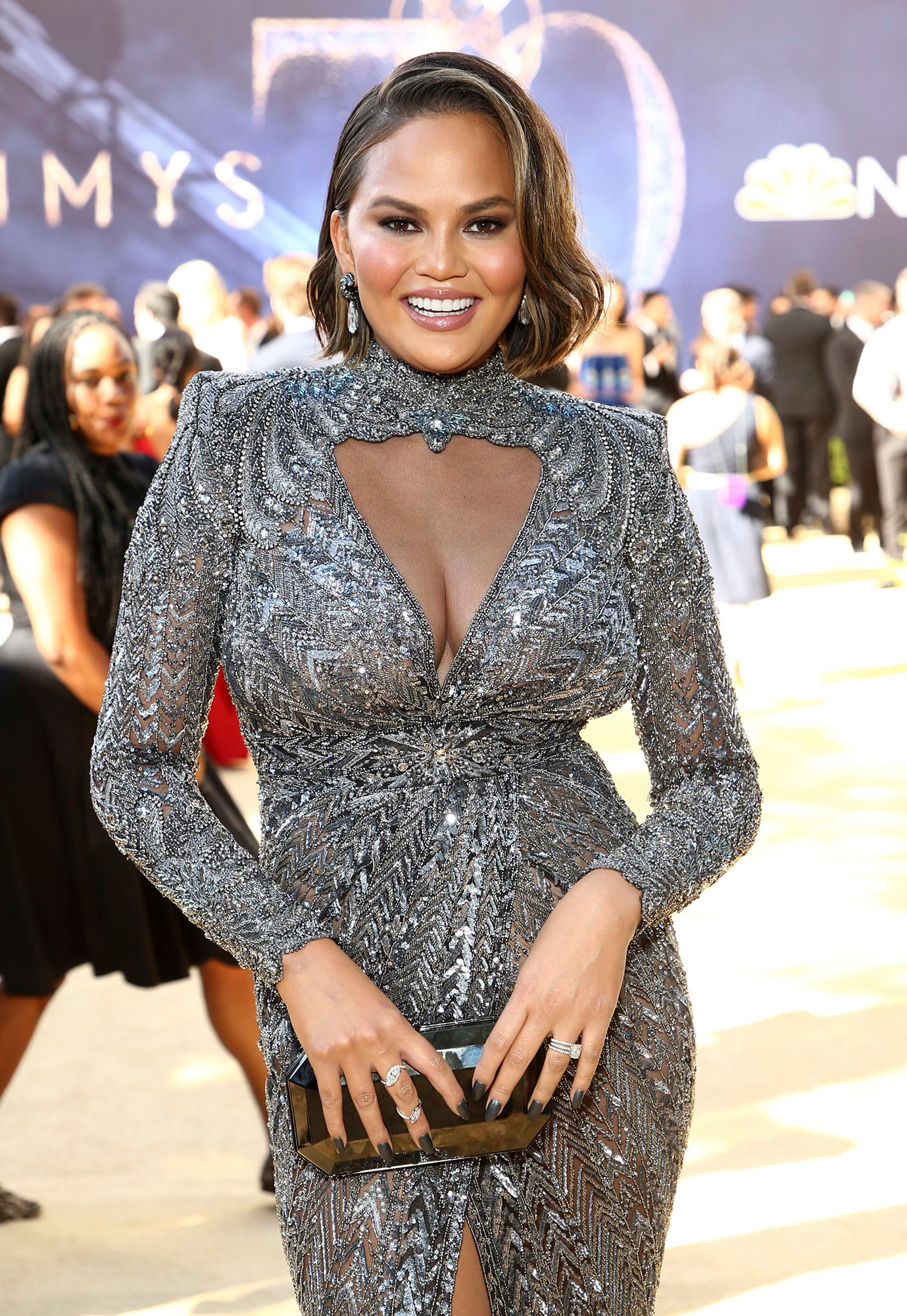 “They’ve been great to me for many years but I’m just over it,” she said of her implants. “I’ll still have boobs, they’ll just be pure fat. Which is all a tit is in the first place. A dumb, miraculous bag of fat. ❤️.”

After her procedure, the Chrissy’s Court host celebrated with a custom cake that featured a pair of breasts and a tombstone with “RIP 2006 – 2020” written in frosting. While on vacation with her husband, 41, and their two children, Luna, 4, and Miles, 2, Teigen showed off her scars to prove to her haters that she actually had the operation.

“A few of my friends keep having to tell people that I really got my implants out because nobody believes it,” she wrote in an Instagram Story on July 19, lifting up her bathing suit to show the healing stitches. She later shared another photo from directly after the surgery, writing, “Trust me lol.”

Stars Who Are Honest About Their Fertility Struggles

Teigen’s surgery came shortly after she admitted that her feelings about her implants had changed since becoming a mother.

“It was more for a swimsuit thing,” the former Sports Illustrated model told Glamour UK in March. “Then you have babies and they fill up with milk and deflate and now I am screwed. … I want them out now.”

2nd, b, Chrissy, considers, Teigen
You may also like: