Soviet Union dictator Joseph Stalin was so fascinated by a stage magician named Wolf Messing that he ordered his spies to investigate the man’s ‘psychic powers’.

Messing, a Polish Jew who fled to Russia after the Nazi invasion in 1939, claimed to be able to control people’s minds through telepathy. It isn’t hard to understand why a crazed despot would find that appealing.

Stalin had his security service, the NKVD, interrogate Messing. He proved able to walk past their guards by coolly claiming to be Lavrentiy Beria, head of the secret police. 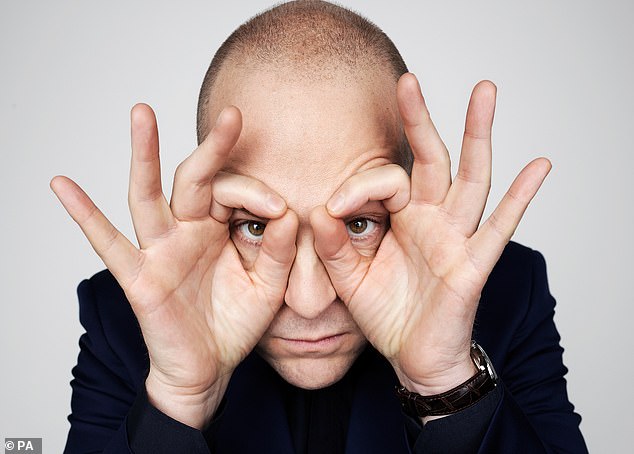 Derren Brown calls himself a ‘psychological illusionist’. He comes across as an oddly nervous fellow

In 1940, the NKVD challenged him to rob the state bank. Messing walked up to the cashier’s counter, handed over a sheet of blank paper and announced it was a government draft for 100,000 roubles.

Ten minutes later, he left with the money. When the cashier was confronted by police and shown the blank sheet again, the poor man had a heart seizure.

That improbable story was one of Messing’s favourite boasts.

It becomes more credible when you see the mesmerist and master manipulator Derren Brown perform essentially the same mind trick . . . though for just a couple of hundred quid, not a king’s ransom in roubles.

The retrospective Derren Brown: 20 Years Of Mind Control (C4) included an excerpt from early in his telly career, when he handed a worthless betting slip to a cashier at Walthamstow dog track. She duly paid out.

Brown calls himself a ‘psychological illusionist’. He comes across as an oddly nervous fellow. Perhaps that is part of his strength: nobody expects this diffident man, tying himself in knots as he talks, to be planting ideas in their minds.

He revealed how some tricks rely on subliminal suggestion — the way he emphasised the first syllable of the word ‘WIN-dow’ as he proffered the betting ticket, for instance.

But this doesn’t explain how he was able to lie down on stage and allow a beefy member of his audience to stand on his face, grinding it into a carpet of broken glass.

Moments like that were wasted, because we saw only snippets from past shows without the build-up.

Here’s a man pushing a stranger off a roof, here’s a woman who believes she is staring at her own corpse, and now we cut to Derren playing Russian roulette. Perhaps he imagines viewers will remember all those stunts as well as he does.

If you didn’t, this 130 minutes of highlights was frequently a confusing melange of clips — linked by gushing messages from famous friends such as Martin Freeman and Claire Danes.

Still, it’s marvellous to know that Derren has a hidden staircase in his house, behind a door that swings open when he pulls on a lamp bracket. How satisfyingly Gothic. 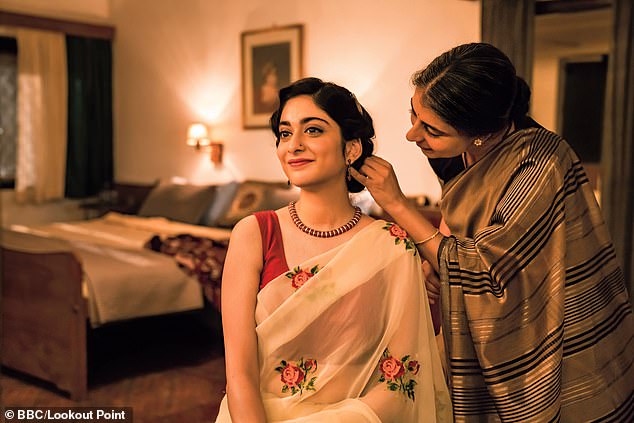 Lata (Tanya Maniktala) can’t make up her mind who she likes or what she wants to do. The relationship between selfish Maan (Ishaan Khatter) and his best chum Firoz (Shubham Saraf) is baffling — one minute the boys are mooning over a courtesan and her teenage sister, the next they’re canoodling together on a bed

What I wouldn’t give for a hidden staircase — or any sort of surprise — to liven up A Suitable Boy (BBC1).

The story plods along, with dialogue that dumps information on us in fat wads, and lots of scenes that show people walking from one place to the next.

Lata (Tanya Maniktala) can’t make up her mind who she likes or what she wants to do.

The relationship between selfish Maan (Ishaan Khatter) and his best chum Firoz (Shubham Saraf) is baffling — one minute the boys are mooning over a courtesan and her teenage sister, the next they’re canoodling together on a bed.

I wanted to like this adaptation of a literary epic. The setting is romantic and gloriously colourful. But like the clouds of paint powder the characters throw around, there’s nothing really here to be grasped.

Feather duster of the weekend:  Remember Emu… Michael Parkinson’s least favourite guest? How To Build (C4) revealed that every Maserati is brushed with real emu feathers to remove static before the paint goes on. Serves the silly bird right.

Clare Crawley clears up the rumors about her mysterious ring