This sort of common sense ought to be taught in schools. When someone you don’t know asks for your money and promises ‘guaranteed profits’, decline politely. Walk away. Raise two fingers. Just say ‘no’.

Social media is the culprit, fuelling greed in a generation primed to believe everything they see and read on their smartphones. 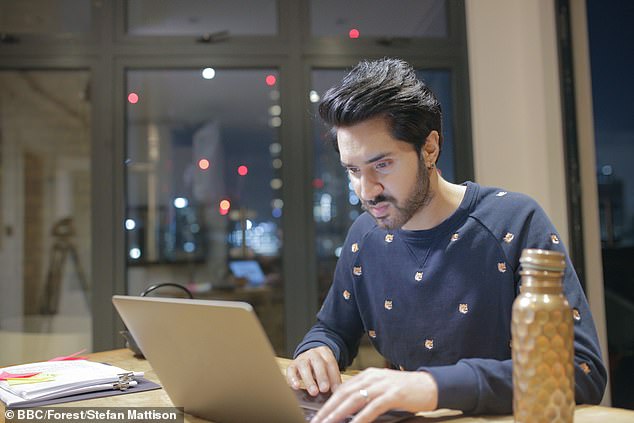 Mobeen was on the trail of a self-proclaimed millionaire entrepreneur named Gurvin Singh, who lures clueless investors, offering to turn their savings into ‘easy money’ on the foreign exchanges.

‘Gurvz’ poses on Instagram, flaunting his diamond watches and gold-wrapped luxury cars. A former medical student at Plymouth University, he won notoriety when he was filmed strutting through the city’s shopping precinct, handing out £10 notes to passers-by — as if he had so much cash, he didn’t know what to do with it.

Common sense tells you he’s a scammer. But common sense can’t promise you Rolexes and Range Rovers. ‘I just saw a dream and I thought I’d chase that,’ said one victim, who lost thousands of pounds to Singh. Instagram and leprechauns both tempt us with fairy tales about pots of gold.

In another age, the mug punter would have trekked all day in search of the end of the rainbow.

‘You wouldn’t expect someone studying to be a doctor to ruin their future by scamming people,’ lamented another, who lost £17,000. 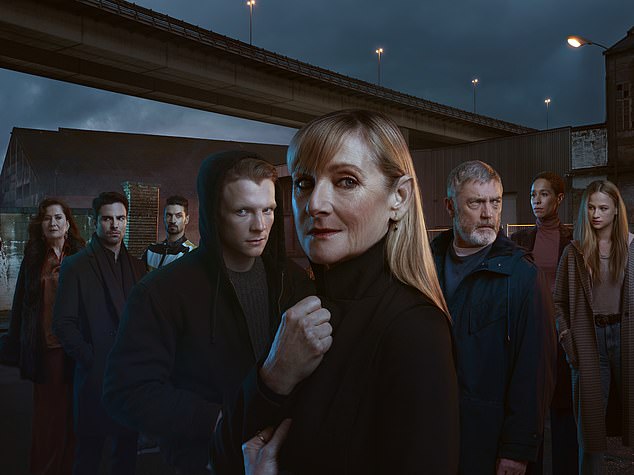 Before We Die (above) is a lumpen crime serial, based on a Swedish thriller, packed with dialogue carved from Scandanavian pine

These people are not an unlucky few. Singh pops up and disappears on social media regularly and Mobeen calculated that, in one of his incarnations, the scammer had amassed more than £3 million of other people’s money.

Singh is not the only crook. This is a widespread criminal operation. The bait is dangled in online posts and brags: ‘You are always guaranteed to bank profits,’ and: ‘As a first-time investor you are protected from any losses.’

Lovebirds of the week:

Who’d guess that buzzards, with their razor talons, could be so affectionate? The live spy camera at a nest in Norfolk on Springwatch (BBC2) watches a mother nuzzling and grooming her chicks like a budgie. Who’s a clever girl then?

The money goes in — and never comes out. The founders of one independent record label in Croydon, Finesse Foreva, encouraged their fans to take the plunge, naively imagining they would enrich their local community.

Instead, their followers lost £65,000. Assuming viewers couldn’t follow the intricacies of the markets, Mobeen showed us social media video clips of dancing grannies, while he explained the purpose of the Financial Conduct Authority [FCA].

This, and the pretence the presenter knew nothing of these scams until he started to investigate, gives the series a sometimes patronising tone that soon grates. But anything that makes people aware of these shysters has to be welcome. It shouldn’t need saying, but getting something for nothing is never the dream, always the nightmare.

The nightmare was worse still for plain clothes copper Sean (Bill Ward), in Before We Die (C4). There he was, gazing into a window at the dress he intended to buy for his mistress, when thugs bundled him into a van.

Sean was tortured and then shot dead. His bereft girlfriend (Lesley Sharp) bought herself the dress, but that’s hardly a consolation.

This lumpen crime serial, based on a Swedish thriller, is packed with dialogue carved from Scandanavian pine. It’s so bad, you could get splinters. ‘This conversation never happened,’ grunts one character. ‘It’s your funeral,’ retorts another.

If you remember Sharp in the excellent police drama Scott & Bailey . . . this is nothing like it.