Grow Your Own At Home With Alan Titchmarsh

The great disappointment of ageing is that I find myself turning into a character from the Beano and not one of the funsters wielding a catapult.

With slippers and salt-and-­pepper hair, and steam whistling from my ears at the slightest provocation, I’m more like Minnie the Minx’s irascible dad.

The outrage that sends my blood pressure volcanic is the behaviour of the neighbourhood cats.

They see my vegetable trough, a box of compost on legs, and they assume it’s an outdoor litter tray. 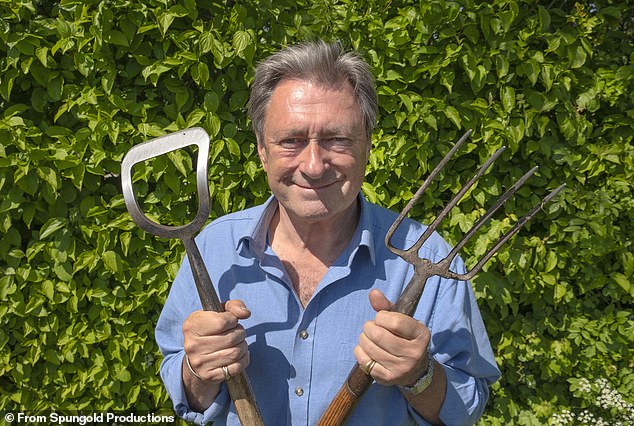 Alan Titchmarsh in his garden, picture taken by his wife Alison, for a brand new series for ITV Grow Your Own at Home

It’s putting me right off my carrots. What’s so good about getting older, of course, is the joy that gardening brings.

An activity that seemed like unnecessary extra work 20 years ago brings daily pleasure, once the children are grown.

And with half the country still stuck at home, lots of people are discovering the hobby for the first time.

That’s the cue for Alan Titchmarsh to go back to basics, showing us how to start a vegetable plot in Grow Your Own At Home (ITV).

In his own wonderland garden, surrounded by cascades of wisteria and box trees trimmed like lollipops, Alan was filmed by his wife, Alison.

This caused some technical issues: he kept lunging for the camera to check she was pressing the right buttons, and her aim kept wandering, especially when required to kneel for ground level shots of radish planting.

Still, the half-hour show was packed with inspirations, especially the clip sent in by a viewer named Wendy.

On the roof of her London home, she has created a miniature jungle. The space is a riot of greenery, making the Post Office Tower nearby look like an overenthusiastic sunflower.

All the emphasis was on making the most of tiny areas. Gardener Frances in Folkstone had just a narrow tract 15ft long behind her terrace house, but she was making the most of every inch by building a honeycomb of box-shaped shelves up the walls.

Even if you’ve only got a windowsill, another inventive expert called Katie showed how to grow herbs in trugs. 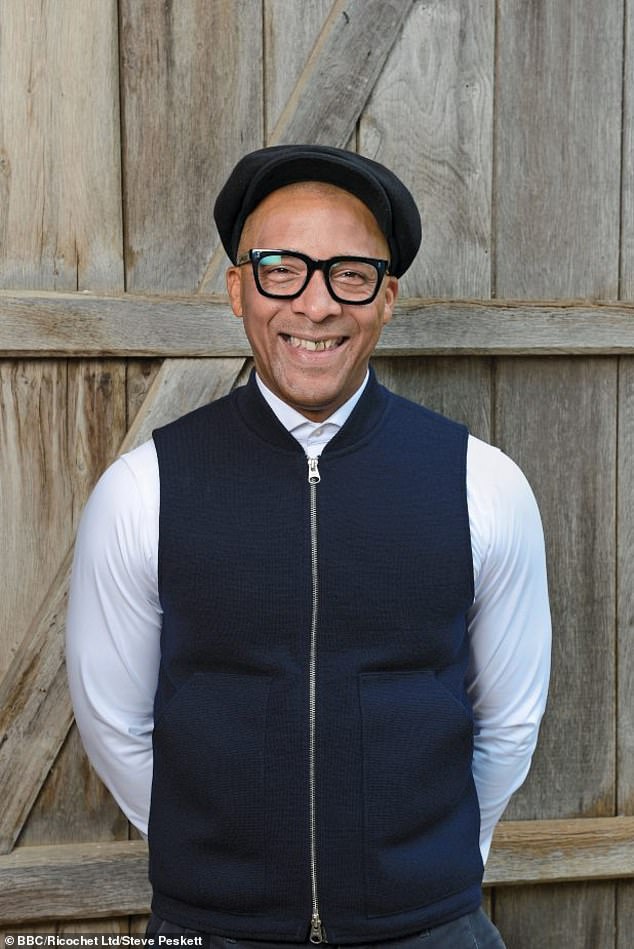 She chose rosemary, thyme, chives and basil to sprinkle on homemade pizzas; lemon verbena, mint and fennel to flavour a gin and tonic.

Now that’s gardening with a purpose. None of this helped stop the cats from doing their business in the lettuces, but Carol Klein had the solution, on Jay Blades’ Home Fix (BBC1).

Cut sprigs of holly or thorny bramble to lay like barbed wire over the soil and ‘keep those little critters off’.

Brilliant. As we’ve seen on The Repair Shop, Jay is a master of polishing up old odds-and-ends to make them glow like new, and he assembled this morning show by upcycling bits he uncovered in the Beeb’s archives.

Carol’s clever tip probably came from a vintage edition of Gardener’s World. So did a segment with the Mail’s highly cultured horticulturalist, Monty Don.

He explained how to build a raised veg bed by screwing together scaffolding planks.

Growing your own off the ground doesn’t just save your back, he said — it means you don’t tread on the earth, which can squash and damage the roots.

Monty advised filling the rectangle with a layer of mulched compost, covered with topsoil.

No, no, said Alan — what you want to do is get hold of some good multi-purpose compost and fill it to the brim with that.

No need to argue, boys. It helps us novices, knowing there’s really no right or wrong way of gardening.

Lady and the Tramp is voted best restaurant movie scene