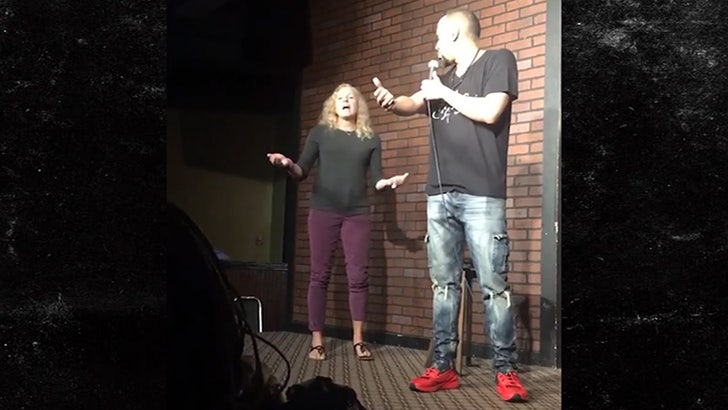 A comedian’s stand-up show came to an abrupt halt after a dissatisfied satisfied appears to have waded her way onto the stage … just to let him know, she wasn’t digging his jokes.

Affion Crockett was performing Friday at the Comedy Zone in Jacksonville, FL … when, at some point, a woman joined him onstage — without being invited — and interrupted the proceedings. Someone captured part of the interaction … and it’s bizarre.

The lady is understandably getting heckled by the crowd, but AC wants to know what’s up and why she’s butting into his set like this. Eventually, the woman says something along the lines of her being married … and how his cracks about sex are offensive.

Affion handles the criticism well — pointing out he’s talking about consenting adults, and describing his own experiences. Then, he takes a poll from the audience … and hardly anyone else is as insulted as this lady seems to have been. Finally, she’s escorted out.

The guy hits her with a “bye, Karen” as she’s leaving, and the crowd’s in a riot.