The Dallas Cowboys conspired with police to cover up info from a 2017 car crash that would have sidelined Ezekiel Elliott from a crucial NFL playoff game … so says a new lawsuit obtained by TMZ Sports.

The suit stems from a January 11, 2017 car crash — 4 days before the Cowboys played the Packers in an NFC Divisional Round game — when Zeke slammed a GMC Yukon into a BMW 750 driven by Ronnie Hill on his way to the Cowboys practice facility. 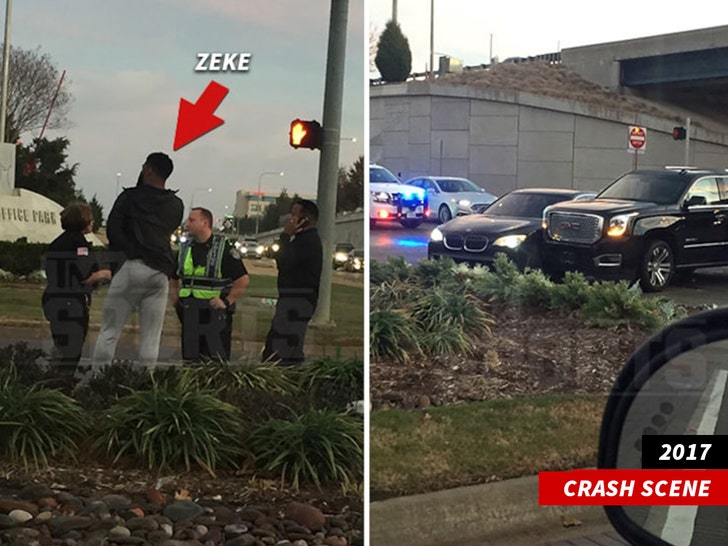 Hill claims Zeke was obviously at fault because the running back was running late to practice and had “barreled through a red light” — causing more than $33,000 in damage to Hill’s vehicle. Hill claims he was physically injured in the wreck.

Hill says the impact of the collision was so intense, the two vehicles were “wedged together” and they needed a tow truck to pull them apart. 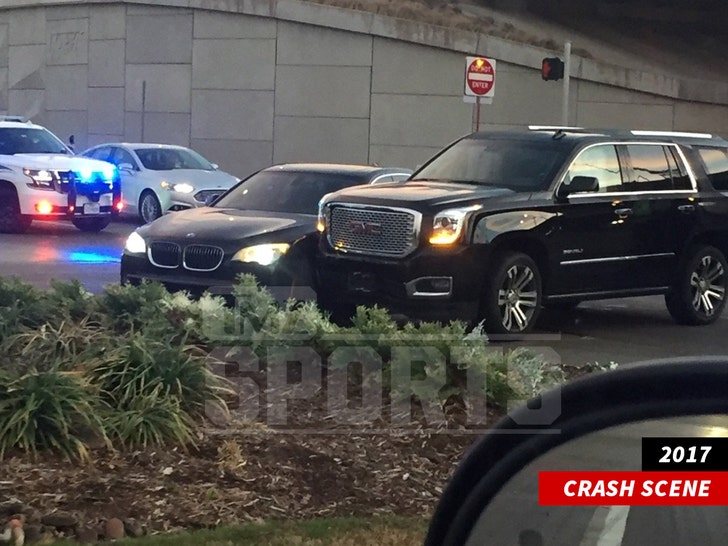 At the time, the Frisco Police Dept. put out a statement describing the incident as a “minor vehicle crash” … but Hill says that’s a crock of B.S.

In fact, Hill claims the Dallas Cowboys “conspired with the Frisco Police Dept. to cover up the severity of the accident to assure that Elliott’s health would not be placed in question before their playoff game.”

According to Hill’s suit, “If anyone had actually reported the impact of the accident and had Elliott been examined he would have most likely been placed in concussion protocol and out for the Dallas Cowboys upcoming playoff game.”

In his suit, filed by attorney Larry Friedman, Hill claims Dallas Cowboys running backs coach Gary Brown had raced to the scene of the accident and told Hill, “We will take care of everything.”

Hill claims the Cowboys did NOT take of anything — and he’s suing both Zeke and the Cowboys for $20 MILLION in damages.

By the way, the Cowboys ended up LOSING the playoff game 34 to 31 … but Zeke played great, rushing for 125 yards on 22 carries.

We reached out to the Frisco P.D. and the Dallas Cowboys for comment — so far, no word from either side. A rep for Elliott had no comment.

We spoke Hill’s attorney Larry Friedman who tells us, “Ezekiel Elliott believes he’s above the law. He doesn’t follow any rules. As a citizen and a member of our community he has a duty to obey the law and act responsibly, especially while driving a motor vehicle.”

Friedman adds, “There are no exemptions for running backs or members of the Dallas Cowboys.”

“My client is suing for compensation for his injuries and wants his day in court.”

Nicki Minaj, nicki minaj interv
You may also like: