David Arquette says making wrestling documentary was 'cathartic': 'I learned a lot about myself'

David Arquette says making wrestling documentary was ‘cathartic’: ‘I learned a lot about myself’

The actor admitted he’s been holding onto ‘unresolved pain’ and credits therapy for his comeback.

The 48-year-old actor and aspiring professional wrestler is aiming to make a comeback in the ring and he's ready to prove himself worthy to fans and critics alike.

In his new documentary, "You Cannot Kill David Arquette," the "Scream" star peels the curtain back on his personal life, his internal demons and the treacherous return to wrestling.

"I learned a lot about myself about - just the need to be kind and love myself," he described. "I've been beating myself up for so many years and just kind of holding onto a lot of unresolved pain that, you know, through this process and through a lot of therapy, I learned a lot about what I want out of life and how to get it."

The doc features candid interviews with his wife, Christina McLarty, and his sisters, fellow actors Patricia Arquette and Rosanna Arquette.

"It's a really hard film for me to watch," Arquette admitted. "Yeah, my wife, who produced the film, she did an incredible job. At one point, [she] said, 'You're gonna have to get out of the editing room.'"

The "Never Been Kissed" star is hoping the film provides fans with a new perspective about his life choices.

"In Hollywood, your last film typically gets you your next film," he explained. "If you have a career like mine, that's been 30 years, if your last film does really well, you're suddenly hot again." 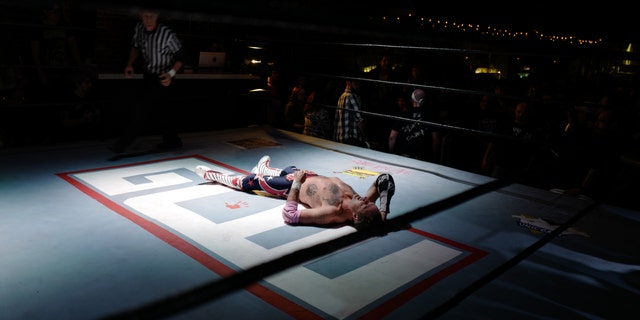 "Everyone wants to be able to work and in my business, if [the project] does well, that makes it a lot easier. So I'd love to continue [acting] but I've also learned through this process that you have to make things happen yourself. No one's going to do anything for you," Arquette reasoned.

Another aspect of the documentary that might surprise fans is Arquette's close relationship with the late Luke Perry. The "Riverdale" star actually brought Arquette to the hospital after a freak and bloody wrestling accident. 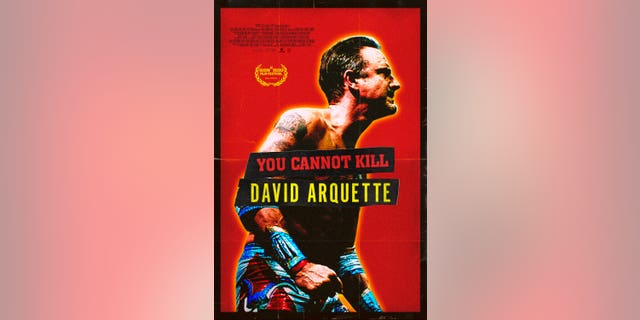 David Arquette attempts to return to wrestling in his new documentary.
(Neon)

Arquette said Perry passed away right in the middle of filming and wasn't able to see the final product. Perry was briefly featured as was his son, Jack Perry, who also is a wrestler.

"It was sad, really sad but I have gotten to know Jack Perry really well. And it's brought us really a lot closer," Arquette said. "[Jack] got the opportunity to see [the doc]. [Jack] loved the film and he's wonderful in it. He's just such a movie star kid. I think he's going to be just a really wonderful actor on top of a wrestler."

Arquette, David, making, says, wre
You may also like: