Strictly Come Dancing star Debbie McGee, 61, has opened up about her experience working with Tony Scannell when in her youth, after the actor died aged 74 last month. The radio presenter broke her silence on the sad news of Tony’s death in view of her 43,000 Twitter followers this morning.

Debbie described the Flash Gordon star as a “lovely man” while responding to a tribute from a Twitter user.

The post read: “Very sad to hear of the death of @TonyScannell a very very fine actor.

“May he RIP. our thoughts are with his family and friends.”

Debbie retweeted the message and recalled: “I worked with Tony Scannell when I was 16 a lovely man RIP.” 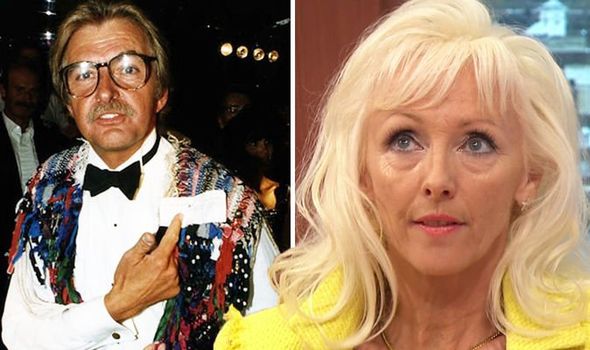 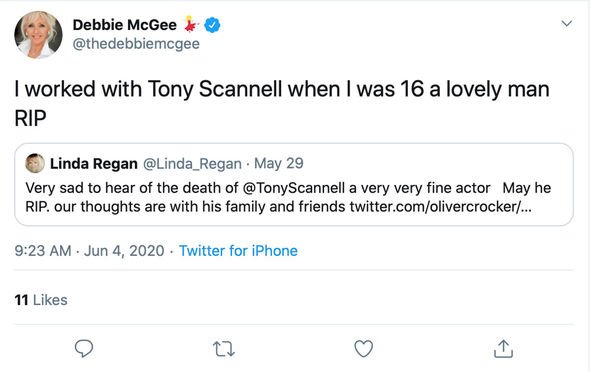 The television personality did not share details about the project she worked on with Tony, but Debbie went on to rise to fame when she became her late husband Paul Daniel’s magician’s assistant in 1979.

The star’s death was confirmed by a colleague and announced in a Facebook post, which read: “Damn, damn, damn! I’ve just learned from Mark Wingett of the passing of a wonderful actor and dear colleague of his.

“Tony Scannell played a DS Ted Roach on The Bill for Nine years from 84-93. Any Episode that had him in it would have me fixated on the TV… I had a very bad case of a young girl crush on Ted/Tony. 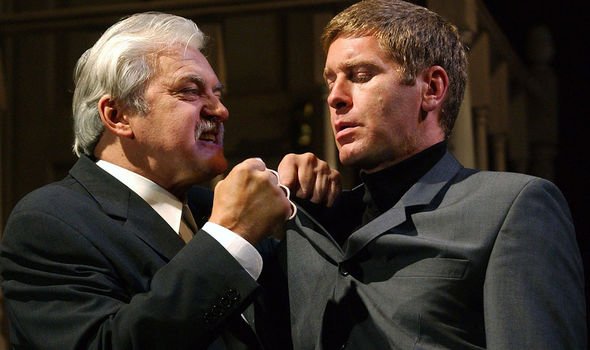 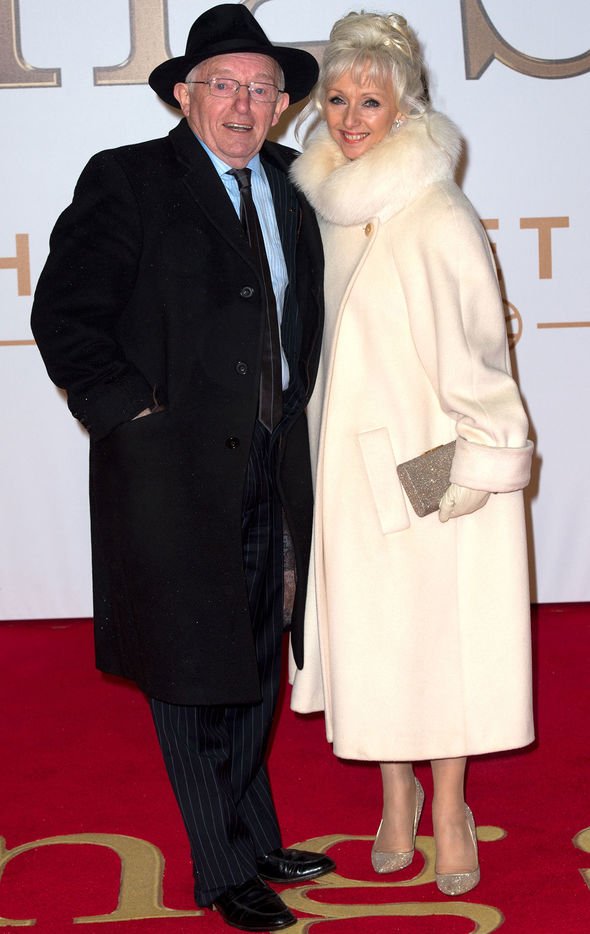 “He was a bit of alright in my books. (despite the fact he was literally three months younger than my Dad!).”

The post continued: “When Tony retired Ted in 1993 I was gutted! I developed an unreasoning dislike of the new DS John Bolton (Russell Boulter) and ground my teeth every time the ‘holier than thou’ Inspect Andrew Monroe (Colin Tarrant) who caused Ted to quit, came on the screen. It took me more years than I care to admit (And meeting Russell, Mark and Hew Higginson) to rid myself of those daft feelings.

“Ted was such a dynamic character, and although I never did get to meet him, I’m sure Tony was just as amazing… and his memory will be cherished by his loved ones and friends all. Vale Mr Scannell! And thank you!”

Elsewhere, Debbie reflected on one of her first conversations with her other half Paul during a recent episode of her Spill the Tea with Debbie McGee podcast.

The performer divulged: “When I met Paul, it was about the fourth day of rehearsals because the dancers start first and I can remember it as clearly as if it was yesterday because we were rehearsing in a studio above or beneath a church in Shepherd’s Bush.

“So we actually had some banter before everyone else arrived and we just clicked.”

However, the television and radio personality explained Paul kept her “at arms length” because of how young she was at the time.

Debbie continued: “But I was much younger than Paul and so he all the time was keeping me at arm’s length because, he thought I was far too young for him because I was 20 years younger than him.”

Debbie and Paul tied the knot in 1988 in Buckinghamshire.

When the couple married, Paul was 50-years-old, while his other half was 29-years-old.

The former magician died after suffering an incurable brain tumour four years ago.