Emma Watson Doesn’t Think Relationships are ‘Supposed to Be Easy’

Not sugarcoating it. Emma Watson candidly gave her take on the ups and downs of maintaining a relationship.

“I feel that relationships that don’t necessarily follow traditional models do require more communication and consent,” the Harry Potter alum shared. “It requires an actual conversation and agreement about the delegation of tasks and labor and responsibilities that maybe you don’t feel that you need to have or should have if you follow those traditional stereotypes.”

Watson continued, “The idea that relationships are supposed to be easy and it’s all supposed to be implicitly understood, and you’re just meant to get each other, it’s bullsh–t! It’s impossible!”

The English actress noted that many of “the healthiest relationships” she’s seen have come from the LGBTQ community. “They have to sit down and agree [on] things,” she explained. “They agree [on] things between them as opposed to [accepting] certain sets of assumptions and expectations that are made.”

Watson, for her part, has been linked to Chord Overstreet, Johnny Simmons and Will Adamowicz, to name a few. Though she has sparked romance rumors with her Harry Potter costar Tom Felton, there has been no confirmation that the pair are more than just close pals. 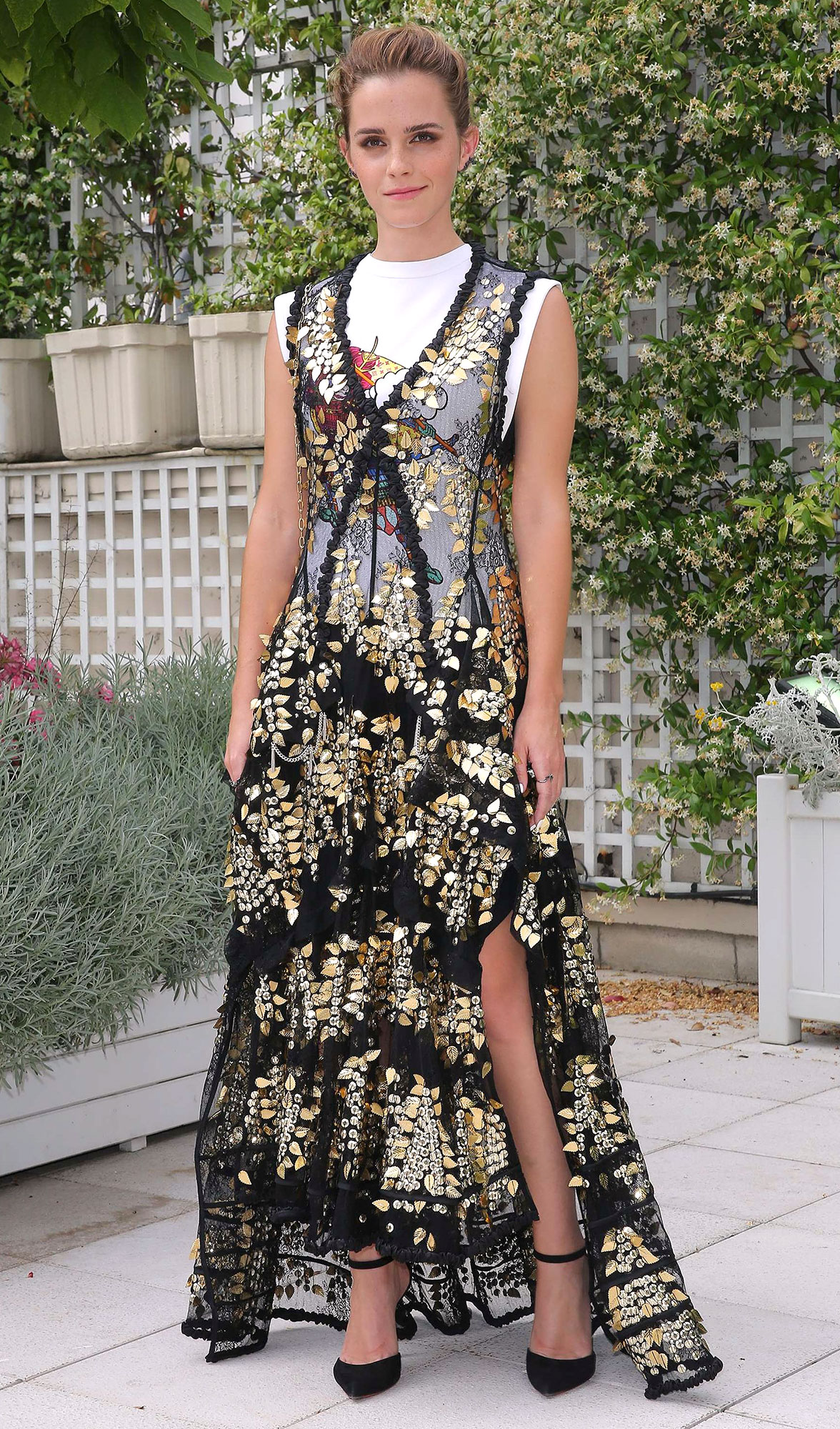 Regardless of with whom she’s romantically involved, Watson has continued to remain tight-lipped about her dating life. “I want to be consistent,” she told Vanity Fair for its March 2017 issue. “I can’t talk about my boyfriend in an interview and then expect people not to take paparazzi pictures of me walking around outside my home. You can’t have it both ways.”

Last November, Watson made headlines for coining the term “self-partnered” as a way to define her happiness with being single. While reflecting on popularizing the phrase in her British Vogue interview, Watson stated that it wasn’t her intention to do so.

“It was more that I needed to create a definition for something that I didn’t feel there was language for,” she admitted to Hudson for Teen Vogue on Tuesday. “It was really interesting because it really riled some people up. It was less for me about the word but more about what it meant — just this idea that we need to reclaim language and space in order to express ourselves because sometimes it’s really not there.”

Doesn't, Emma, rela, think, Watson
You may also like:

Katherine Heigl on George Floyd’s Death: How Will I Explain the Unexplainable to My Daughter?