Klay Thompson is a basketball star who has been playing for the Golden State Warriors since 2011. Having won the NBA championship three times and been named for the NBA All-Stars five times, Thompson is credited as one of the greatest shooters in basketball.

While Thompson’s career on the court is well-known to fans, there are still a lot of curiosities surrounding his personal life. He has recently been making news for his relationship with actress Laura Harrier, though not a lot of fans might know much about her.

For those who would like to learn more, read on below to find out everything to know about Harrier. 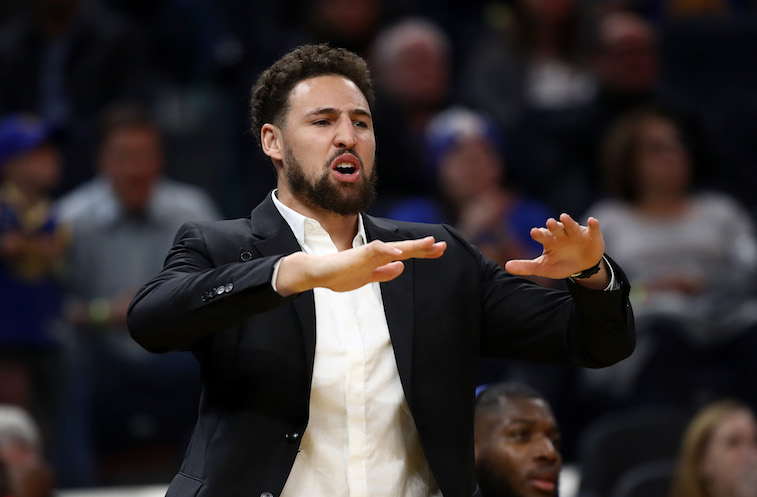 Klay Thompson and Laura Harrier were first linked in 2018

Thompson and Harrier were first linked in late 2018. Before then, Thompson was dating Instagram model Carleen Henry, but he allegedly broke up with her because she shared too much information about their relationship.

Thompson and Harrier were spotted together out and about many times since they were first rumored to be together. However, both of them have been very private about their romance.

In mid-2019, there were reports that they broke up because Thompson had been unfaithful. Nevertheless, by July, the couple seemed to have gotten back together.

Harrier started out as a model, but she eventually decided to pursue acting instead. She attended William Esper Studio acting school in New York City.

Her first big role came in 2013 when she played Destiny Evans in the reboot of the popular soap opera One Life to Live. Although Harrier was not a main cast member, she ended up being on the show for 43 episodes.

The experience Harrier gained on One Life to Live was crucial to her development as an actress. She shared in an interview with The Last Magazine that the show “instilled a really hard work ethic” in her because of how demanding soap operas are.

“You’re on set for over twelve hours a day and they would just throw thirty pages at you and say, ‘Memorize this and I’ll see you at six AM,’” Harrier recalled. “It was honestly just so exhausting, but you have to do it. Nothing has been that demanding in that way since so I think it was really good to do that in the beginning, and I learned a lot for sure about memorizing and being on a set and showing up prepared.”

Laura Harrier has been in two popular movies

Ever since One Life to Live ended in 2013, Harrier has landed small gigs here in there. However, she did have significant roles in Spider-Man: Homecoming as Adrian Toomes’ daughter, Liz. Harrier was also in BlacKkKlansman as Patrice Dumas.

Harrier currently has two movies that are expected to be released in 2020 – Bios and The Starling.

Harrier shared with The Last Magazine that she enjoys appearing in films like Spider-Man and adding more diversity to the current media landscape. It’s something that she wants to continue doing in the future.

“I want to make films where we can see black people just existing as humans and falling in love and being funny,” Harrier said. “I want to make a romantic comedy, but where the leads look like me. So I really want to continue increased representation in Hollywood and be able to make films that I didn’t get to see myself in growing up.”

What the future looks like for Klay Thompson and Laura Harrier

Since Thompson and Harrier often try to keep their relationship on the down-low, it’s hard to know where the couple stands at any given moment. However, they do post pictures together on social media occasionally, and it seems like things are going strong for the pair.

Ultimately, only time will tell whether anything more will develop in Thompson and Harrier’s relationship.

Abo, Everything, Know, should, you
You may also like:

Brandi Glanville: Here is PROOF I Boned Denise Richards! I Sucked on Her Tiddies!

Tyson Fury uses the n-word while singing with his kids

Drew Barrymore Then & Now: See The Actress’ Transformation From Child Star To Mom Of 2