EXCLUSIVE: Judy Trammell can still vividly remember when she received her Dallas Cowboys Cheerleader uniform for the very first time.

“I was young, shy and didn’t know a whole lot about what I was getting myself into,” the 62-year-old admitted to Fox News. “I would just tell anyone putting on that uniform to soak in every moment because it goes by so quick. And it’s such a fun, memorable experience and a once in a lifetime experience for anyone who gets to wear that uniform.”

Trammell cheered from 1980 to 1983, but her career with the squad was far from over. In 1984 she became assistant choreographer and was then promoted to head choreographer in 1991. She has served in that position ever since. 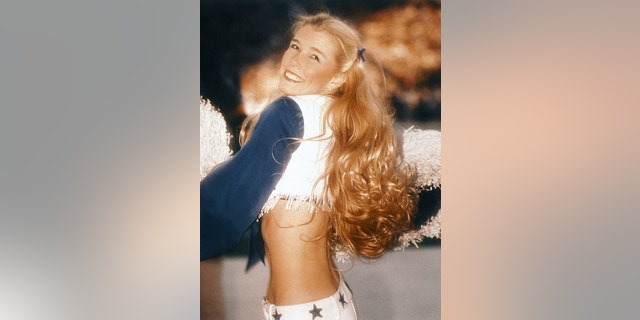 Despite her decades-long career with the Dallas Cowboys Cheerleaders, Trammell pointed out that this year “things were so different.” For the first time, the franchise conducted worldwide-auditions virtually amid the ongoing coronavirus pandemic. According to the organization, it resulted “in one of the most diverse and talented casts to-date.”

The auditions are chronicled in Season 15 of the CMT reality TV series “Dallas Cowboys Cheerleaders: Making the Team,” which premieres Tuesday night.

Kelli Finglass, who cheered from 1984 to 1989 before serving as director, told Fox News that while the organization was faced with “a lot of challenges logistically,” she believed they conquered them with this unique approach. 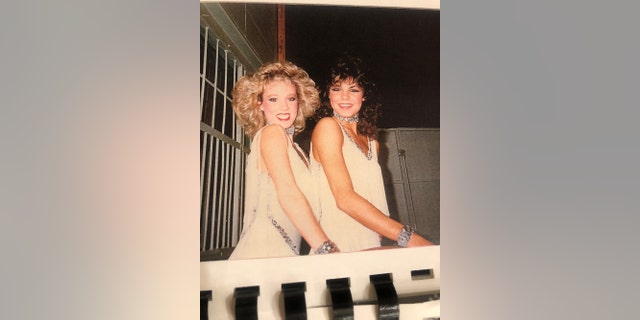 “We wound up having 1,545 applications submitted virtually from 45 states and eight foreign countries,” explained Finglass, 55. “We wound up inviting 29 ladies into our ‘bubble’ at training camp here in Texas. But they were much further down the judging process this year before they got to Texas because we did so much judging online.”

“It’s exciting,” Finglass continued. “We actually felt like we know the ladies more before they arrived. We studied their interviews. They got to submit their best dance video. It wasn’t under pressure…. One-on-one every judge studied them individually from their houses, their applications, their dance videos, their experience, their personal interviews. And I actually think it elevated the quality of judging for us this year in such an unexpected way.”

The Dallas Cowboys Cheerleaders are still recognized as one of the most prestigious squads in the NFL. But as far back as the ‘70s, the National Organization for Women picketed the tryouts and feminists have labeled the cheerleaders as “sexist tools,” the New York Times reported. 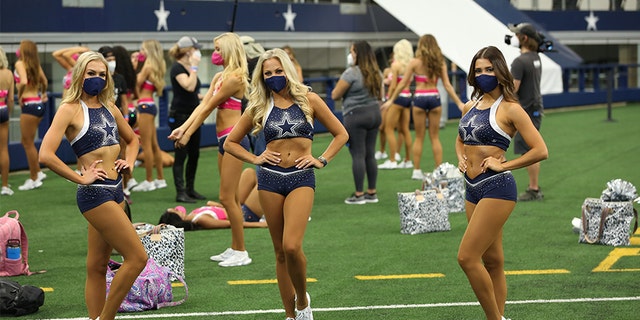 Due to the ongoing coronavirus pandemic, rookie hopefuls auditioned for the Dallas Cowboys Cheerleaders virtually before heading to Texas.
(CMT)

“We’re used to critics and that’s fine — nobody likes a good debate or a critique more than me,” said Finglass. “I think that actually, it’s the opposite right now. I think we are all starved for entertainment… This show lets our audience kind of in on the competitive part of what dance really is and performing. If they watch the show, they’ll see that the ladies are the farthest thing from being outdated.”

Finglass pointed out that the women auditioning are more than just rookie hopefuls — they are already leading impressive careers throughout the country.

“This year, in particular, we’ve got some really compelling stories of overcoming adversity,” said Finglass. “Judy and I just watched a couple of the episodes and it really brings us to tears just to see and hear it again. When you see how impressive they are and how hard they worked to get here, to make this team, and to accomplish all of the things they’ve accomplished already — it’s relevant to see role models who are high achievers. Their hard work, their persistence and their preparation have really paid off.” 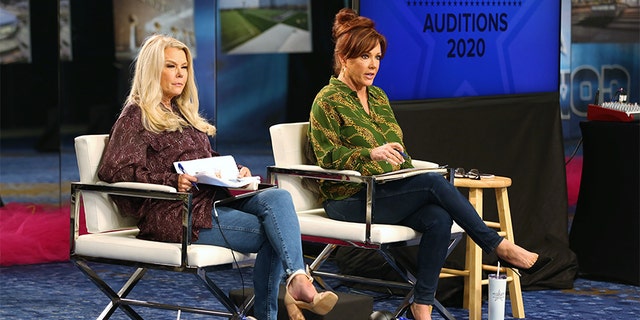 The 2020 auditions are chronicled in Season 15 of the CMT reality TV series ‘Dallas Cowboys Cheerleaders: Making the Team.’
(CMT)

Trammell said this year, the women are hoping to provide some entertainment during a difficult year.

“It’s definitely been a hard year,” she said. “There’s not a lot of people interaction. I think that’s the part our girls will miss the most. We’ve all missed that part of it. But… we have the backing [of] our owners who appreciate the entertainment value of the game… It’s been very overwhelming that we can just come together and pull this off, trying to make a little normalcy out of a year that is not normal at all.”

Finglass said she encourages critics to tune in and see for themselves how the squad is still maintaining a no-nonsense workload in hopes of giving fans something to cheer for. 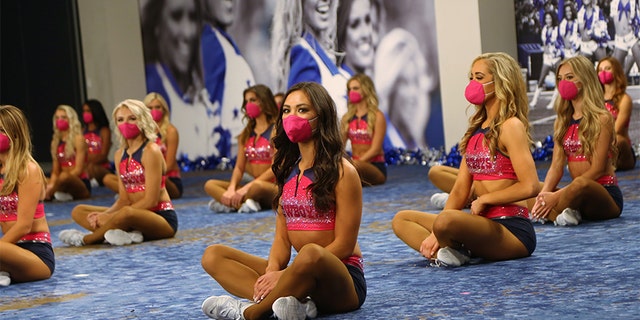 Kelli Finglass says the women auditioning to be a Dallas Cowboys Cheerleader already lead successful careers before trying out for the squad.
(CMT)

“We are evaluating a room full of elite dancers and comparing rookie talent to extraordinary seasoned veterans,” she said. “We’re slicing and dicing high kicks, rhythm, musicality and showmanship. The performance skill is probably one of the most competitive groups or high-achieving groups of women that I’ve ever seen in our training camp… [And] we did it. The ladies that made our team have something extraordinary and unique to be proud of in 2020.”

18 Stars Reveal the Craziest Places They’ve Had Sex & There Are Some Wild Answers on This List!

Did Wanda Create A New Universe In ‘WandaVision’? This Theory Says Yes