Mary Killen has admitted she and her husband Giles Wood “were like ships that pass in the night” before they joined the cast of Gogglebox. The star, who credits the Channel 4 show for “saving her marriage”, said watching the TV with her other half for the programme has brought them closer together.

Mary explained: “Giles and I were like ships that pass in the night; I got up early, he went to bed late and we rarely even ate together.

“Sitting down and watching television reminded us how much we enjoyed the same jokes.”

Addressing how they coped during the coronavirus lockdown, Mary divulged: “Lockdown wasn’t a great hardship for us; more like an open prison with comfortable beds, but I know a few couples who have split up because they have decided they can’t stand one another.”

The couple, who have nicknamed each other “nutty”, have become stars since their first appearance on Gogglebox and are loved by fans for their entertaining personalities. 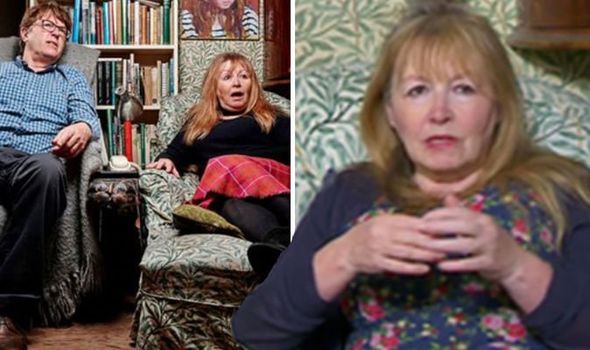 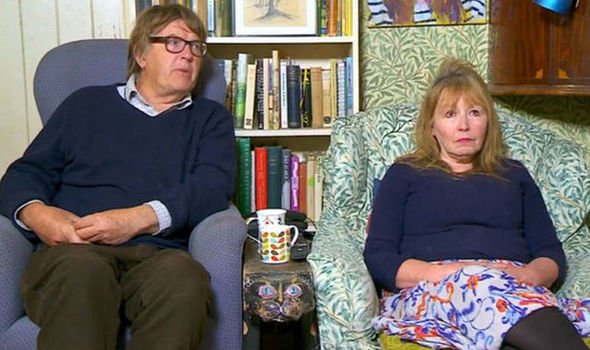 Mary claims Giles has selective deafness when she calls him in from the garden.

The star, who has written two books about the Queen and two more on etiquette, also gets cross when he “lurks” in doorways.

The couple, who are in their 50s, have two grown-up children.

They first met over three decades ago at Wimbledon College of Art where Giles was a student. 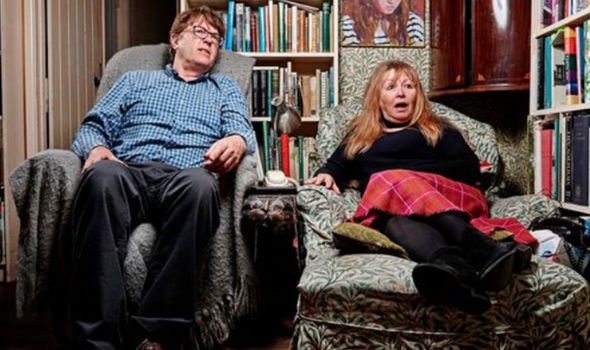 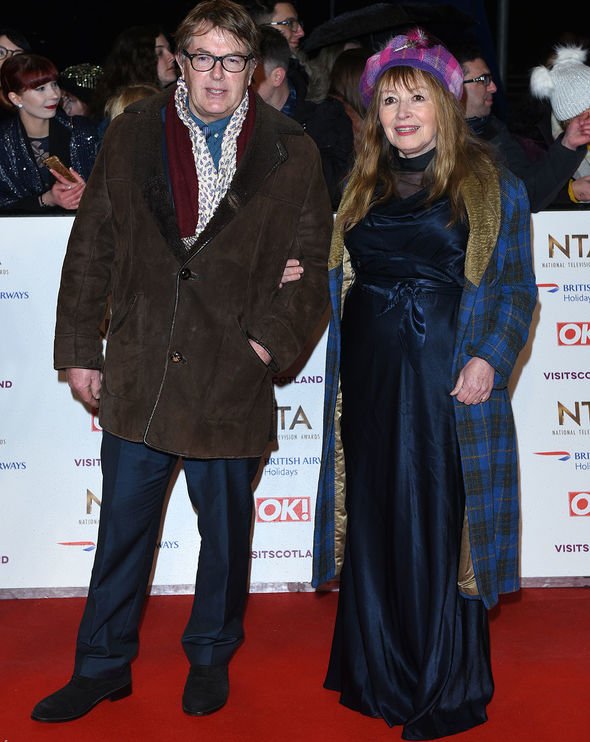 Opening up about their relationship, Mary added to The Telegraph: “We call each other ‘nutty’ because we both consider the other to be a bit mad.

“Certainly Giles has multiple personality disorder so he’s all sorts of people and one of them is a bit of a genius.

“The truth is we’re both neurotic.”

She went on to admit: “I have a low tolerance for things like whistling.

“He hates it when the phone rings and just sits there demanding ‘who on earth is that?’ instead of answering it.

“Giles also has a lot of minor accidents. Stubbing his toe, banging his head, burning or cutting himself.

“When he grazed the roof of his mouth with a crisp he made a tremendous fuss.”

The television personality then said: “You have to understand all men are really annoying one way or another.

“Would you prefer one of your friends’ husbands?

“I’ve thought about each one in turn and concluded their habits are even more irritating than Giles.”