Dancing on Ice 2020 professional Hamish Gaman had remained tight-lipped about his split from Caprice Bourret, 48, earlier this month. Earlier this week, he broke his silence on social media.

It’s brought me to tears at times

Within the post, he said he was “not okay” and told fans the “truth will always come out”.

I view of his 8,407 followers, he wrote: “Hi everyone. Thank you so much for your kind messages.

“I’ve been overwhelmed by your love and support – it’s brought me to tears at times.” 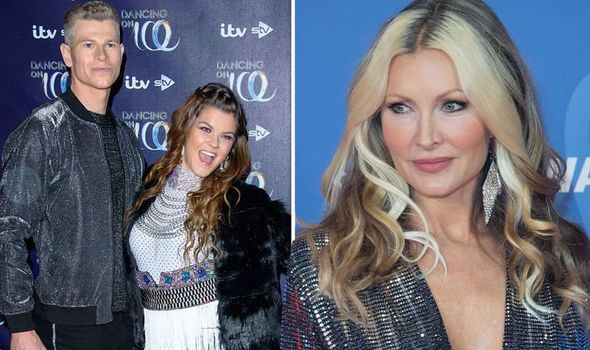 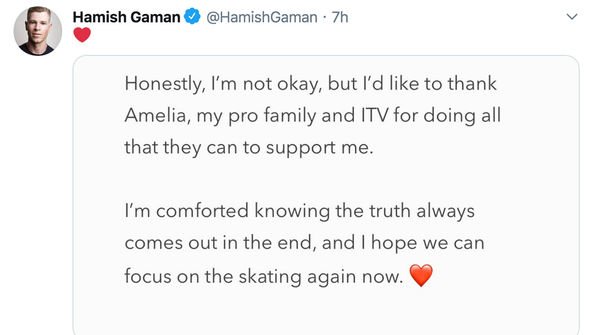 The skater went on to thank his partner Amelia and ITV for “supporting” him.

He added: “Honestly, I’m not okay, but I’d like to thank Amelia, my pro family and ITV for doing all that they can to support me.

“I’m comforted knowing the truth always comes out in the end, and I hope we can focus on the skating again now.”

Earlier this month, ITV presenters Holly Willoughby and Phillip Schofield told viewers he will no longer be skating with model Caprice. 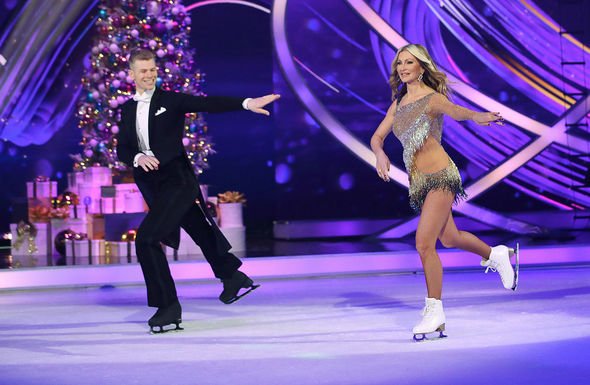 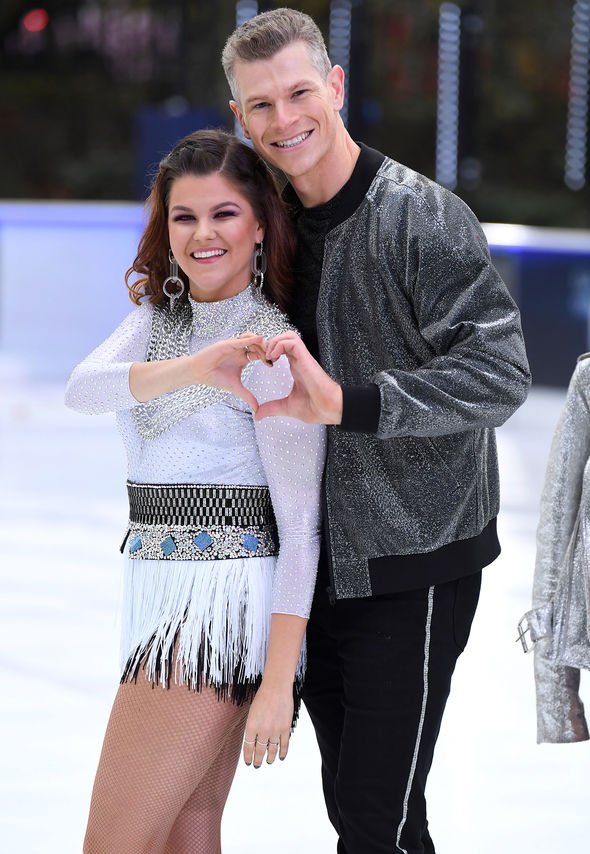 The duo said the pair had “parted ways” but didn’t give further details.

Following this, Caprice missed a week on the show, before she returned with her new dance partner Oscar Peter last week.

Unfortunately for the mother-of-two, the new duo ended up in the bottom two.

Thankfully, the judges chose to save them, allowing them to skate this evening.

Following the Hamish and Caprice’s break-up on the ice, reports claimed they had clashed in rehearsals.

Hamish’s former skate partner Saara Aalto has since spoken out abbout him on Twitter.

She tweeted: “Hamish is one of my dearest friends & the reason Dancing on Ice was such a joyous experience for me.

“We made the finals together as a team.

“He is professional, supportive & kind & I was so lucky to work with a skater as talented as him.

“You have to work incredibly hard on this show & I wanted to match that hard work put in by Hamish & the amazing producers.”

She continued: “I always surround myself with positive, genuine & loving people and that was the case at Dancing on Ice.”

Dancing on Ice continues tonight at 6pm on ITV.