Throughout his four-decade career in the spotlight, Hulk Hogan has tried a little bit of everything.

There was a time when he was the most prominent celebrity face in wrestling, but a go-to actor in Hollywood, a television spokesman, a recording artist, and a constant presence on talk shows across the world.

However, one of his most infamous attempts to capitalize on his image is his soirees into the restaurant industry.

Hulk Hogan as a business 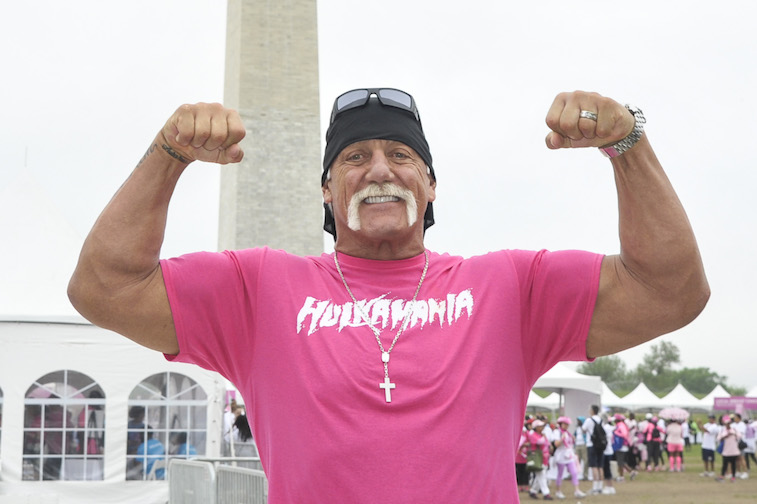 Anyone who knows anything about wrestling knows that Hogan was a big deal in the eighties and nineties. His eccentric personality and refusal to break character made him a favorite among wrestling fans. The wrestler knew how to use this to his advantage, too. He parlayed his wrestling success into endless possibilities that ran across the gamut.

From hit movies to a knock-off version of the ever-popular George Foreman grill, Hogan is a jack-of-all-trades, although many of those trades that he tried failed miserably. The Hogan Ultimate Grill was a disaster, few of his movies had box office impact, and his music career went as fast as it came.

Talking about Hogan’s rise in the world of business and entertainment is impossible without showing his failures. These failures may best be summed up by a pair of restaurant endeavors that the wrestler put his name on.

On Labor Day, 1995, Hogan opened his first restaurant. He didn’t open it in Times Square or a swanky Los Angeles spot. Perhaps, catering to his audience, Hogan opened Pastamania in the Mall of America.

This shopping center is among the biggest in the world, and at the time, malls were still raking in money across the globe.

The menu included Hogan-shaped pasta on top of the more traditional fare, such as alfredo and spaghetti and meatballs. It also offered delivery throughout the mall, and Hogan was there to kick off the endeavor in a star-studded event. After the dust settled, however, Pastamania stood no chance. People weren’t dying to try wrestling-centric pasta, and the business model proved little more than a gimmick.

However, Hogan didn’t stop there.

Years later, he tried to capitalize on his image to open a different type of restaurant, according to Fox News. In 2012, Hogan was coming off of a divorce and a series of financial decisions that left his pocketbook in dire shape. To combat this, he went all-in on the business side of his brand. The result was Hogan’s beach in Tampa Bay, Florida.

“It’s a logical extension of the Hogan brand, with my image and likeness,” he told the Tampa Bay Times (per Fox News). “In 36 years, I’ve become so tangible to the public and not just Americans. We have a chance to have an international draw.”

Within years, however, Hogan was embroiled in a scandal, per UPROXX, that involved the wrestler making racist remarks in the middle of a sex tape. While the restaurant floated rebranding without its Hogan branding, it eventually closed its doors for good. The biggest splashes it made were mostly negative, from an event in which a woman stole a shoe to an ill-attended labor day party.

Hogan has had some resurgence since his scandal in recent years, but his days as a marketable brand are over. These two failed restaurants show that celebrities and food don’t always mix. While there are exceptions, many ideas such as Pastamania and Hogan’s Beach are dead in the water before they ever get to float.

a, Hogan, Hoote, Hulk, Once, Opened
You may also like: