Many people thought they’d never see the day when Jeezy and Gucci Mane would set aside their differences and put their beef to rest. The two had been feuding for 15 years after a misunderstanding over Gucci Mane’s breakthrough single, “Icy.”

Regardless of their history, Jeezy and Gucci Mane came together to host a historic Verzuz battle on Instagram Live on Nov. 19. During the competition, the two traded barbs, with Gucci Mane bragging about wearing millions of dollars of jewelry at one point.

Jeezy responded by boasting about his real estate investments, claiming he owned “half of Atlanta.” Social media users went crazy after the remark, with many questioning just how much real estate Jeezy owns in Atlanta. He clarified his remarks during a recent Breakfast Club interview.

Jeezy claimed he owns a lot of real estate in Atlanta 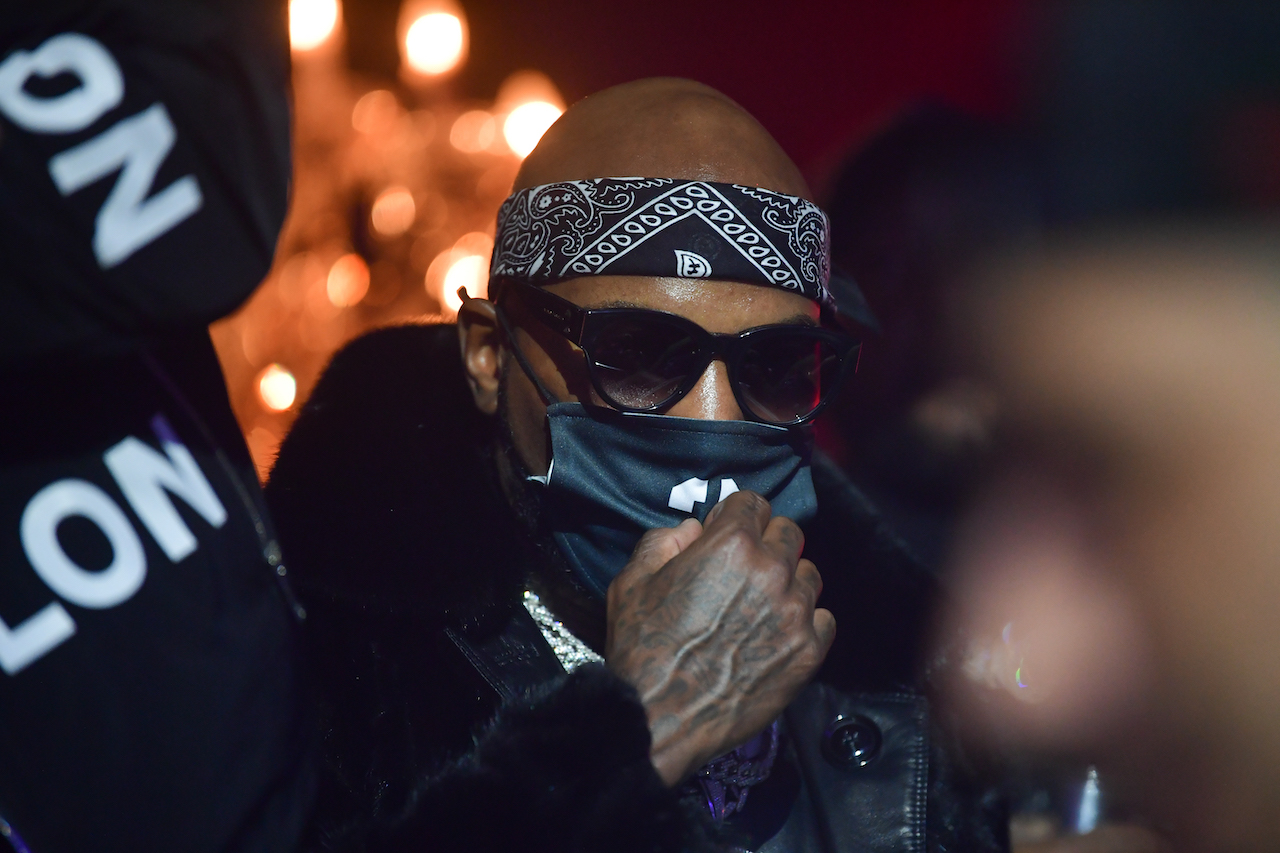 At a certain point in the battle, Gucci Mane bragged about how much jewelry he was wearing at the moment. He claimed to have on several million dollars worth of jewelry, which is irrefutably an impressive amount.

Jeezy, however, was not impressed by the claim. He wasn’t seen wearing any flashy chains during the battle, having chosen to go with a more understated look. In turn, he responded to Gucci Mane by boasting about how much real estate he owned. Subsequently, the internet went into a frenzy.

During a recent interview with The Breakfast Club, he got a bit more specific about just how much property he owns in Atlanta.

“A lot,” Jeezy said. “A lot, a lot. You know, a lot. I’m probably one of the top, if not, the top [people] I know, especially for what I do, that owns real estate downtown, midtown, you know, throughout Atlanta. That’s a big thing for me.”

Jeezy explained that he doesn’t like to put too much of his business out into the public, which is why most people don’t know about how much property he truly owns.

“A lot of people don’t know that because it’s quiet for me, but I’ve been on it,” Jeezy said. “I own city blocks, you name it. It’s crazy, but that’s … who I am as a person. I’m into things like that, I just don’t talk about them all the time. So you just gotta be from that world to know. So … you know Jeezy, you know real estate.”

DJ Envy then referenced how Jeezy mentioned “owning half of Atlanta” during his Verzuz battle, wondering how true the statement was.

“I was being real, though,” Jeezy said. “Aye man, I don’t have 20 chains, I ain’t got time to buy stuff like that, and it’s hard taking them things off. But I’ll tell you, you know when it comes to those houses, and those subdivisions, and those duplexes, I mean we can get into that, you know? All day, we love it …”