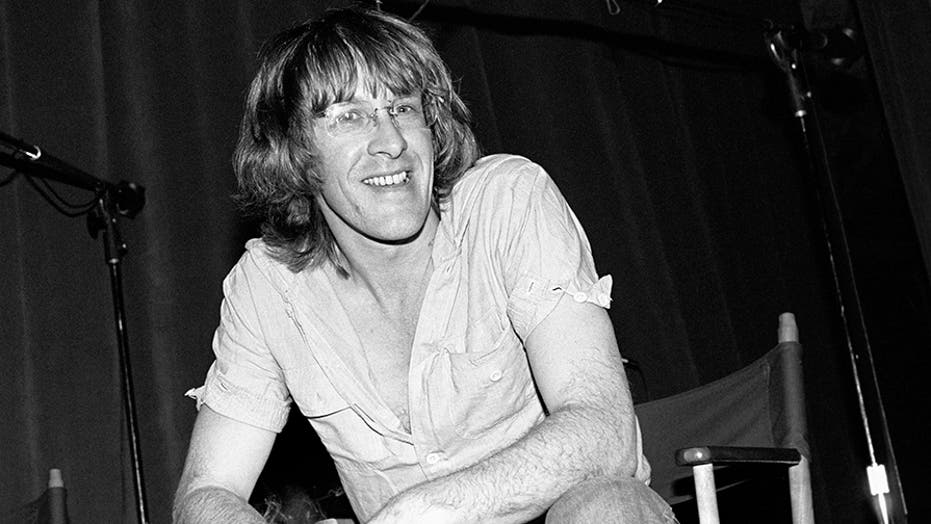 For Jefferson Starship, it’s about time.

The ‘70s rock group has recently released a new album titled “Mother of the Sun,” which is their first release in 12 years. It features a new single titled “It’s About Time,” co-written by former original member Grace Slick, 80.

Even during an ongoing pandemic, Jefferson Starship is just as passionate about creating new music that pays tribute to founding member Paul Kantner. The artist passed away in 2016 at age 74 from organ failure and septic shock. 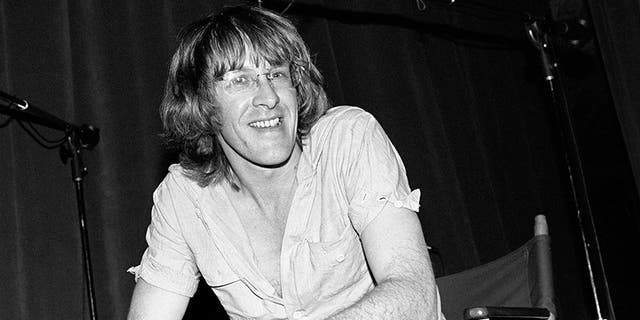 Paul Kantner of Jefferson Starship at the taping of the Robert Klein Radio Hour at RCA Studios in New York City on November 20, 1979.
(Ebet Roberts/Getty Images)

Fox News spoke to Jefferson Starship members David Freiberg and Cathy Richardson about their newest single, honoring Kantner’s memory and whether they’re afraid to get political in 2020.

Fox News: What do you believe has been the secret behind Jefferson Starship’s lasting success?

David Freiberg: I think it comes down to the songs and the chemistry the band has. Also, not being afraid to add or subtract people. When we started out, Jefferson Starship was really everybody that was left out of Jefferson Airplane.

But the band kept evolving, both musically and with its members. The music and the crew kept changing with the times and adapting somehow. We were always moving with this spark of a new song or idea. 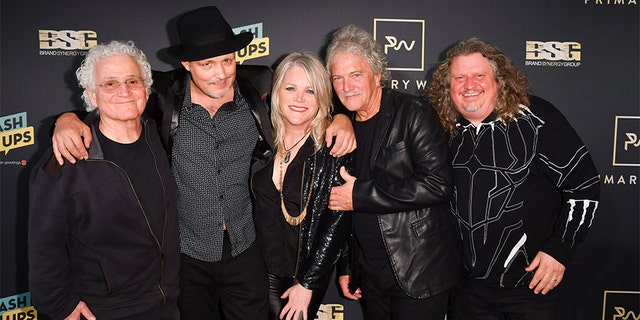 Cathy Richardson: We’ve just grown to be really tight as a band during all the years being on the road. In the last couple of years of Paul’s life, he was not doing well. So we were going out without him.

And it was always this volatile situation because we didn’t know if the promoters were going to be mad because Paul’s not here. Are the fans going to be mad? But we got through that. We became tight emotionally and musically. When Paul passed away, we felt this would be an amazing tribute to him, to continue making music and dedicating it to him. He brings us together.

Fox News: What’s one memory of Paul Kantner that has been resonating with you lately?

Freiberg: Oh, Paul has been my good friend since 1962 so there are many. He had this way of being in control, and yet had no problem with letting anybody do whatever they wanted unless he noticed something and then he would call your attention to it. But that happened very rarely. He was just an amazing man with so many amazing ideas. And so well-read. His songs had lots of intellect. You can still discover something new in them today. 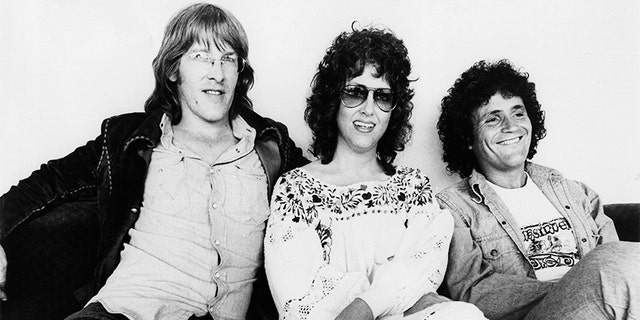 Richardson: I remember one night we were in Anchorage, Alaska playing in this beautiful theater. We were singing this beautiful song and I just had this moment where I felt I needed to remember every single second of it because it was that awesome. The way that our voices were harmonizing in this beautiful venue surrounded by friends – you couldn’t ask for anything more. I think that perfectly captures my memory of Paul and how wonderful he was.

He was very smart but also very funny with this dry sense of humor. We would laugh all the time. All it would take was for him to drop this subtle line and we would be rolling on the floor laughing. He wasn’t an out there personality. He was very reserved, very shy. He stayed to himself a lot. But when he came out, it was all rock ’n’ roll.

Fox News: What’s the story behind “Jane.” is there a real Jane Doe?

Freiberg: Oh, I don’t want to blow her identity *laughs*. We changed her name to protect her identity, you know. She was an old girlfriend of mine actually who was there right at the beginning of when Quicksilver Messenger Service started, my first band.

It’s about things that we went through that were amplified. Once you start writing a song, the characters develop their own lives. Perhaps they were a little better than the truth. [But] I know her today and she’s a very fine person. One of the best that I know.

Fox News: The first single from “Mother of the Sun” was co-written by Grace Slick. Can you tell us about that?

Richardson: Yes, I was staying at her house in Malibu and we were watching the Women’s March. We were just really excited to see the activism and seeing women marching for their rights. And I said, “We should write a song that encapsulates this movement. It’s about time for women to rule the world, you know?” She said, “That sounds really cool.” And then one day in the mail, I received these handwritten lyrics from her.

She wrote a note and said, “It’s probably too much, but take what you see fits and throw away the rest.” I immediately grabbed my guitar and wrote a chorus. And then Jude [Gold] had this riff he was playing around with during soundcheck. And that’s how the song “It’s About Time” was born. I think we ended up with a really great song.

Fox News: Cathy, you were handpicked by Grace to serve as vocalist for Jefferson Starship. What was your initial impression of her?

Richardson: Actually, I was originally hired by Paul Kantner in 2008. He was alive and very much actively touring then. So when I joined, I didn’t know her yet. I eventually met her at one of her art shows and I just immediately felt she was super cool. I quickly had all these questions for her.

It was just an incredible honor. But she has been incredibly supportive of this journey and I couldn’t be more thankful.

Fox News: With the ongoing pandemic, it can be very discouraging for some bands to release new music. What’s keeping Jefferson Starship going?

Richardson: I don’t think any of us can do anything else *laughs*. When you’re a performer, it’s your lifeblood. We can’t wait to get back out. 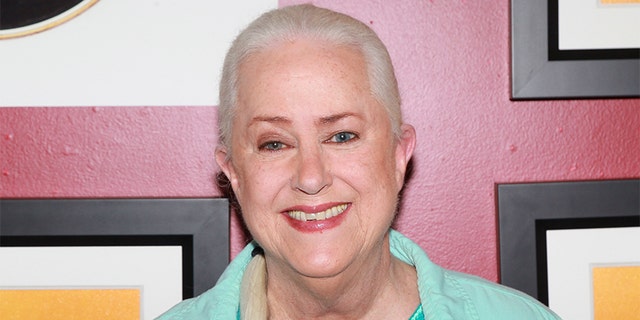 That’s what keeps us going, the hope. And having an album out during a pandemic has been really great for us. Otherwise, we’d be really sitting around and doing nothing *laughs*. Even though we’re at home, we get to connect with fans and release new music.

Fox News: What’s one thing about the music being released during the ‘60s and ‘70s you miss the most, something we don’t necessarily have today in 2020?

Richardson: Although pop music is really great, I miss seeing the bands going up on stage, rocking out and just sounding amazing without all the backing tracks, dancers and explosions.

I mean, explosions are great. Dancing is great. All that stuff is great. But a band just playing music is great too. That’s what I miss the most. And that’s what we do. And I miss it so much that I’m going to do it for the rest of my life. 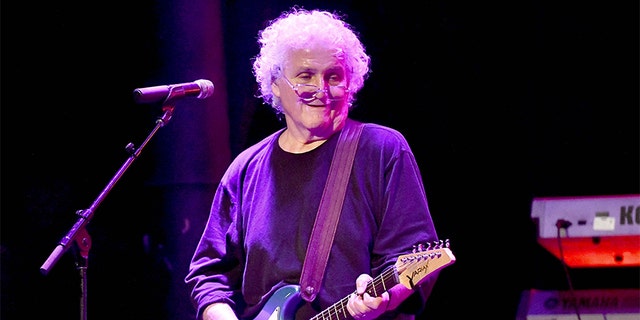 Fox News: What’s the most unique encounter you’ve ever had with a fan?

Richardson: Well, David gets recognized everywhere 'cause he’s got that cotton ball hair that’s unmistakable *laughs*. A lot of time we’ll get off an airplane and you’ll see a guy there holding a stack full of albums and he makes David sign like 30 of them. And David, being as sweet as he is, signs all of them. But you know these albums are going straight to eBay for a ridiculous price and not for a genuine fan. So that can be annoying.

Fox News: In a year of political unrest, some artists don’t think twice about sharing their views. Others prefer to stay quiet out of fear that it may alienate some of their fans. What’s your stance, especially this year?

Richardson: We’re very vocal and we’re letting it out. We’re saying what we think because it’s too important not to. When we go out into the world and are on tour, we play in every part of the country. We play in small towns and we meet people from all walks of life. But we know that probably a lot of them don’t have the same political views as we do. 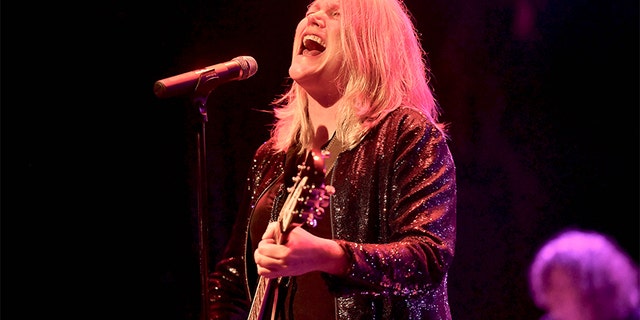 What we try to do with music is to bring people together. Music is the great unifier, the universal language. It makes you feel something, it makes you connected to something. So in a way, we can all come together and agree on something, you know?

So it makes me sad if people don’t want to hear our music if they don’t agree with our political views. We do want to come together. We want to work towards a world that is good for everybody. Not just some people.

Billie Eilish Earns First Streaming Songs No. 1 With ‘Therefore I Am’