Jenelle Evans‘ ex-BF, Nathan Griffin, got into a nasty spat with his mom over a car accident … and when he left she feared for his safety.

Law enforcement sources tell TMZ … cops were called to Nathan’s home on New Year’s Day and when they got there Nathan said his mother had driven her car into his. The accident happened on private property, so cops told Nathan they couldn’t take a report … and he and mom would have to hash it out on their own.

That’s when things kicked up a notch. Sources close to Nathan tell us he and his mother got into an argument and exchanged harsh words. Nathan locked her out of the house until she apologized. When he finally let her in, Nathan bolted and threatened he might take his life.

BTW, we’re told Nathan’s son, Kaiser, who he shares with Jenelle, was home the entire time.

Our sources say after Nathan left in a huff, his mom started blowing up his phone … calling more than 50 times. When she couldn’t reach him, she called police.

We’re told officers eventually caught up with a very upset Nathan, who said he wasn’t going to hurt himself, but agreed to go to a hospital for a mental evaluation. Nathan was hospitalized for 5 hours, and doctors decided he was not a danger to himself and let him go. 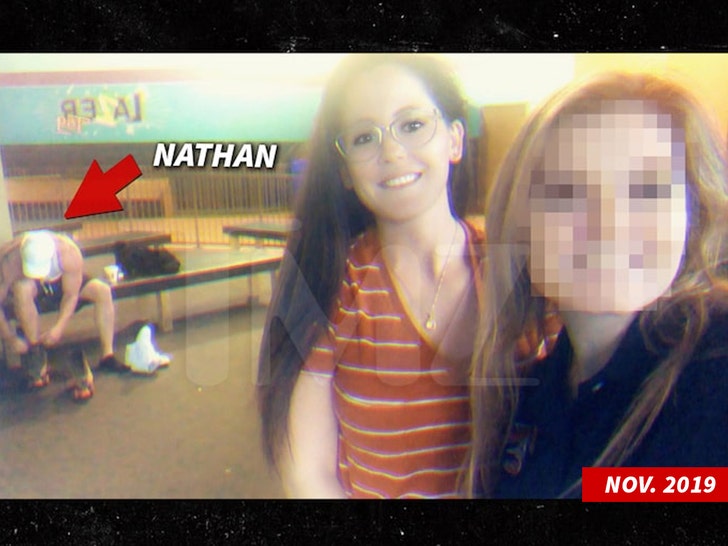 You’ll recall … we last saw Nathan back in November, when he was hanging with Jenelle amid her divorce from David Eason.

However, we’re told things are still nasty between Jenelle and Nathan as they fight over custody of Kaiser.

'The Vampire Diaries': Ian Somerhalder and Paul Wesley have teamed up again

‘Mission: Impossible 7′ Halted Due To Coronavirus