Jeremy Clarkson, 59, and his fellow stars from The Grand Tour James May and Richard Hammond are currently stranded on a tropical island after suffering a “hilarious f**k up” while on their way to film the new series of the Amazon Prime show. The presenters documented their mishap on social media, as the former kept his 7.2 million followers up to date with the situation on Twitter.

The outspoken host initially explained: “Only May, Hammond and I could do this: end up 500 miles away from the entire crew, on the wrong island.”

He went on to add in a separate tweet: “We elected to fly on the cargo plane with the kit and it broke.”

Fortunately, Jeremy revealed the trio happened to have some supplies to keep them going after getting “marooned on a tropical island”.

He added: “Now we’re marooned on a tropical island with nothing but a car and wine.” 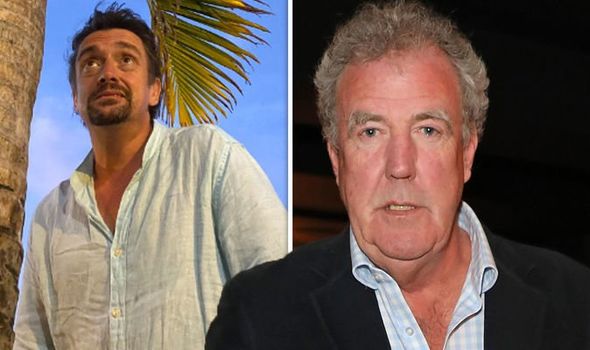 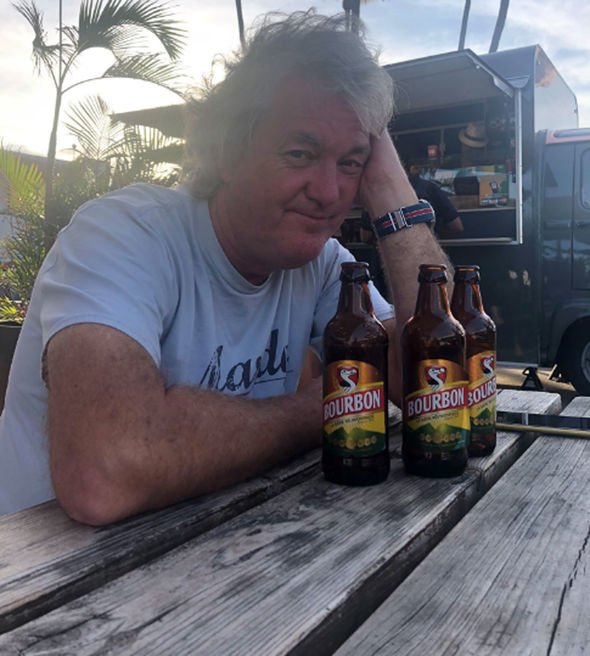 The TV personality went on to share a picture of James looking bored and surrounded by bottles of beer.

Jeremy jokingly said in the caption: “May is going through the rations too fast. We may not survive.”

Giving another update, the Who Wants To Be A Millionaire? host posted a video of James and Richard sitting around an outdoor table drinking as they created a mock introduction to the new episode.

Richard said: “Hello and welcome to a Grand Tour special.” 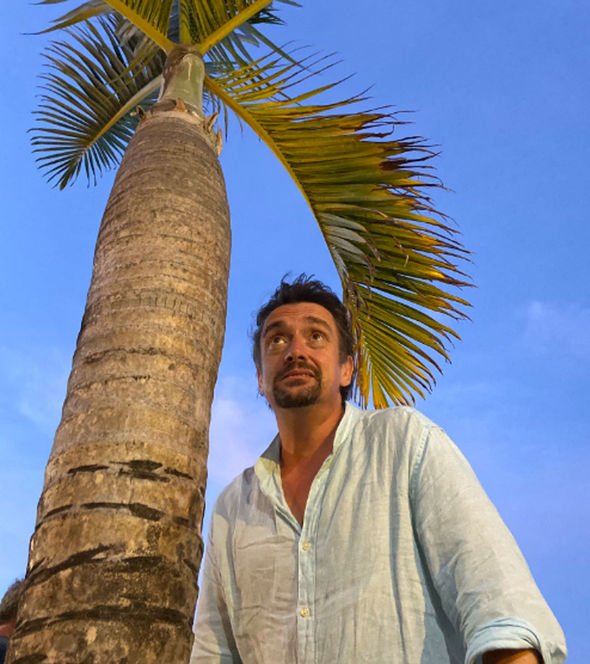 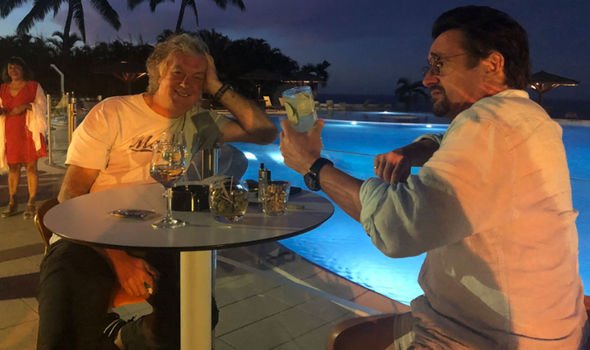 “Which is coming to you from Jeremy Clarkson’s iPhone,” James added.

The star also took the opportunity to clarify that the incident hadn’t been “planned” to add drama to the show after a Twitter user suggested: “Almost sounds like you planned it.”

“We really didn’t plan this. It’s a hilarious f**k up,” Jeremy insisted in response.

James also weighed in on the drama and shared a snap of Richard looking concerned while posing next to a palm tree in view of his 3.1 million followers.

He sarcastically captioned the shot: “We’re marooned. We may have to eat him.”

Jeremy then posted again, as his co-hosts were pictured making the most of the unfortunate situation by enjoying a drink next to a swimming pool.

He quipped alongside the image: “I’m going outside. I may be some time.”

In his latest tweet, Jeremy jokingly told fans: “The good thing is: our tropical island is in the EU.”

Twitter users were quick to share their thoughts on all the drama, with one fan writing: “Just make sure all three of you do not get pneumonia.”

Another remarked: “Sounds like a good idea for a TV show…”

“Could be worse! There could be no wine,” a third fan joked.