Amid all the chaos of the coronavirus pandemic, it’s nice to hear some good news for a change. A rich actor just made a gazillion more dollars. Doesn’t that make you feel all warm and fuzzy inside??

For real, the news is not simply good but EXCELLENT for John Krasinski, who just sold his YouTube show, Some Good News, to ViacomCBS for a boatload of money after what’s being described as a “massive bidding war” between networks.

And yes, this is the Internet, so people are pissed. But do they have a point?

Armed with nothing but a computer camera, the Office alum used his celeb connections to surprise fans and reunite casts from his home. He shared feel-good stories the way your aunt does on Facebook (the sweet one, not the crazy one). And it went viral right away, racking up 2.57 MILLION subscribers in less than two months!

The show’s charm was in a big star who could have just sat around doing nothing using his rinky-dink computer camera to film a fake show with a homemade sign because it was what he could do during the quarantine to try to pick up people’s spirits as they were stuck at home depressed.

So yes, the fact he immediately made a big profit off of it isn’t sitting right with a lot of people. Some fans think it’s a nice thing ruined by greed; more cynical critics are thinking it was all a disingenuous money grab from the start!

What’s more, and this is frankly shocking if we’re being honest, Krasinski won’t even be writing and starring in it anymore! Wait, WHUT??

According to The Hollywood Reporter, the A Quiet Place director will now be an exec producer as the show moves to CBS All Access with a new host, presumably put together by a whole big team of people. So yes, Viacom essentially just bought the concept of a news vlog.

Krasinski presumably took a break from laughing all the way to the bank to say in a statement on Thursday:

“Could not be more excited and proud to be partnering with CBS/Viacom to be able to bring Some Good News to so many more people!”

Um… to “so many more people”?? By moving it from the free platform of YouTube to a paid subscription service?! Is he serious?? He continued:

“From the first episode, our goal was to create a news show dedicated entirely to good news. Never did I expect to be joining the ranks of such a historic news organization as CBS.”

At least we know why he signed off for good after the 8th episode.

Per THR, Krasinski initially didn’t want to sell the idea, wanting it to remain free for everyone on YouTube. But as more and more companies came calling (and the show got monetized on YT) he changed his tune.

The outlet also points out the star already had a good relationship with Viacom as they own Paramount Pictures, which made the A Quiet Place movies, and Paramount Television Studios, which makes Jack Ryan for Amazon Prime Video.

OK, so you can probably get why people would be upset by all this. Here are a few of the most dissatisfied tweets:

“remember when he created this free feel good YouTube show to “make people feel good” and now he is…………….selling it for $$$? really cool, 100% honorable”

“I actually love when celebs pivot to becoming kindness grifters to make millions selling shows with amazing premises like “But what if there was some GOOD news?””

“So he made 8 YouTube videos comprised largely of unpaid contributions from fans, sold the brand to a major conglomerate, and isn’t even going to make it anymore? Just cashed out? Does this rub anyone else the wrong way, kinda?”

“You got to love when what seemed like an act of goodwill during a pandemic can be auctioned off to the highest bidder. Mmmmm taste that sweet sweet capitalism.”

However, a lot of others are just applauding the shrewd business sense. He made a product go viral for almost no initial investment and sold it to the highest bidder. Can’t exactly fault him for it — it’s the American way, right?

Besides, being positive is essentially Ellen DeGeneres‘ whole brand, too, right? And no one faults her for it!

What do YOU think, Perezcious readers? Does selling the “good news” show for tons of money suddenly make it seem cheap to you? Also, will anyone even watch this thing without Krasinski?? 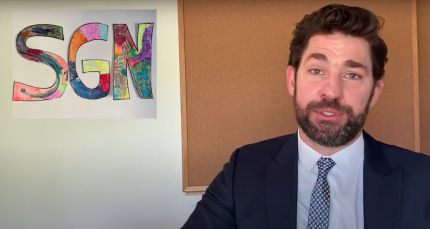 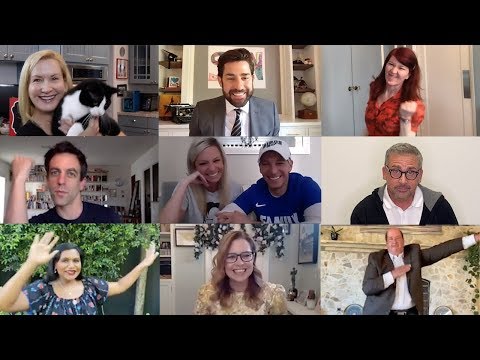 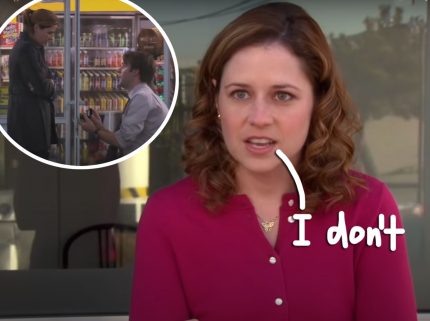 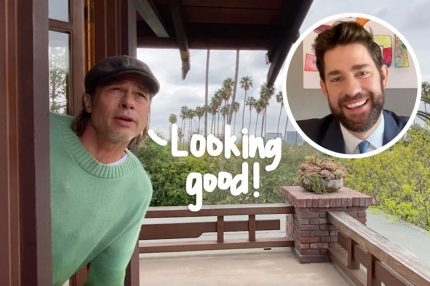 Tom Hardy Stocks Up on Groceries in His Face Mask

“He will never see her grow up”: mother of George Floyd’s daughter gives moving speech