When Keeping Up With the Kardashians first launched, Kim Kardashian West’s reputation wasn’t the best one. This Reddit thread explores some of Kim’s sticky past that many viewers seem to have forgotten about. One user said it perfectly and wrote, “When Kim first came on the scene she became the quintessential “famous for being famous do-nothing” socialite in place of Paris Hilton.”

Kim’s image of fame has transformed throughout the seasons. The popular star has come a long way since she first began her career and the reality television show. Fans and viewers can recall seeing clips of Kim in the earlier seasons becoming overwhelmed as she learned tried her best to learn the ins-and-outs of running Dash.

One night she left the boutique in complete disarray for her sisters to find in the morning. Time management also used to be a pretty big issue for the famous celebrity. Pretty recently, Kim was even in the headlines for showing up late to Chance the Rapper’s nuptial ceremony. Behaviors like these are why so many fans have been surprised that Kim has been coming down on her sisters so hard.

What was Kim Kardashian’s recent criticism of her sisters’ work ethic?

Kim Kardashian West likes to consider herself a workaholic, but the reality television star seems to forget that she isn’t perfect. As Season 18 of Keeping Up With the Kardashians kicked off, the audience saw Kim attack her sisters for not having the same standards and values when it comes to their work ethic.

What started as a friendly conversation between the Kardashian and Jenner siblings poking fun at their mom ended in a hostile family fight. When it became clear that Kylie might have to miss an important upcoming work event, Kris Jenner begins to spiral as she turns to her daughters to pick up the pieces and save the day.

After the sisters shared a few laughs at Kris Jenner’s level of disparity, Kim decided to use the conversation to voice her concerns about what she believed to be the real issue. During the recent fight, Kim expressed the root of the problem is that none of her siblings’ work ethic compares to her or Khloé’s professional values and beliefs.

How did Kourtney and Kendall react to Kim’s criticism?

This is where things seemed to take a turn for the worse. Kourtney and Kendall immediately attacked Kim back and things quickly turned physical. In light of Kim Kardashian West’s history, fans can’t help but find Kim’s current actions and words to be hypocritical considering her complicated past with work and time management. Now fans and viewers are speaking out about why they think Kim has no room to judge her sisters’ work ethic.

How have fans of the show been reacting to the recent drama surrounding work ethic? 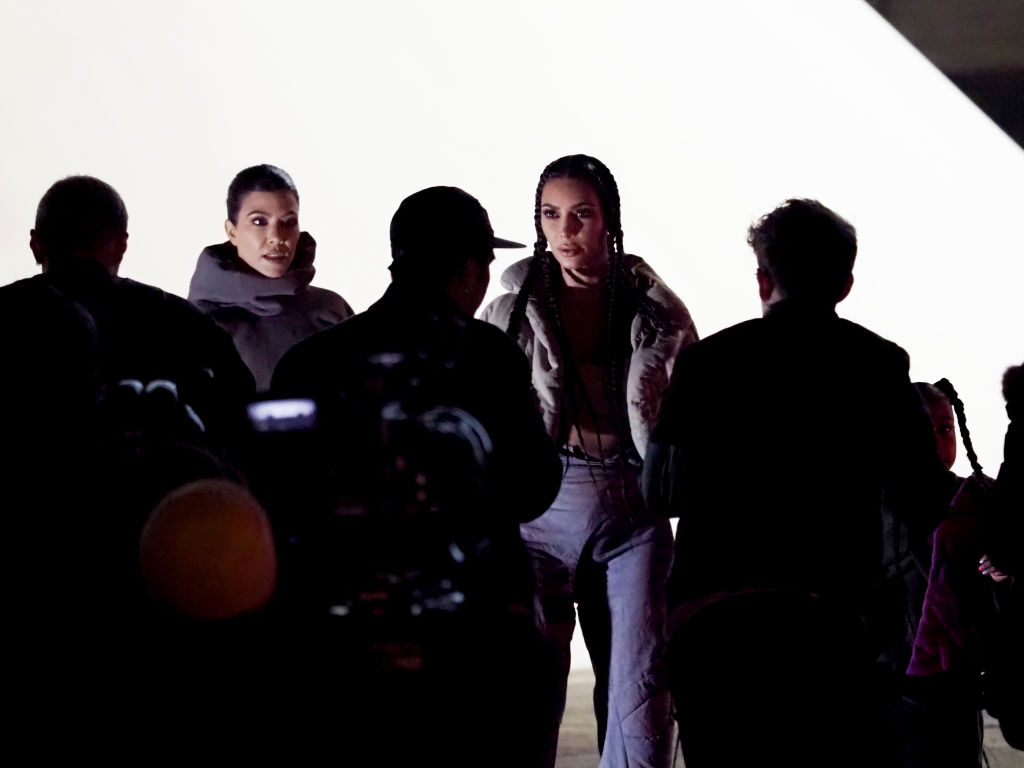 Many fans and viewers are upset with the way Kim Kardashian West has been addressing her sisters about their work ethic. One comment on Reddit read, “I would be really depressed if my family members treated me the way Kim treats Kourtney and Kylie regarding their work attitude.”

Many people seem to agree that Kim may have been too harsh with her sisters. However, there are some fans who have been standing up for Kim and her actions. Another user shared, “I’m kinda with Kim though. I think Kylie not showing up was very unprofessional and showed that Kylie really gets everything handed to her. I would’ve called out my sister too, personally. Everybody is different though. I can see how some would find that comment offensive. I just personally wouldn’t have and would’ve agreed with Kim.”

There are many mixed feelings and opinions amongst the viewers about the recent drama on Keeping Up with the Kardashians, and some fans are wondering if Kim has officially crossed the line.

Believe, Fans, Ha, Kardashian, Kim
You may also like: