Follow
Home » Celebrities » Kate Beckinsale in Julien MacDonald at the Critics’ Choice Awards: too much?

Kate Beckinsale in Julien MacDonald at the Critics’ Choice Awards: too much? 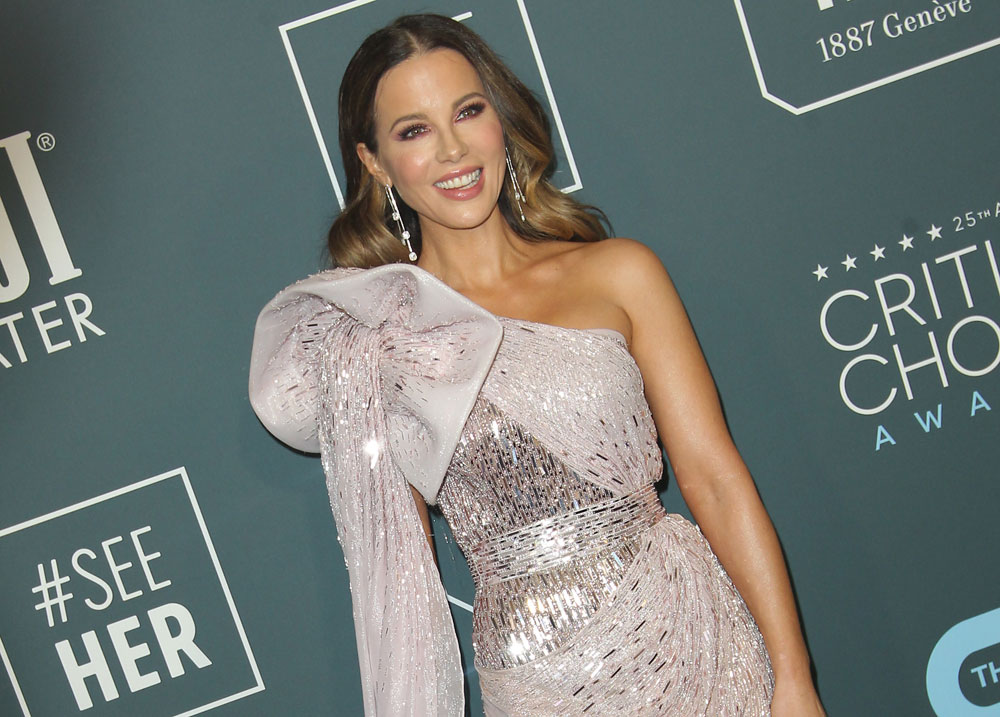 Kate Beckinsale was a presenter last night, and she was over the top as is typical for her. Hecate just covered Kate’s fashion at a Golden Globes after party, and I came away from her post with more of an appreciation for Kate. She wants to bring it every time and she tries, but it ends up being predictable. Imagine if she went for a classic and understated look instead. That would be unexpected, but this is not. Kate was in a peach Julien MacDonald with sequin beading and a giant goofy poof on one shoulder. When she came out on stage she had to push the long side train out of the way. There was something dramatic about that, but this was just the Critics Choice Awards. The venue didn’t seem suited to this. If this didn’t have that giant vomiting orchid on the shoulder it would be lovely. 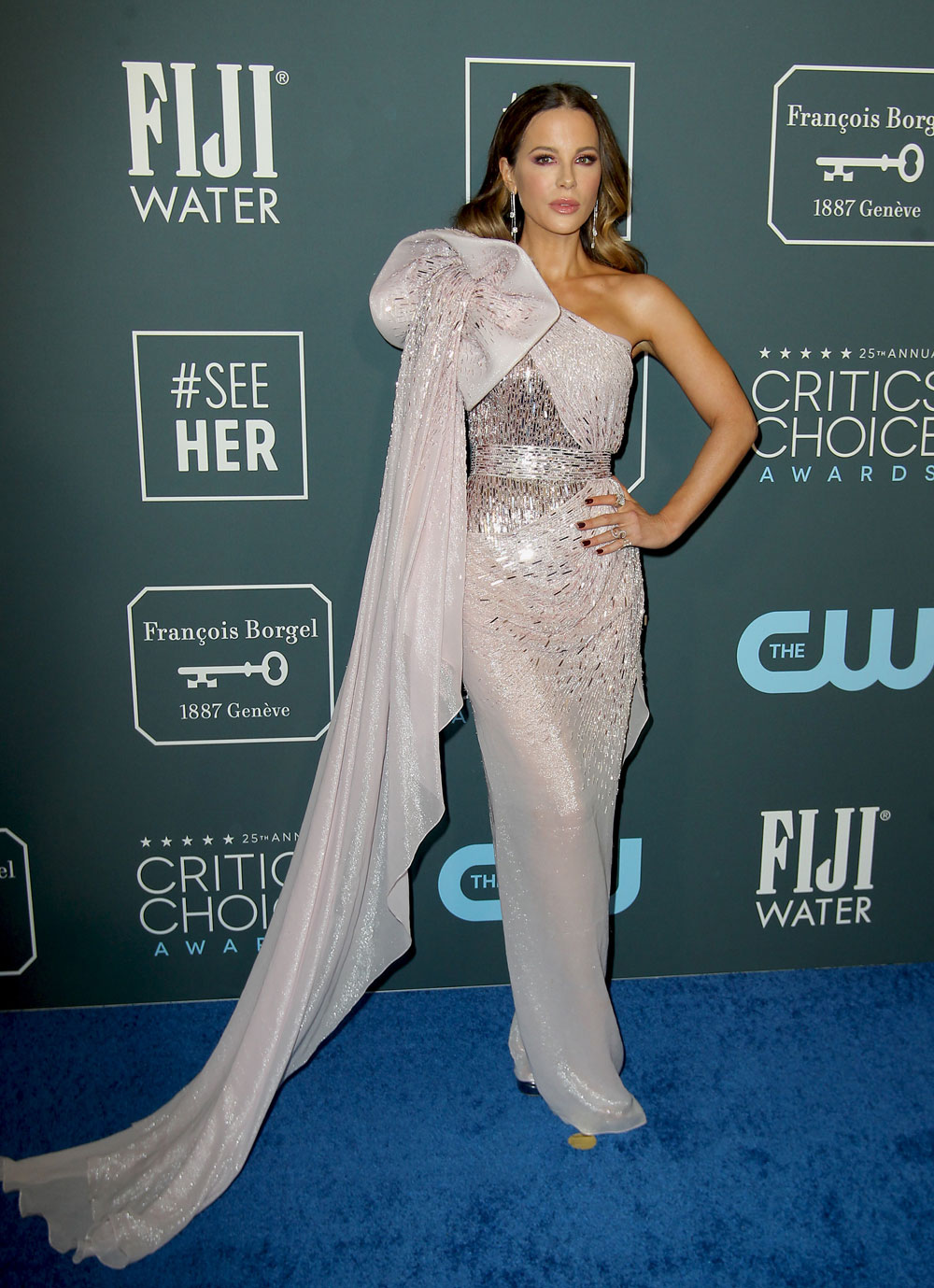 Whenever I use Billy Porter as the headliner the posts get less comments, maybe because he always brings such looks to the red carpet that people expect it from him. So I used Kate Beckinsale instead, since more people know her and will want to comment on her. Billy is the real star here, as he’s the one who takes actual fashion risks. In this case he veered from just a gown or suit and wore little temporary butterfly tattoos as his main accessory. Billy was in a Hogan McLaughlin gown in two shades of green with a contemporary angular bodice. I’m not sure about his silver jewelry, he could have toned that down a little, but at least he’s not completely matchy with his body art. It would have been weird if he wore butterfly jewelry too. I think the jewelry and gown are meant to contrast with the butterflies. 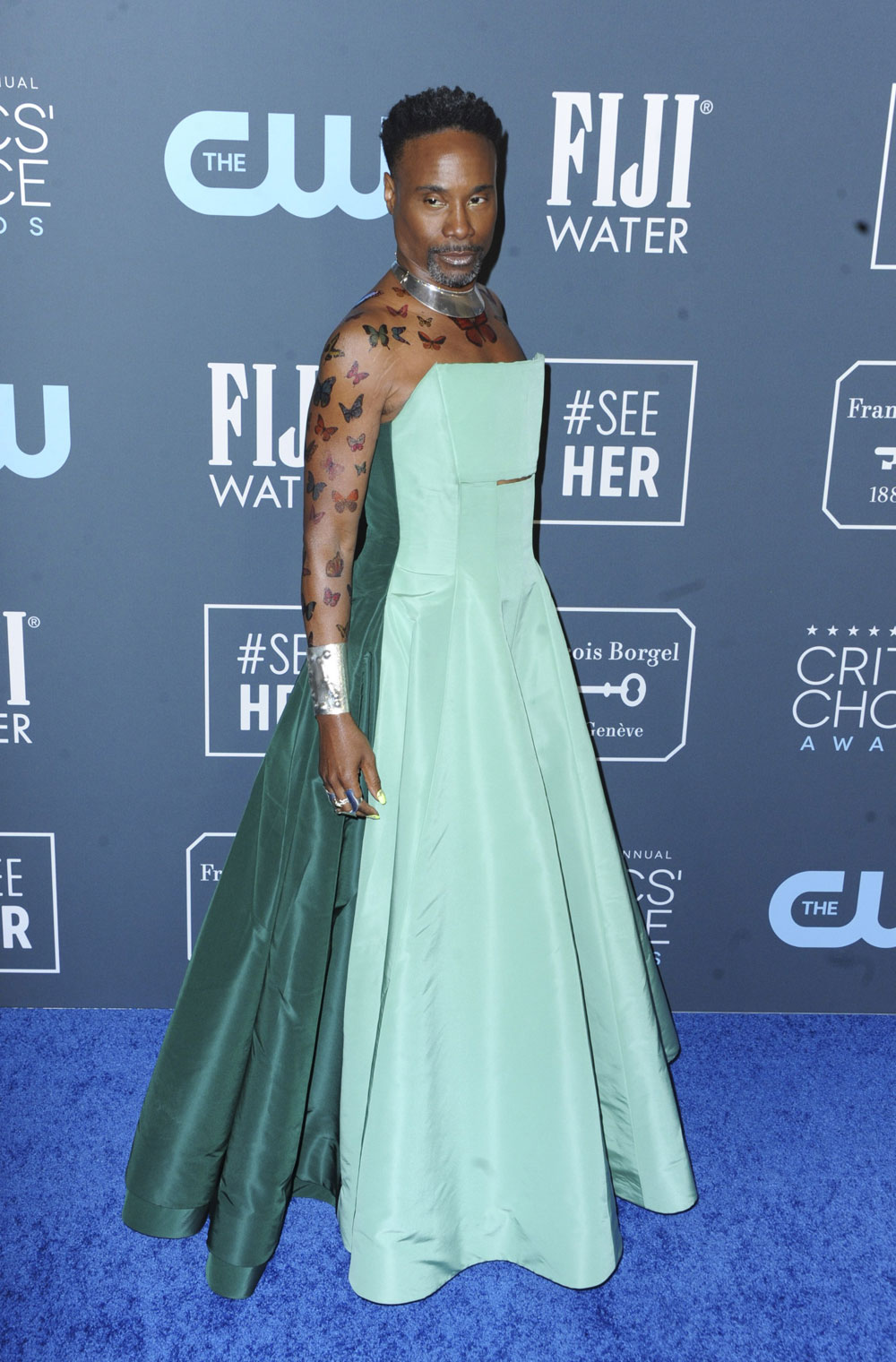 We’re not doing comprehensive posts with all the nominees and attendees, because it doesn’t seem like people really watched the Critics’ Choice Awards and we’re phoning it in a little, for us. Catherine O’Hara stood out to me on stage and I wanted to talk about her. She was in such a classic and elegant Romona Keveza, with perfect gold jewelry. This is a striking and thoughtful look. 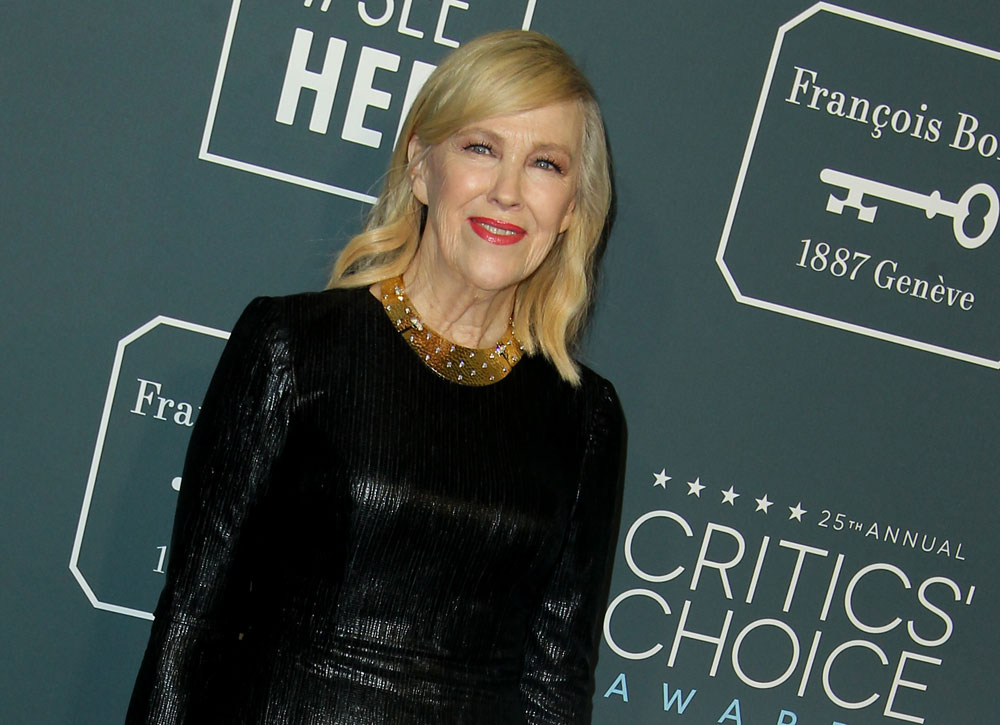 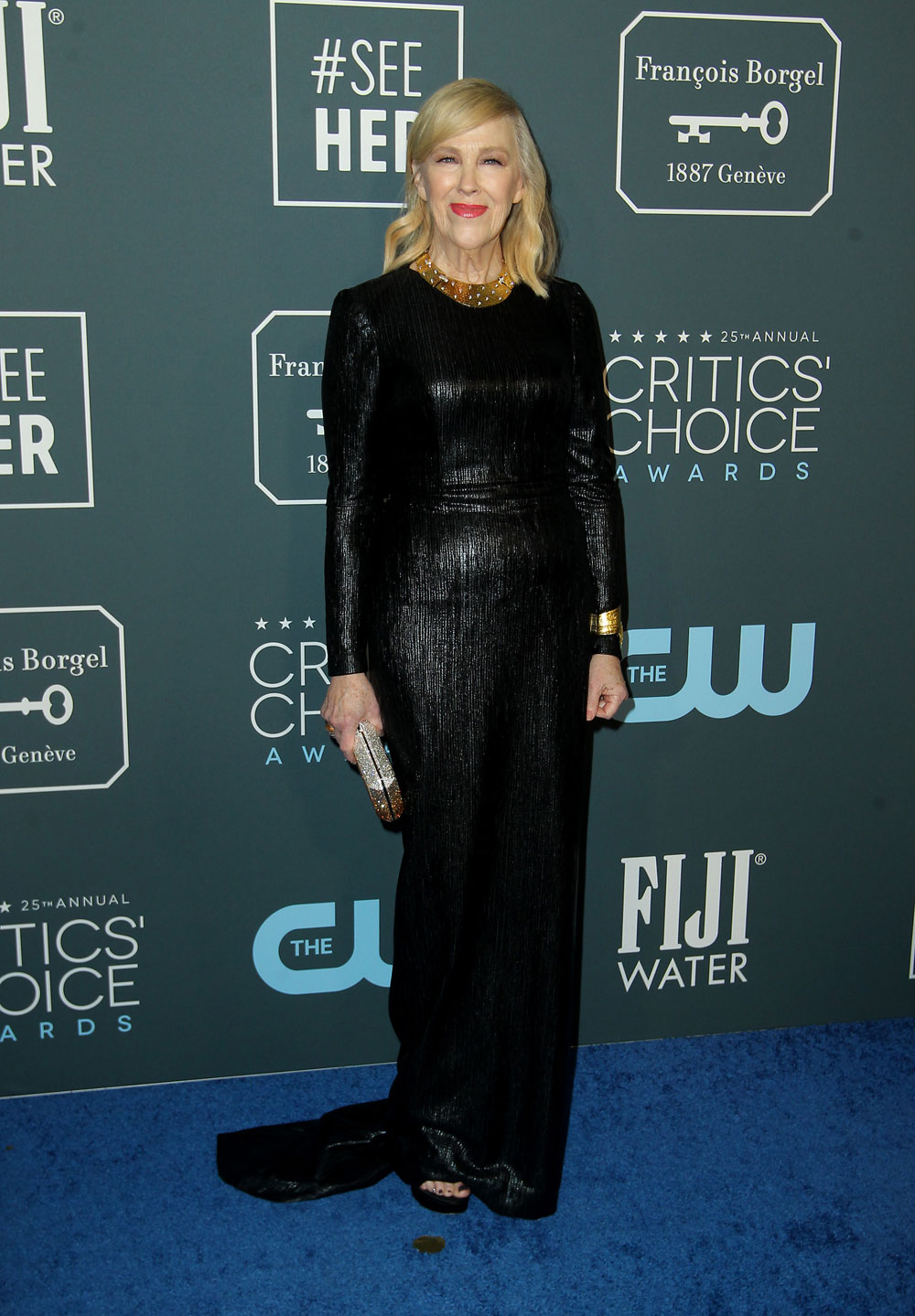 Mandy Moore had on an Elie Saab jumpsuit with gold chains at the neckline and bust. I would like this more without the tie at the neck. It’s very Little Red Riding Hood. Her hair and makeup are beautiful though and overall this is a win. 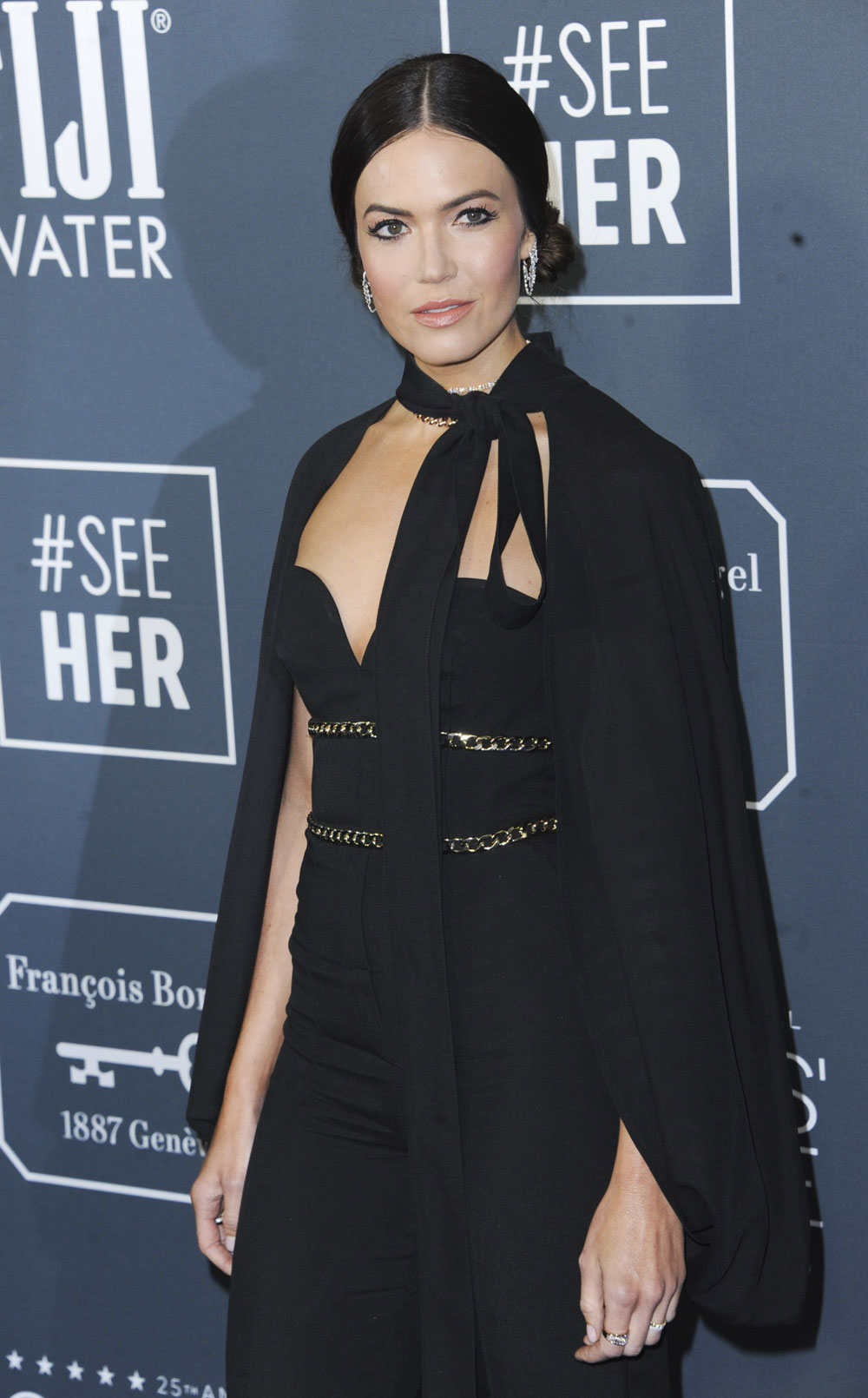 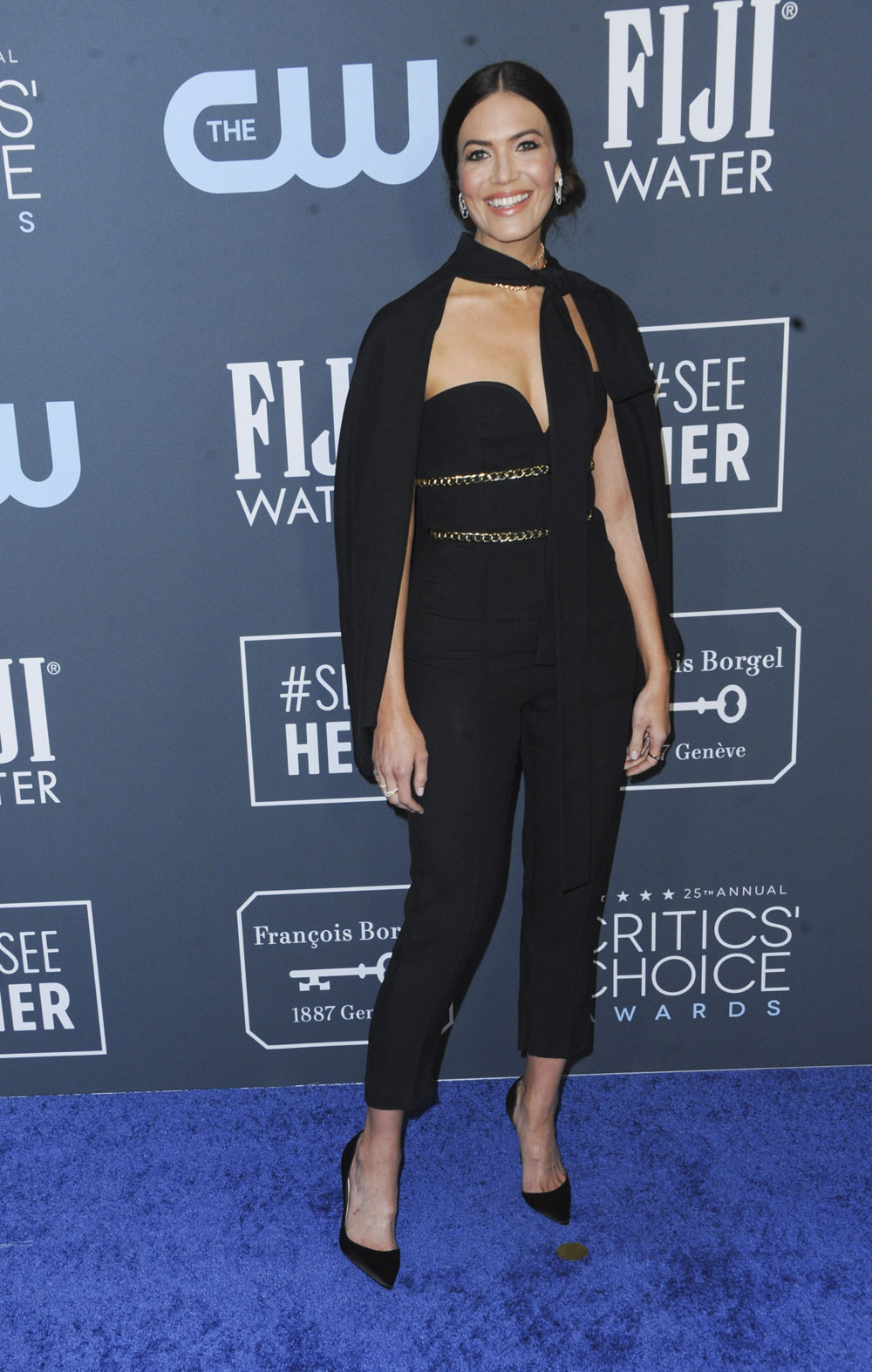 Merritt Wever doesn’t get enough credit for just turning in incredible work year after year. She does have two Emmys, for Nurse Jackie and Godless, but I saw one of our photo agencies identify her as “Brie Larson” recently. Merrit does have Brie Larson’s type of energy. She was nominated last night for Best Actress in a Limited Series for her work in Unbelievable, which went to Michelle Williams for Fosse/Verdon. Look at her in this awesome velvet suit. 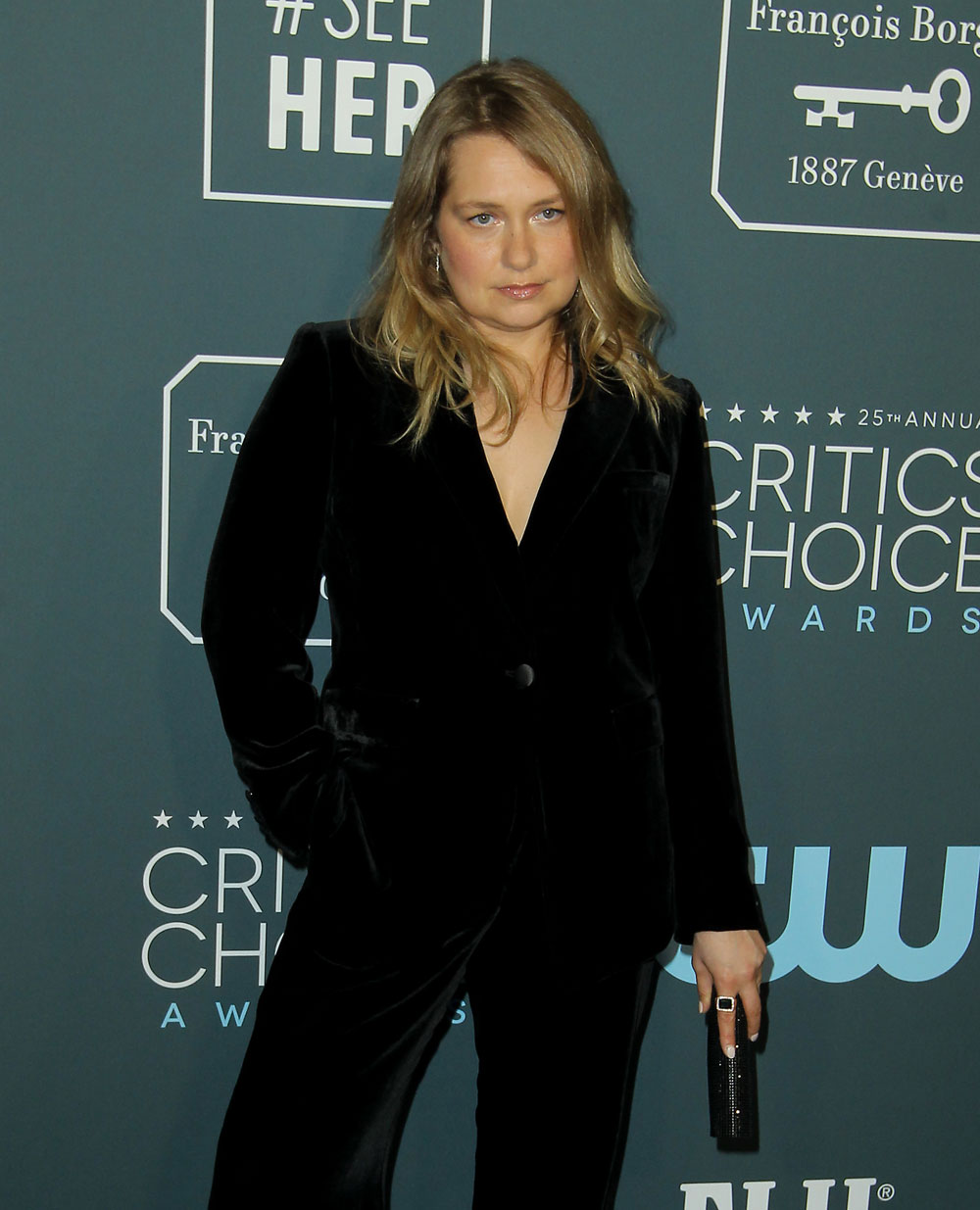 Susan Kelechi Watson was in a formfitting white and metallic Galia Lahav gown with a teardrop cutout along the front. The front of this dress is a big boring but the back has see-through netting in a geometric pattern! You can see her underwear through it. Susan was nominated for Best Supporting Actress in a Drama Series for This Is Us, which went to Jean Smart. 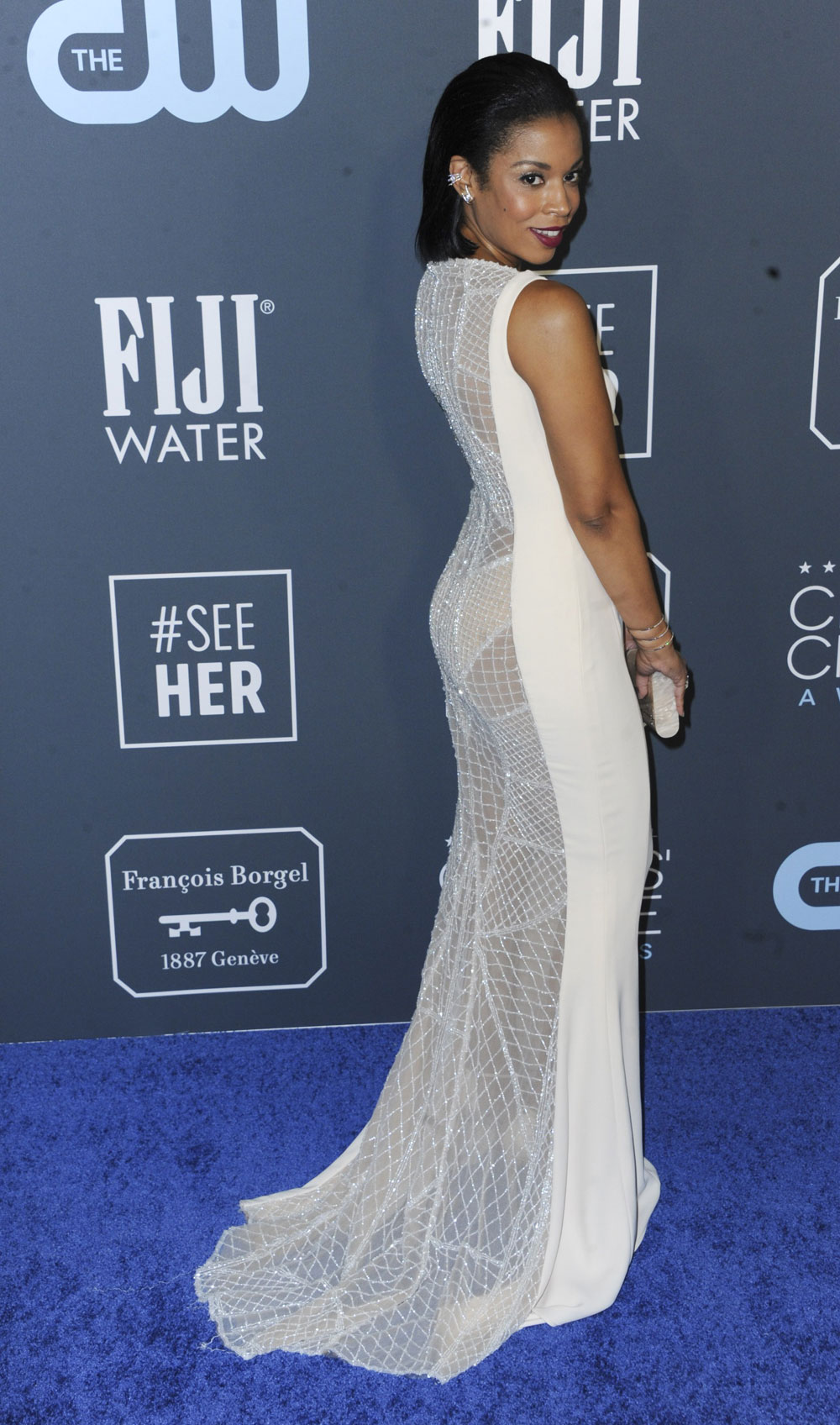 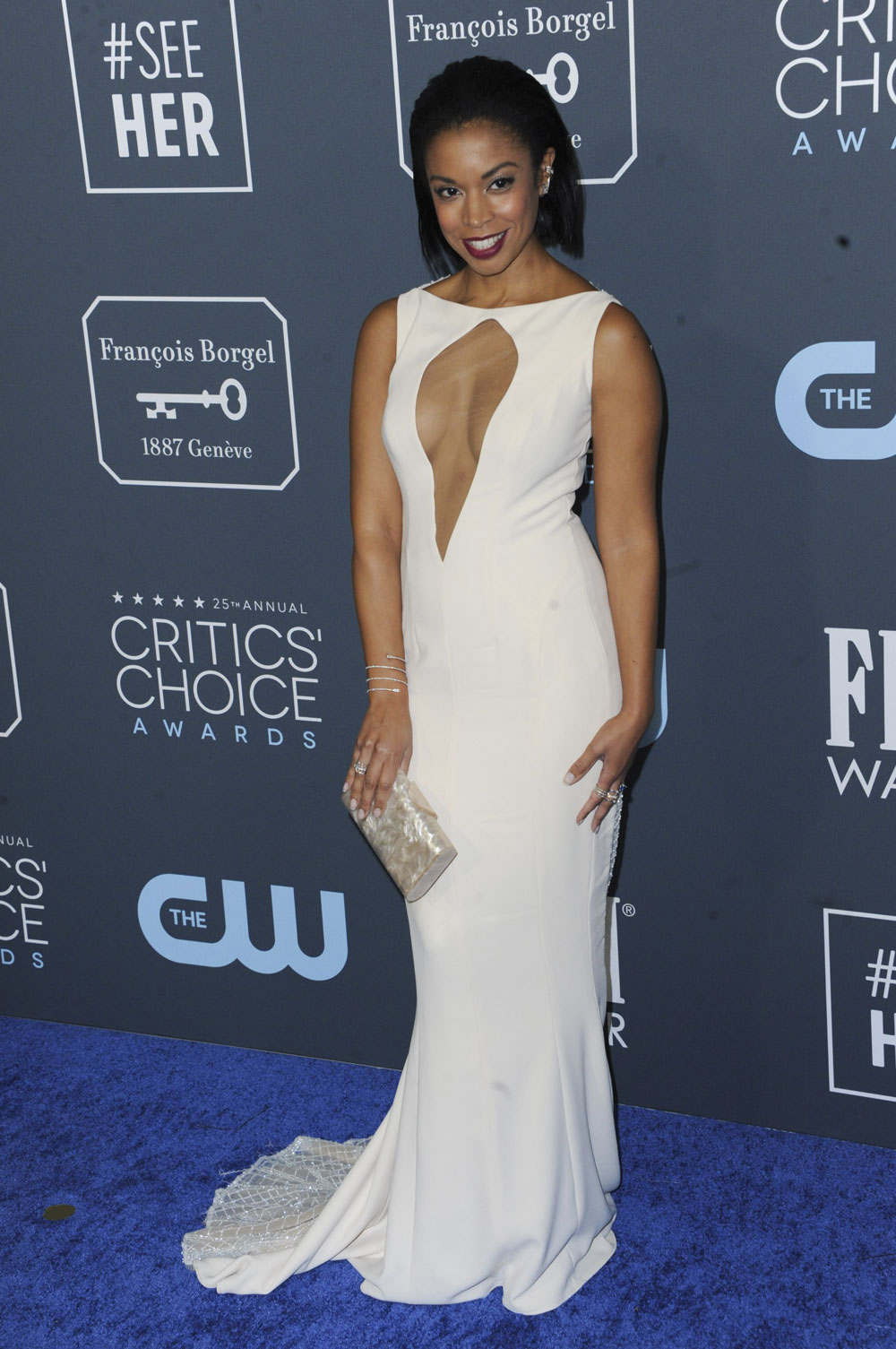 Here’s Jean Smart! She won for Watchmen, and that was nice to see because she also plays like fairy godmothers on Hallmark romcoms. She got played off last night and it seemed like other people who won in their categories got a lot more time to speak. I saw comments on Twitter that Jean was underdressed, but it’s just the Critics Choice Awards. I liked her matching shoes.
Embed from Getty Images

Lewis Capaldi Left Fuming Over His Branding as Redhead

Will the pandemic usher in a new wave of independent filmmaking as a necessity?