“It’s crazy to see my friend go thru what she’s going thru publicly,” Hart, 41, wrote via Instagram on Tuesday, August 4. “I have known Ellen for years and I can honestly say that she’s one of the dopest people on the f–king planet.”

The Ride Along star noted that the comedian, 62, has continually “treated my family and my team with love and respect” from the moment they met. 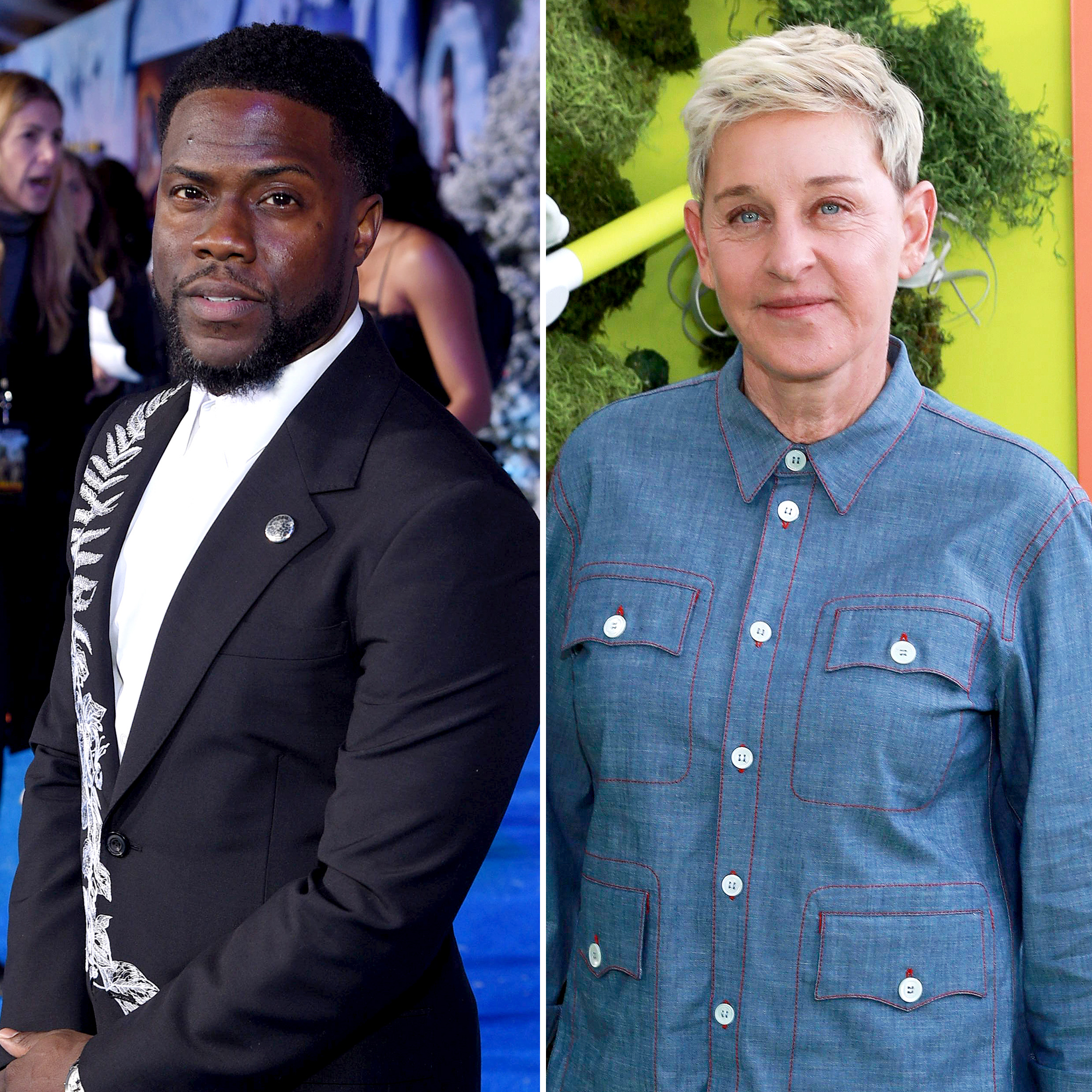 “The internet has become a crazy world of negativity….we are falling in love with peoples down fall. It’s honestly sad…When did we get here?” he asked. “I stand by the ones that I know and that I love. Looking forward to the future where we get back to loving one another.”

The Pennsylvania native added: “This hate s—t has to stop. Hopefully it goes out of style soon.”

Hart pointed out that his words of kindness toward DeGeneres are “not meant to disregard the feelings of others and their experiences.” Instead, he wanted to speak out about his own encounters with the Ellen’s Game of Games host.

“Love you for life Ellen…” he concluded.

Hart is the latest celebrity, following Katy Perry, Portia De Rossi and Nachos Figueras, to show the Finding Dory actress support in wake of allegations against her regarding the treatment of the show’s staff and guests.

The talk show host received backlash in July after one former employee alleged in a BuzzFeed News article that they faced racism, fear and intimidation while on set. Another worker accused multiple executive producers of sexual misconduct.

Since the allegations surfaced, WarnerMedia launched an internal investigation into the series and DeGeneres issued apology letter to her staff.

“On day one of our show, I told everyone in our first meeting that The Ellen DeGeneres Show would be a place of happiness — no one would ever raise their voice, and everyone would be treated with respect,” the Love Letter actress wrote in the memo obtained by Us Weekly on Thursday, July 30. “Obviously, something changed, and I am disappointed to learn that this has not been the case. And for that, I am sorry.”

Talk Show Controversies and Feuds: The Biggest Ever

During a call with the show’s team on Monday, August 3, a source told Us that the Emmy winner “addressed” the media reports.

“They said we are handling everything [and] things will be very different now,” the insider said. “A show that brings so much happiness and fun, it should be a happy show to work on.”

Despite the scandal surrounding the set vibe, the source explained that DeGeneres “is not giving up and the show will go on.”

A second source confirmed to Us on Tuesday that the staff will be heading back into production this week.

Defends, El, friend, Hart, Kevin
You may also like: