Kylie Jenner and Travis Scott Are ‘Working on Getting Back Together’

Making up. Kylie Jenner and Travis Scott are on the road to reconciliation four months after news of their split broke.

“Everyone around Kylie and Travis is rallying for these two,” a source tells Us Weekly exclusively. “They are coparenting and hanging out more and more, working on getting back together.”

In the meantime, Scott, 27, and Jenner, 22, are focused on their 2-year-old daughter, Stormi. “Kylie and Travis coparent great together and those close to them are hopeful that they officially get back together, but Kylie and Travis are doing their thing and trying to keep their current relationship status low-key and to themselves at the moment,” a second insider reveals.

Us confirmed in October 2019 that the reality star and the rapper were taking a break on their romance after more than two years together. “Kylie and Travis have been on and off at various times throughout their relationship,” a source said at the time. “Kylie still loves Travis and this isn’t considered a full breakup to either of them.” 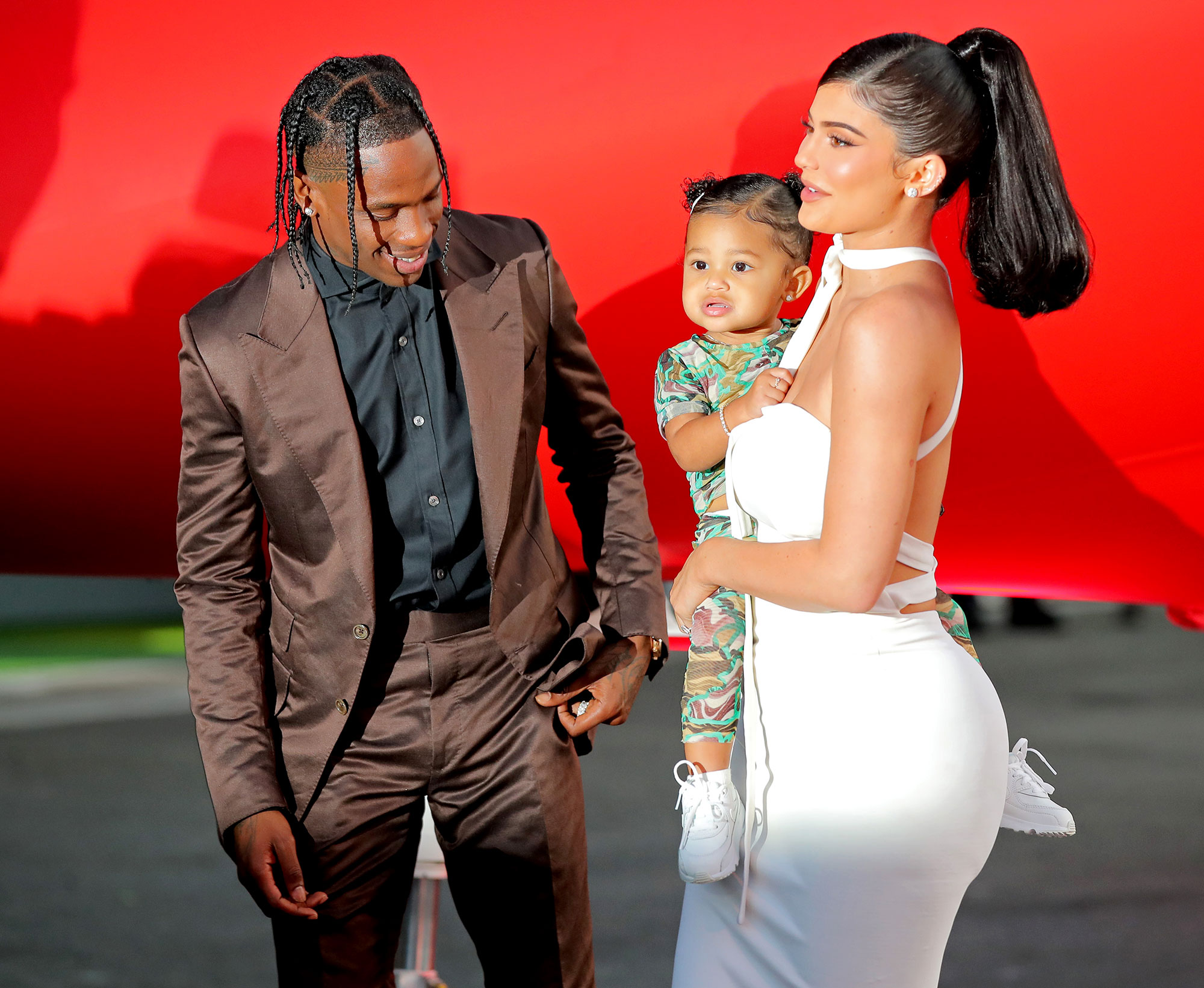 The pair remained close thanks to their commitment to raising Stormi together. They reunited to celebrate Halloween, Thanksgiving and their daughter’s birthday.

Scott proved his continued affection for Jenner in an XXL Magazine cover story published in December 2019. “I love [Stormi’s] mommy and I always will,” he gushed.

However, he hinted at the forces that threatened their romance, explaining: “The hard part about relationships is just trying to be in one without a million outside voices interfering.”

Meanwhile, Jenner raved about her “great” coparenting relationship with Scott in her March 2020 Harper’s Bazaar cover story. “We’re, like, best friends,” she shared. “We both love Stormi and want what’s best for her. We stay connected and coordinated. I think about [my parents, Kris Jenner and Caitlyn Jenner,] in situations with Stormi, what they would do. They were very hands-on with me, and I want the same for Stormi.”

Earlier this week, the Kylie Cosmetics CEO attended multiple Oscars afterparties with the Grammy nominee. The two were “together the whole night,” according to an eyewitness. A source told Us that they “looked comfortable and at ease together.”

And, Jenner, Kylie, Scott, Travis
You may also like:

Prince Charles and Camilla Share Anniversary Photo in Isolation — and Their Dogs Make a Cameo!

Sarah Hyland Now And Then: See Photos Of The Modern Family Star’s Transformation