Going strong. Liam Hemsworth and Gabriella Brooks were spotted together on Friday, August 14, as Miley Cyrus made headlines for her candid confessions about the end of her marriage to the Australian actor.

In photos obtained by JustJared, the 30-year-old Hunger Games star looked relaxed as he exited a restaurant with Brooks, 24, in Byron Bay, Australia, on Friday. While the model rocked white denim shorts and a white tank top, Hemsworth opted for a grey T-shirt and black sunglasses.

Earlier on Friday, Cyrus’ tell-all interview on the “Call Her Daddy” podcast made headlines as the 27-year-old “Midnight Sky” songstress dished new details about her romance with Hemsworth. 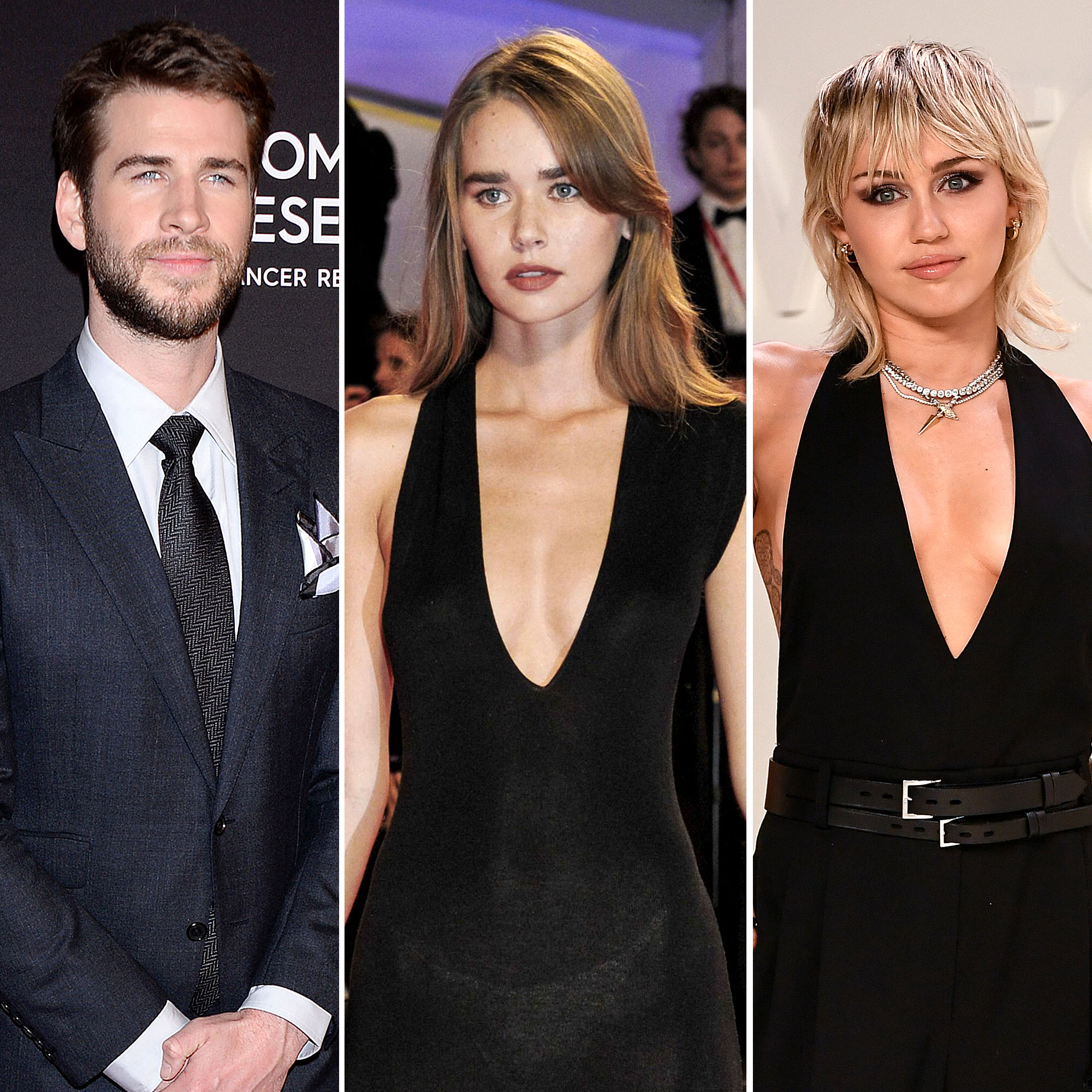 “I didn’t go all the way with a dude [until] I was 16 — it wasn’t Nick Jonas — but I ended up marrying the guy. So that’s pretty crazy,” she told host Alex Cooper, adding that she mislead Hemsworth about her experience in the bedroom because she didn’t want to “seem like a loser.”

Miley Cyrus and Liam Hemsworth: A Timeline of Their Relationship

Cyrus explained: “I made someone up who I knew, then his friend [ended up] marrying him, so I had to say, at 25, that I lied when I was 16. … It was a lie I held onto for 10 years, then I was like, no reason to dig old bones up, then it directly affected my life.”

The Hannah Montana alum and Hemsworth wed in December 2018 after dating on and off for nearly a decade. After calling it quits in August 2019, their divorce was finalized in January.

“I had a very public, very big breakup that was a 10-year span of a relationship. I tried not to get lost in the emotion,” she told Cooper. “It’s like a death. When you lose a loved one, it’s that deep. It feels like a death.”

Following her split from Hemsworth, Cyrus was linked to Kaitlynn Carter.

“There’s no handbook about how to deal with heartbreak,” she said of her decision to start seeing the Hills alum, 31, shortly after her breakup. “I feel like, as a woman, I was villainized for moving on. They made me seem like I was disloyal, which is so against my f—king character. You attack my f—king character, and my character is everything. It’s my foundation.”

After Cyrus and Carter’s romance fizzled out, she started seeing Cody Simpson in October 2019. Us Weekly confirmed on Thursday, August 13, that the twosome split after deciding they were better off as “friends.”

Hemsworth, meanwhile, has been linked to Brooks since December 2019.

“He feels more at home with Gabriella than he did with Miley and feels like he can be his complete self without any drama,” a source told Us earlier this year. “Gabriella helped Liam boost his confidence and played an encouraging role in his life after his split with Miley. They are very happy together and it’s comfortable and easy.”

dines, G, GF, Hemsworth, Liam, With
You may also like:

Michael B. Jordan to Get Wild With OnlyFans Account Dedicated to His Moustache

Helen Mirren says Shakespeare should be seen in the theatre first

Wiz Khalifa Tries To Make Peace With Cardi B After Fans Accuse Him Of Shading Her: I Don’t Want A ‘War’