Louise Redknapp, 44, appeared to be getting some moves together for her upcoming tour as she shared videos of herself dancing on Instagram.

Louise then posted a short clip of herself holding on to a black bar in the studio.

Dressed in a tight red crop top, the mother-of-three showcased her envy-inducing abs to the camera.

The singer, who split with her ex-husband Jamie Redknapp, 45, after 19 year of marriage in 2017, also treated her 634,000 followers to a stunning snap of herself in her dancing gear.

Whilst showed off her slender figure, Louise captioned the post: “Loved being back in dance rehearsals today.”

Her fans went wild for her image with one person gushing: “Looking lovely Louise hope you had a good day XX.”

Louise Redknapp, rose to fame with R&B group Eternal, which compromised of her, Easther Bennett and her older sister Vernie Bernett plus Kelle Bryan. 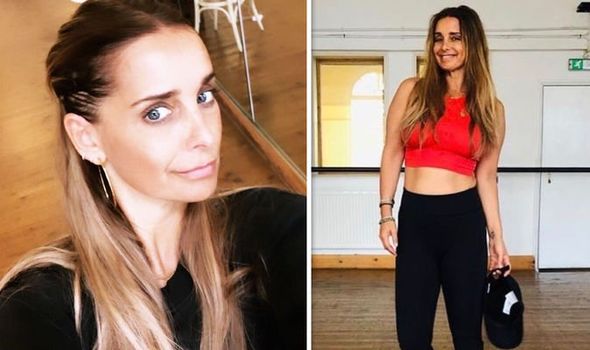 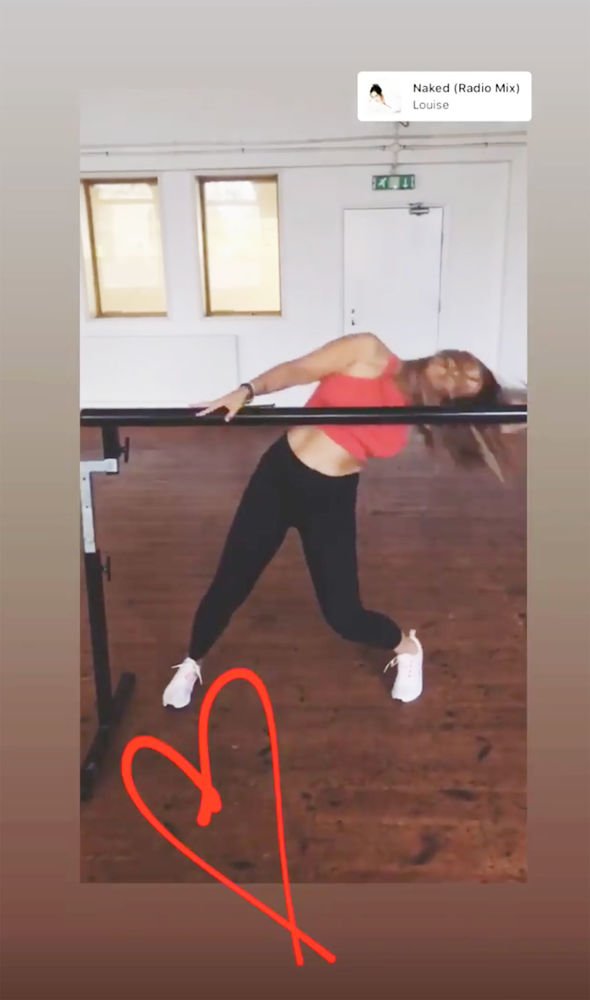 Louise left the group in 1995, but Eternal carried on to release music without her.

Now two decades later, Louise hinted she would be up for reuniting with her pals for a huge show, after she refused to join them for ITV2’s The Big Reunion in 2004.

Speaking about making a comeback with Eternal, Louise recently told The Sun: “I would never say never. If they wanted to, I definitely would.

“We had a discussion about five years ago and it didn’t work out. Timing is everything.”

The mother-of-two already has an idea of a reunion show, with a huge venue in London in mind. 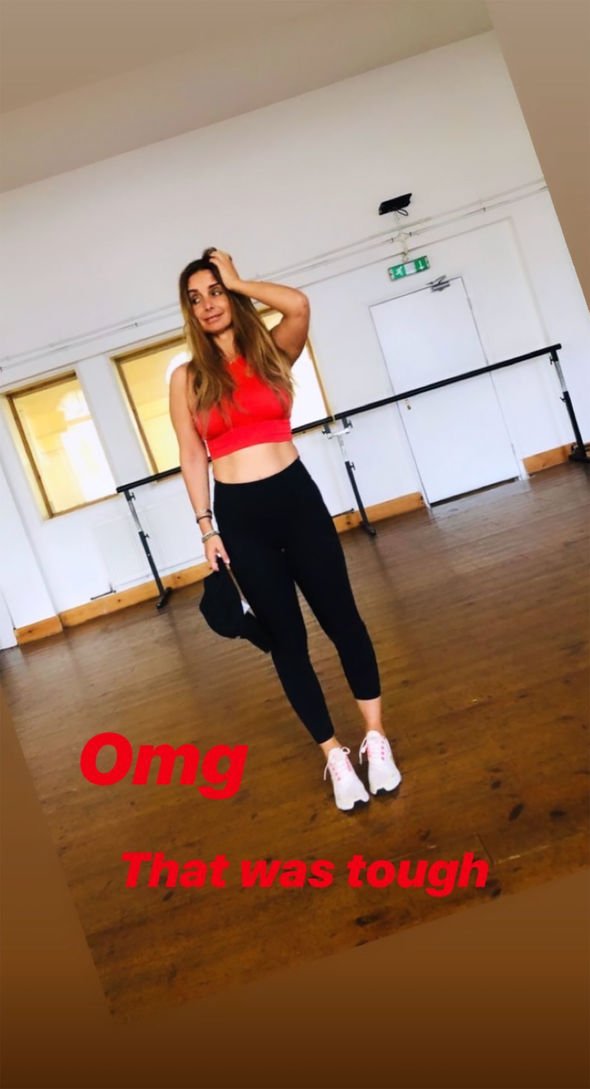 “I’d love to do a big gig at the Royal Albert Hall – a big Eternal live show,” she spilled.

“It would be lovely to sing with them again. I’m so proud of Eternal.”

She continued: “That music stands the test of time. When I listen to that Eternal album, I think, ‘This was bloody cool’.”

Louise has her own album out for release in October later this year, and has been dropping single from it.

Accompanying the album, the star will be performing around the UK next year in March.