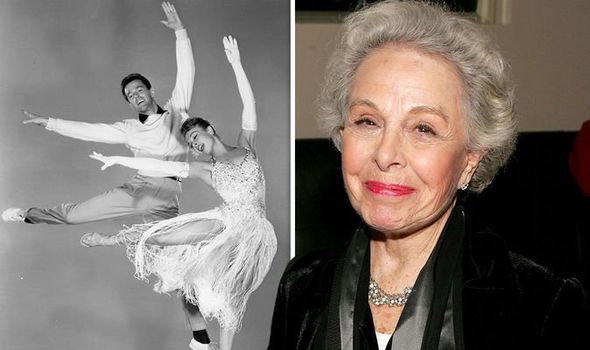 Marge Champion has died at the age of 101.

The real-life model for Disney’s Snow White died in Los Angeles yesterday, with her death being confirmed by dance teacher Pierre Dulaine.

Marge followed in the footsteps of her dad, Hollywood ballet teacher, Ernest Belcher, by embarking on a career in Tinseltown.

Her family were friends with Walt Disney, who used Marge as his muse in Snow White and the Seven Dwarfs.

Disney’s team monitored her movements in a bid to make the character more authentic.

Marge would perform for the production company two days per month for about two years when she was 14-years-old.

Alongside her work in Snow White, she also danced as dwarf Doey in the film before working as a model on other classic Disney films such as Pinocchio and Dumbo.

Marge received an Emmy Award for her work choreographing the 1975 hit film, Queen of The Stardust Ballroom.

The actress and her husband Gower Champion also performed in musicals including George Sidney’s 1951 rendition of Show Boat, alongside Howard Keel and Ava Gardner.

The couple also performed in Mr Music with Bing Crosby in 1950 and starred alongside Jack Lemmon in Three for the Show back in 1955.