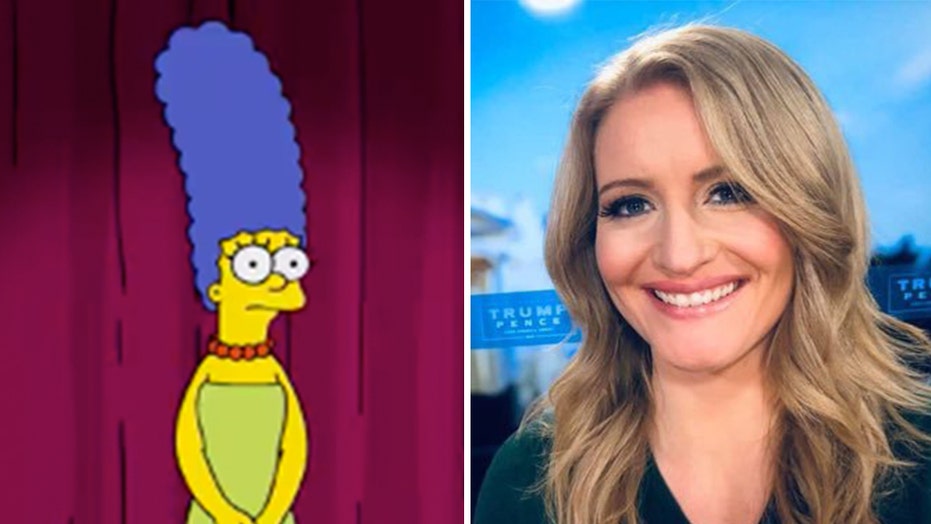 Jenna Ellis' recent joke about Kamala Harris at the expense of Marge Simpson didn't get past the famed animated TV mom.

Days after Ellis tweeted that Joe Biden's running mate has a similar voice to that of Marge, the cartoon character clapped back in a new clip shared on the "Simpsons" social media accounts.

“I usually don’t get into politics, but the president’s senior adviser, Jenna Ellis, just said Kamala Harris sounds like me,” Marge says in the clip, noting that her daughter Lisa Simpson says Trump's adviser "doesn't mean it as a compliment."

Marge, the moralistic and protective mother and wife of her boisterous kids and husband Homer, informed Ellis she was not too pleased with the dig.

“If that’s so, as an ordinary suburban housewife, I’m starting to feel a little disrespected,” Marge said. “I teach my children not to name call, Jenna.”

Marge then mumbles: "I was gonna say I'm pissed off, but I'm afraid they'd bleep it."

Ellis' jab at Marge and the Democratic vice presidential candidate ignited a Twitterstorm this week, with a majority of "Simpsons" fanatics clapping back at Trump's attorney for missing the mark. Several argued Harris had no reason to be offended considering Marge is seen as a nurturing matriarch.

'THE SIMPSONS' HAS PREDICTED THE FUTURE MANY TIMES — HERE'S THE LIST

"You mean the competent woman who always has to clean up the mess made by the lazy guy? That Marge Simpson?" one Twitter user wrote to Ellis. 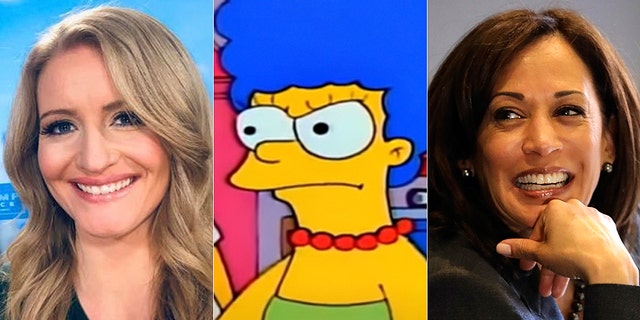 Jenna Ellis caused a frenzy on Twitter this week after joking that Kamala Harris has a similar voice to Marge Simpson.
(Twitter Disney AP)

Another said likening Harris to Simpson is "about the coolest thing you can do for her."

"Wait… what's wrong with Marge Simpson? She's thoughtful, kind, funny & she's got great hair! Plus, she's got that sexy rasp. Marge is a well rounded American woman, unlike the Trumpy female misogynists. Mean girls to the extreme," another quipped.

Ellis wasn't bothered by the backlash and even responded with another tweet decrying Harris as a veep contender.

"Marge Simpson is trending and liberals are outraged and vociferously protecting…..Marge. Probably because Kamala's terrible record speaks for itself and is indefensible. But great pick, Joe! Sorry, Marge," Ellis added.

at, back, Claps, Marge, Simpson, tr
You may also like: