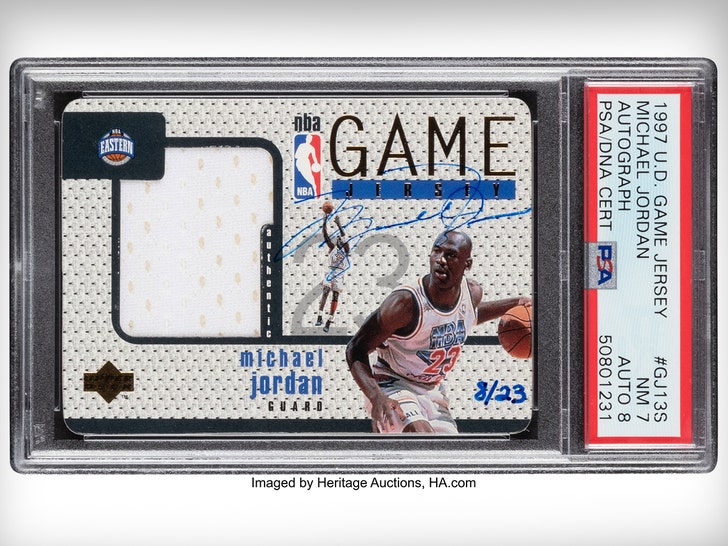 A super-rare Michael Jordan signed basketball card just sold for over $1.4 MILLION at auction … SMASHING the previous record price for an MJ card by over $500K!!

The piece is a 1997 Upper Deck Game Jersey Michael Jordan card — one of only 23 ever produced. 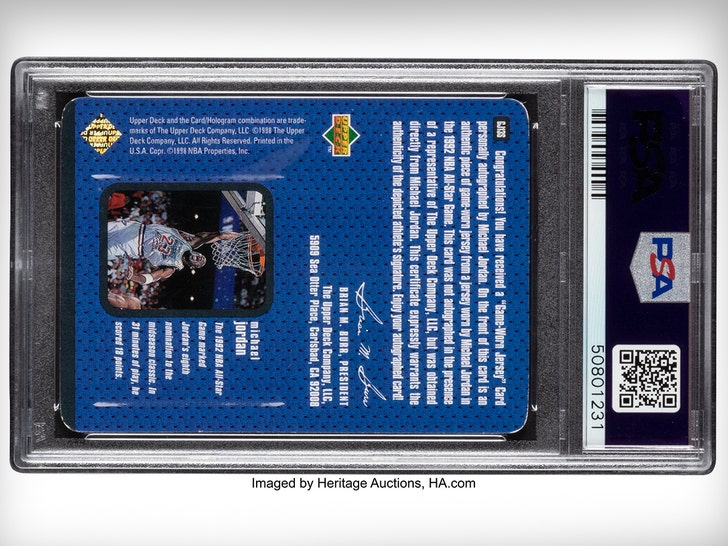 The card is numbered 8/23 — but more importantly, it features a clear signature and a piece of the actual jersey MJ wore during the legendary 1992 NBA All-Star game!

The previous record price for a Jordan card was $915K — also auctioned off by Heritage a few months back — for the green-shaded 1997 Michael Jordan Metal Universe Precious Metal Gem card.

The price is shocking … but it’s not really surprising. The value of MJ items has EXPLODED since ESPN’s series “The Last Dance” aired in 2020.

Everything from Jordan’s old Mercedes-Benz to game-worn Nikes to canceled checks (yes, really) have sold for exorbitant prices.

Heritage says the record buyer of the MJ signed jersey card wishes to remain anonymous … at least for now.

As for the 1992 All-Star game, Jordan was a starter for the Eastern Conference team  (along with Scottie Pippen, Isiah Thomas, Charles Barkley and Patrick Ewing) … scoring 18 points, and dishing out 5 assists.

The ’92 ASG was special not only because it was jam-packed with future Hall of Famers … it also marked the memorable return of Magic Johnson — who retired after the 1991-1992 season after announcing he had HIV.

bas, Jordan, Michael, rare, Signed
You may also like: