Away from the music, Oasis stars Liam and Noel Gallagher were known for their wild, rock and roll antics during their youth. The shenanigans during their partying days led Liam to wake up in bed with The Trip star Steve Coogan and to be threatened by Argentinian footballer Diego Maradona. Since the band’s split in 2009, regular rumours have surfaced that Oasis could reform. Yesterday, Liam told fans they would reunite for a performance to fundraise for the NHS – amid their coronavirus outbreak struggles. The frontman has championed COVID-19 guidelines – even releasing a video to raise awareness of the importance of hand washing. During the clip, he encouraged people to occupy themselves during hygiene practice by singing revamped versions of Oasis’ greatest hits – where lyrics were altered to refer to coronavirus. Liam’s bizarre performance echoes his past – including one unusual encounter with a famous tennis star.

Liam revealed more about his days partying with celebrities and sportsmen alike, in 2017 Noisey series ‘The British Masters’.

He explained how the Oasis brothers met US tennis ace John McEnroe after a performance in New York. 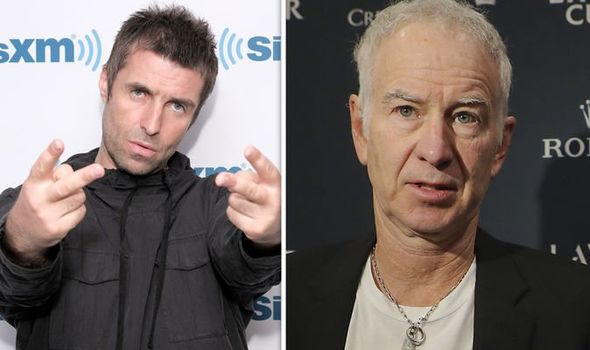 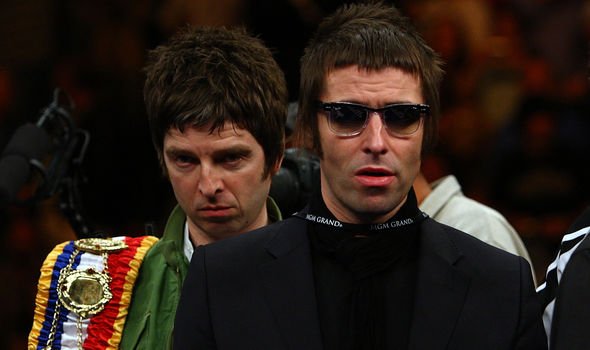 The sporting star, known for his short-fuse on the court, finished his career with a staggering 77 singles and 78 double titles in 2006.

During their encounter, John would tell Liam and Noel he was in a band and the boys encouraged him to play.

Liam mimed smoking and said they doubted whether their experience was real: “We’re going like that, F***ing smoke everywhere, going ‘This is happening?’”

Then, as Liam pretended to play guitar, he explained that John was singing: “‘You cannot be serious!’ and we’re going, ‘It’s f***ing happening!’ 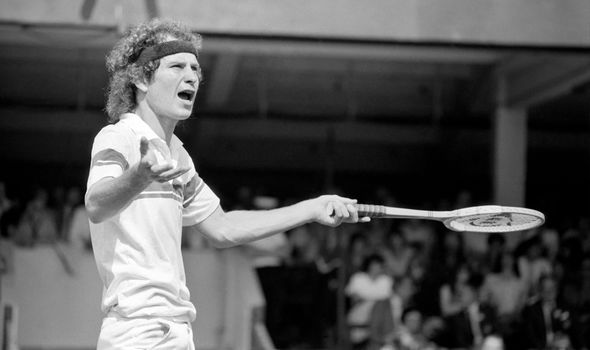 John McEnroe’s lyrics were in reference to his infamous 1981 Wimbledon outburst when he challenged the decision of umpire Edward James during a match.

The outraged tennis star – with frizzy long hair held beneath a red headband – yelled at the judge: “The chalk came up all over the floor.”

After Mr James rejected his challenge, John launched into a furious tirade of abuse: “You cannot be serious! That ball was on the line, chalk flew up!

“It was clearly in, how can you possibly call that out? How many are you going to miss?

“He’s walking over, everyone knows it’s in, this whole stadium and you call it out? Explain that to me, will you? You guys are the absolute pits of the world!” 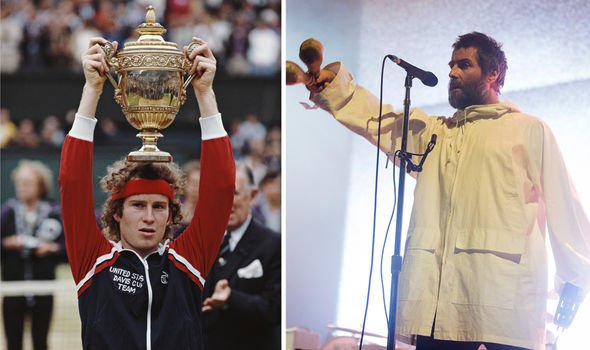 John’s angry onslaught would lead him to be dubbed a “superbrat” by the press.

He was also docked a point, fined $1,500 (£1,200) and threatened with disqualification from the tournament.

Despite this, he would go on to win Wimbledon that year after beating Bjorn Borg in the final to claim his first of three titles on UK soil.

John became so synonymous with the “You cannot be serious” outburst that he gave his 2002 autobiography that very title.

Judging the encounter with Oasis, it appears he could have tried to further capitalise on the incident but turning it into a song.

Liam stated that despite the three of them bonding that night he has not seen John since: “That’s it with all these f***ing people, I come across them once man.”