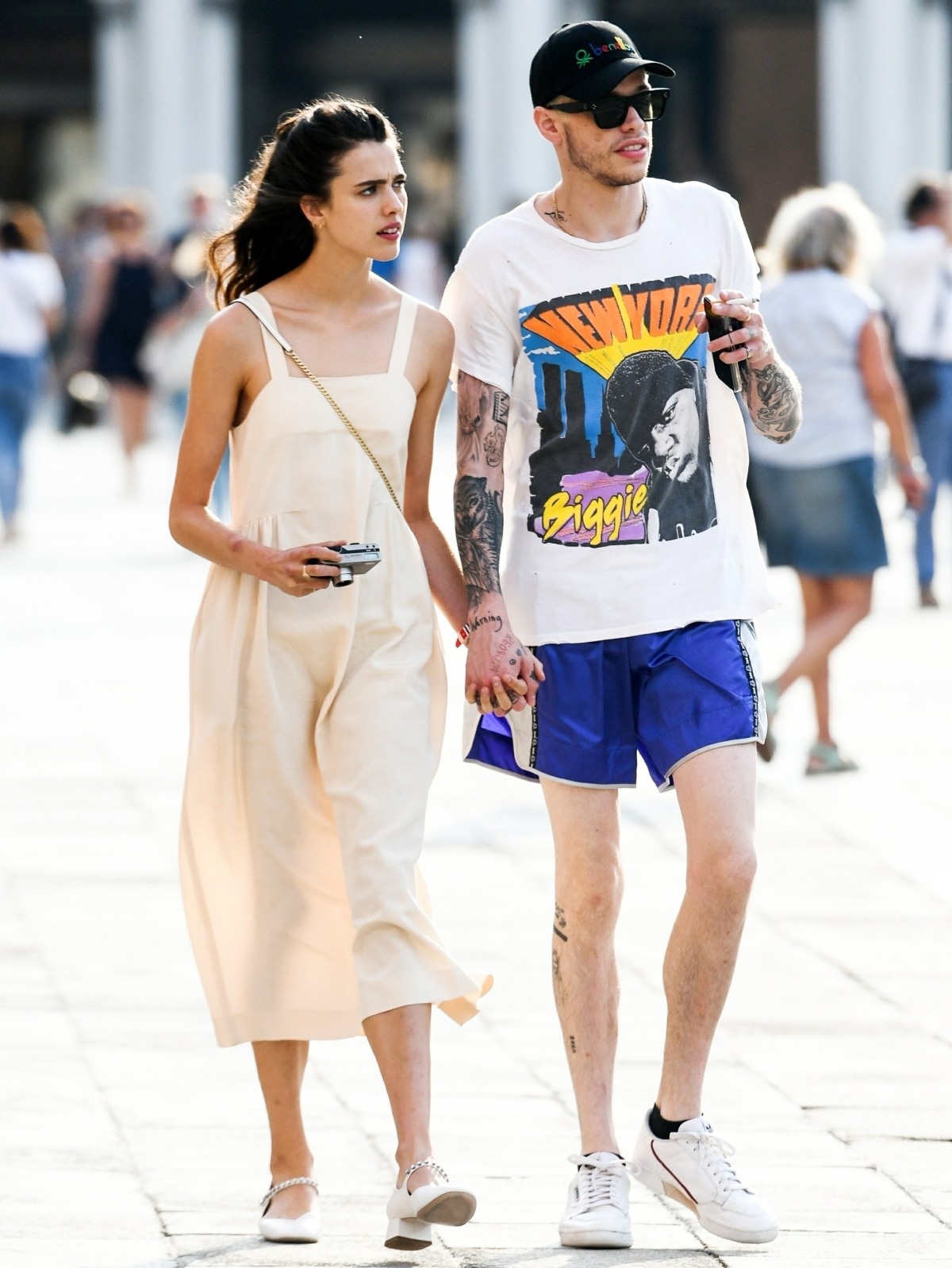 We learned last week that Pete Davidson has a new girlfriend: Margaret Qualley, daughter of Andie McDowell. Qualley is an actress in her own right, and a talented one at that – she was fantastic as Ann Reinking in Fosse/Verdon, which is the first time I’ve seen her in a substantive role. I got in trouble with commenters for disrespecting Pete and this new love affair, so I am going to try to be a tad nicer. It will be easy, because I kind of think these photos are cute.

Margaret went to the Venice Film Festival to promote her role in Seberg (with Kristen Stewart as Jean Seberg). Margaret decided to bring her boyfriend Pete as her plus-one. They didn’t walk the carpet together, although he did attend the premiere and he was seated just behind her in the theater. After Margaret’s work was over, she and Pete stayed in Venice and it looks like they were just hanging out and being tourists. They both look so young, like two college students on their first study-abroad trip, and Margaret is possibly looking up directions on her phone. Either that or she’s looking up all of the gossip-reactions to her new romance!

Anyway, I won’t say anything about how Pete’s dressed. They… look like tourists, and even more specifically, they look like American tourists. And it’s fine. That’s what they are. It’s actually kind of nice that Margaret gets to go somewhere like Venice for work and that she gets to bring her newish boyfriend to enjoy the city together. 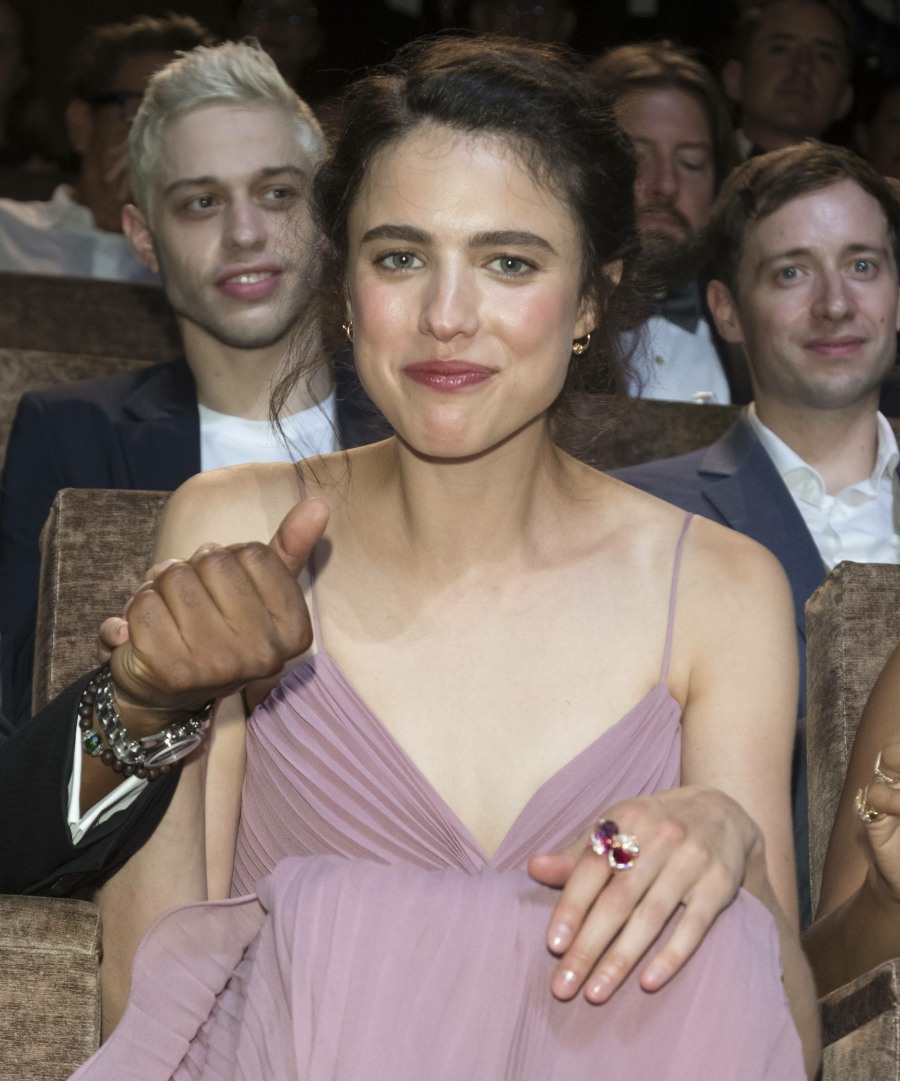 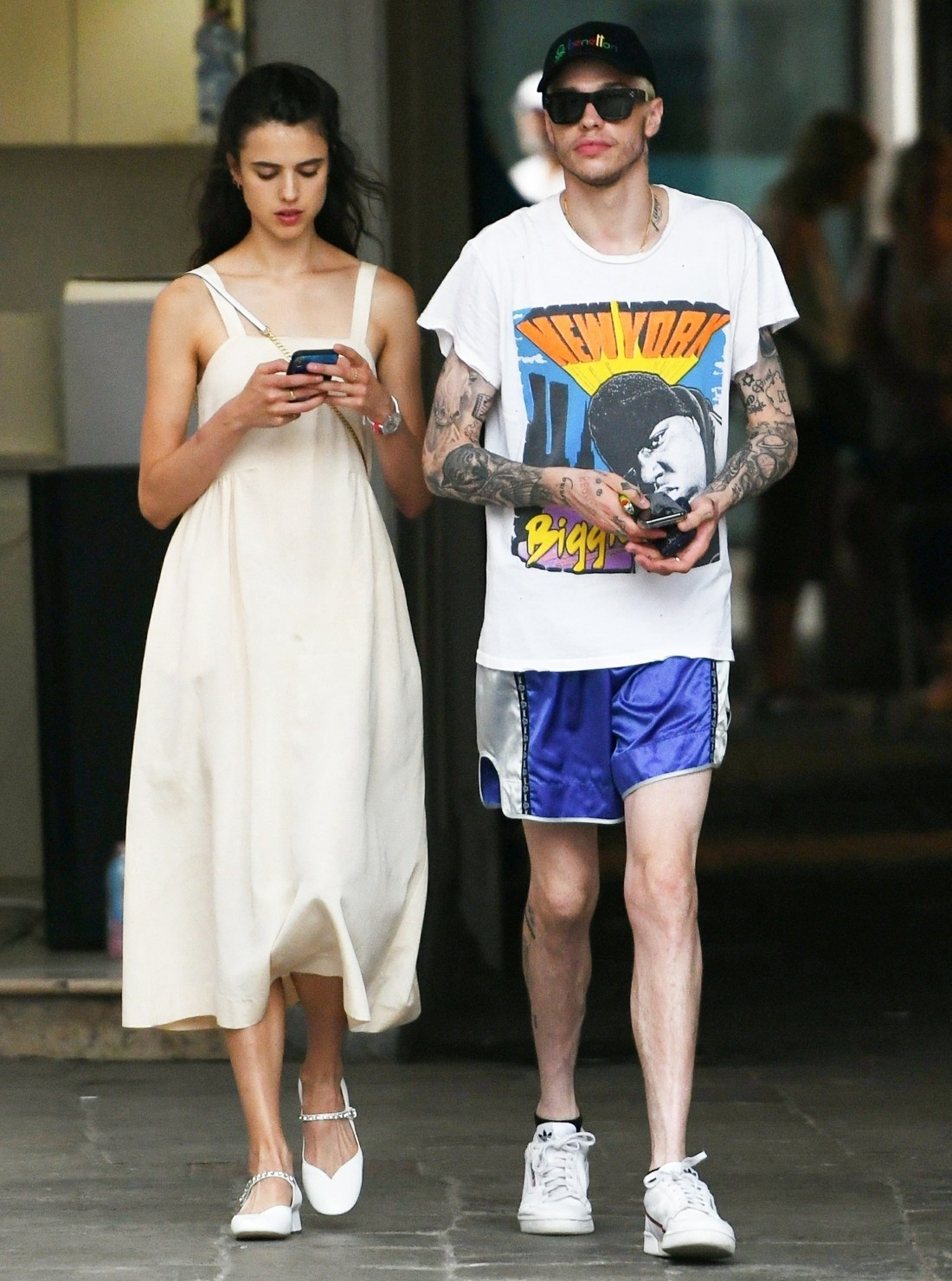