Fighting for justice. Porsha Williams was arrested after participating in a protest for Breonna Taylor, on Tuesday, July 14.

The Real Housewives of Atlanta star, 39, was taken into custody in Louisville, Kentucky, on Tuesday, after assembling outside the Kentucky Attorney General Daniel Cameron’s home with several protestors.

Courier Journal reporter Sarah Ladd reported via Twitter that 87 people were arrested and each was “charged with Intimidating a Participant in a Legal Process (Class D felony), Disorderly Conduct 2nd Degree (Class B misdemeanor), and Criminal Trespass 3rd Degree. (Violation).”

The reality star was one of many people gathered to call for justice for Taylor, who was fatally shot in her apartment earlier this year by police on a no-knock warrant at the wrong address. She was 26. 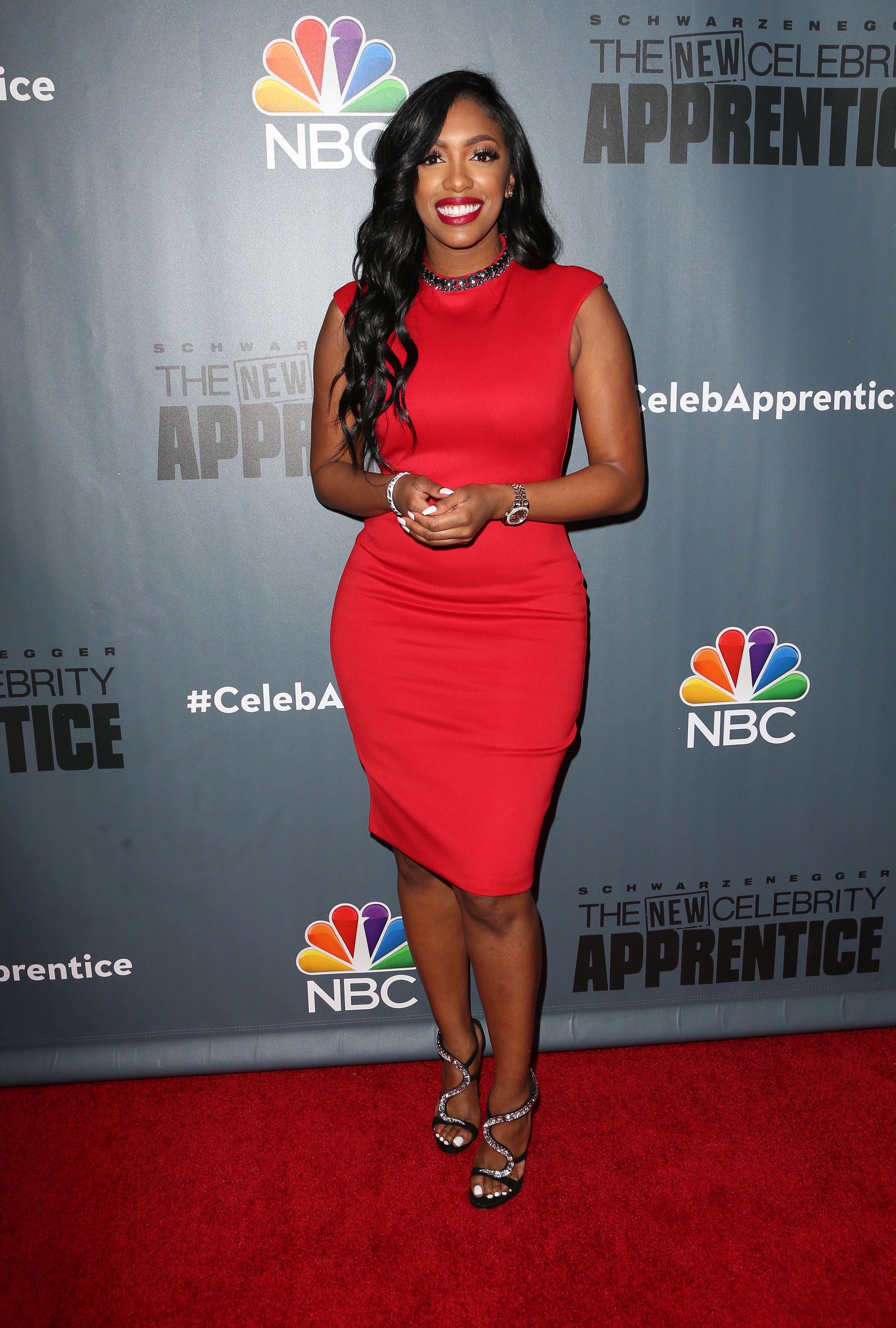 The Georgia native’s fiancé, Dennis McKinley, shared a video of Williams being escorted away from the peaceful demonstration on Tuesday.

He revealed in his Instagram caption that Williams, rapper Trae tha Truth, Yandy Smith and Women’s March co-organizer Tamika D. Mallory, were among those arrested at the event.

‘Real Housewives’ Mugshots: See Which Stars Have Been Arrested

Williams’ sister, Lauren Williams, shared a clip on her Instagram account of the Bravo personality being taken away in handcuffs by a police officer.

“She has always been fearless,” Lauren wrote. “You mess with her people, you mess with her. She takes the case of #breonnataylor personally and she’s sacrificing work, time with her loved ones, and her comfort to make sure the offenders are held accountable for their actions. This is her passion, this is her purpose. God please protect them.”

Hours earlier, Porsha told her fans that she would be joining the fight to get the police who shot Taylor put in jail by protesting.

“We’re in Louisville and our bottom line is there MUST be JUSTICE for #BREONNATAYLOR,” she wrote via Instagram.

“WE AINT HERE TRYING TO BE CUTE WE IN KENTUCKY TO MAKE SURE YALL KNOW BREONNA TAYLOR’s LIFE MATTERED,” she wrote via Instagram, alongside a snap with Mallory and Williams. “@tamikadmallory @porsha4real and I won’t stop until they arrest the officers that killed BREONNA TAYLOR. @untilfreedom MADE THE CALL AND WE FOLLOWED✊🏾✊🏾✊🏾✊🏾✊🏾✊🏾✊🏾.”

The Dish Nation star previously marched in protest of George Floyd’s death and the Black Lives Matter movement earlier this year in Atlanta.

Arrested, at, Br, Porsha, Williams
You may also like:

Christina Aguilera Says to ‘Stay Tuned’ in a Teaser Post!

Brandi Glanville: Here is PROOF I Boned Denise Richards! I Sucked on Her Tiddies!