Prince Charles has spoken out about the arrival of Prince Harry and Meghan Markle’s baby girl.

The Prince of Wales received a tour of the BMW Mini factory in Oxford, U.K. on Tuesday, where he addressed the birth of his fifth grandchild, Lilibet Diana, while making a speech about the development of battery-powered vehicles.

“The development of technology like electric vehicles…is vital for maintaining the health of our world for future generations, something I am only too aware of today, having recently become a grandfather for the fifth time,” Charles, 72, announced to the crowd (via a tweet shared by ITV royal editor Chris Ship).

According to Ship, Harry’s father added: “Such happy news really does remind one of the necessity of continued innovation in this area – especially around sustainable battery technology – in view of the legacy we bequeath to our grandchildren.”

The Duke and Duchess of Sussex welcomed a baby girl on Friday.
(AP)

Charles’ comment comes amid intense family drama between him and his youngest son Harry in recent months. Just two months after the Duke of Sussex confirmed his strained relationship with his dad in a televised interview with Oprah Winfrey in March, the 36-year-old revealed more about his upbringing and the way his father failed as a parent in his new mental health-focused docuseries, “The Me You Can’t See.”

Amid the media scrutiny and being “chased” by the paparazzi as a child, Harry in the series casts blame at the Prince of Wales for doing little to protect him and his brother, Prince William.

The Duke and Duchess of Sussex welcomed their second child on Friday.

The baby was born weighing in at 7 lbs., 11 oz. and both mother and child are healthy and settling in at home, the spokesperson said in a statement.

The Sussexes thanked their supporters for their kindness as they announced the newest addition to their family.

“On June 4th, we were blessed with the arrival of our daughter, Lili. She is more than we could have ever imagined, and we remain grateful for the love and prayers we’ve felt from across the globe,” the Duke and Duchess of Sussex said in a written statement. “Thank you for your continued kindness and support during this very special time for our family.” 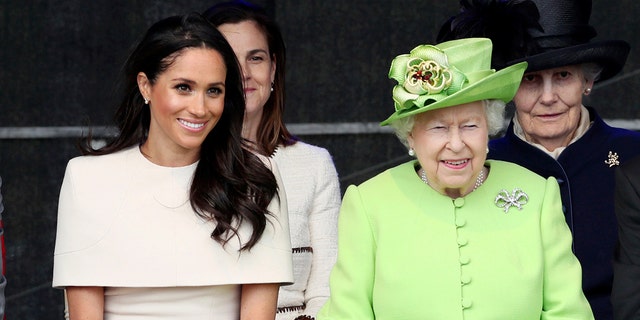 Lilibet is the couple’s second child. Their first, Archie, is now 2 years old.

The baby is the eighth in line to the British throne.

No photos of the newborn or the Sussexes accompanied the announcement.

Fox News’ Stephanie Nolasco and The Associated Press contributed to this report.