Ranvir Singh, 43, became a popular presenter on ITV through appearances on ‘Loose Women’ and ‘Good Morning Britain’ – taking a lead role during Piers Morgan and Susanna Reid’s summer breaks. The TV star hit the headlines this week, after she announced she had split-up with her husband due to “something that needed addressing”. Despite the disclosure, she refused to discuss her private life further in a bid to protect her son Tushaan. Singh is set to make her debut on the BBC’s ‘Strictly Come Dancing’ in just over a month’s time but confessed that contestants are yet to start training. This may not be the only problem to beset the star who revealed a health struggle that she has had to contend with for 35 years.

Singh was eight years old when her mother first noticed bald patches beneath her “really lovely, thick, dark locks”, which flowed down to her hips.

It was the start of her lengthy battle with alopecia – which the star believed was spurred-on by the stress of her father suffering a heart attack and then dying a year later from a second.

Her “world was completely ripped apart” after he passed and while doctors prescribed shampoo to “irritate the hair follicles” to try to encourage growth it didn’t work.

Singh tried “gigantic horrible tablets” from a herbalist, light therapy treatment and not washing her hair until it became “really greasy” in an attempt to combat the problem.

At school, children bullied her with nicknames like “four finger head” because of her receding hairline and compared her to “boffins with really big foreheads” on a TV advert.

In her teenage years the patch was “about the size of a £1 coin” on the crown of her head and at university she used to cover it with a long fringe.

She hid the spot beneath a “bob” hairstyle “out of need” rather than for fashion, and later tried a hair powder, which she compared to spray paint, to fill in her hairless gaps. 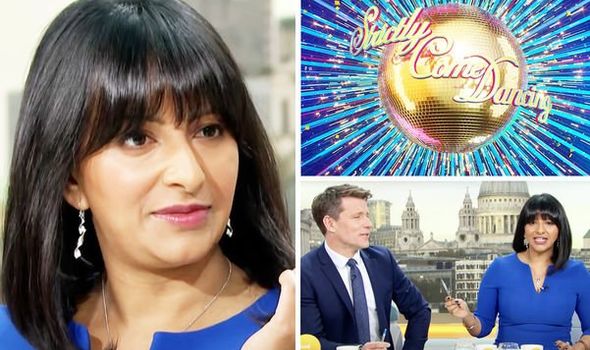 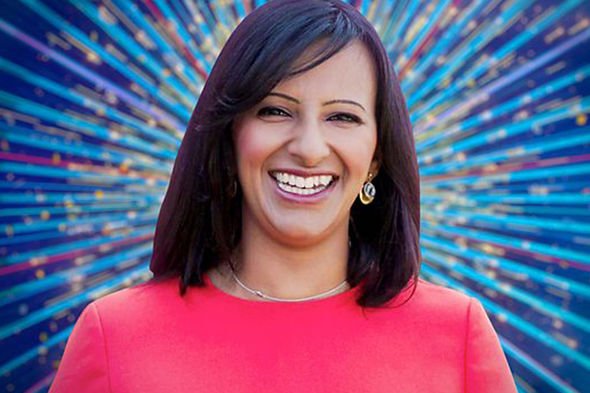 Singh admitted in a 2015 Mirror Online article that she did “try and bulk-buy” the product because of her “constant fear” that it would be discontinued.

She said: “When I get my hair done before going on-air the hairstylists have it there for me. I won’t go on TV without it. I won’t even leave the house without it.”

By this point she was on ‘DayBreak’ and her hair thinned even more after she had son Tushaan, now eight, which led her to wearing extensions.

Singh added: “They are expensive, and if I wasn’t on the telly I wouldn’t have them done – but it’s part of my job to look presentable.

“The three bald patches I’ve had since I was a child haven’t grown back but they haven’t got worse, which I’m very pleased and relieved about.”

She described the fears about how her hair looks as being similar to a “nervous tic”, which manifests with her “constantly” running her hand through her hair to check it. 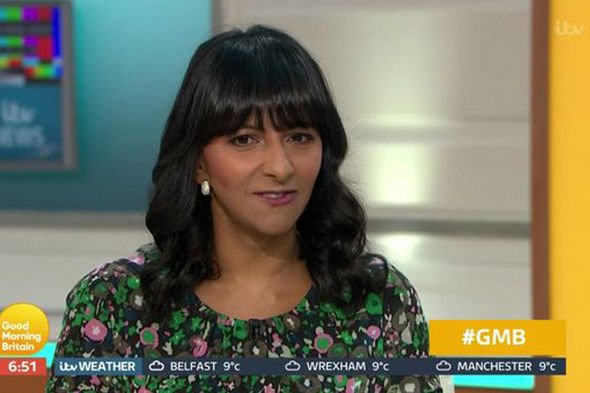 Singh added: “But I’ve learnt to manage it now, especially as I’ve got through those horrible teenage years.

“It’s ironic but now the thing people talk about most is my hair – people always go on about how shiny my hair looks on telly!”

Alopecia Areata is an autoimmune skin disease that causes the immune system to attack the hair follicles – which prevents them from growing.

Bald patches typically appear around the size of a coin and can affect any part of the body where there is hair.

Some forms can develop into more severe cases, such as Alopecia Totalis, which causes the total loss of scalp hair.

While there is no cure for Alopecia Areata, there are a number of treatments and options available for those with the condition.