Reese Witherspoon is one of the most iconic actresses in Hollywood today. She became well-known in the 1990s after starring in movies like Cruel Intentions (1999), Legally Blonde (2001), and Sweet Home Alabama (2002). Today, Witherspoon is also a star on the small-screen, and fans can see her on shows like Big Little Lies, The Morning Show, and Little Fires Everywhere.

Aside from being an actress, Witherspoon is a mother as well. There are a lot of rewarding experiences one can get as a parent, and for Witherspoon, one of those experiences involve her children being proud of her. Read on below to find out why Witherspoon’s kids, especially her older kids, are proud of her work. 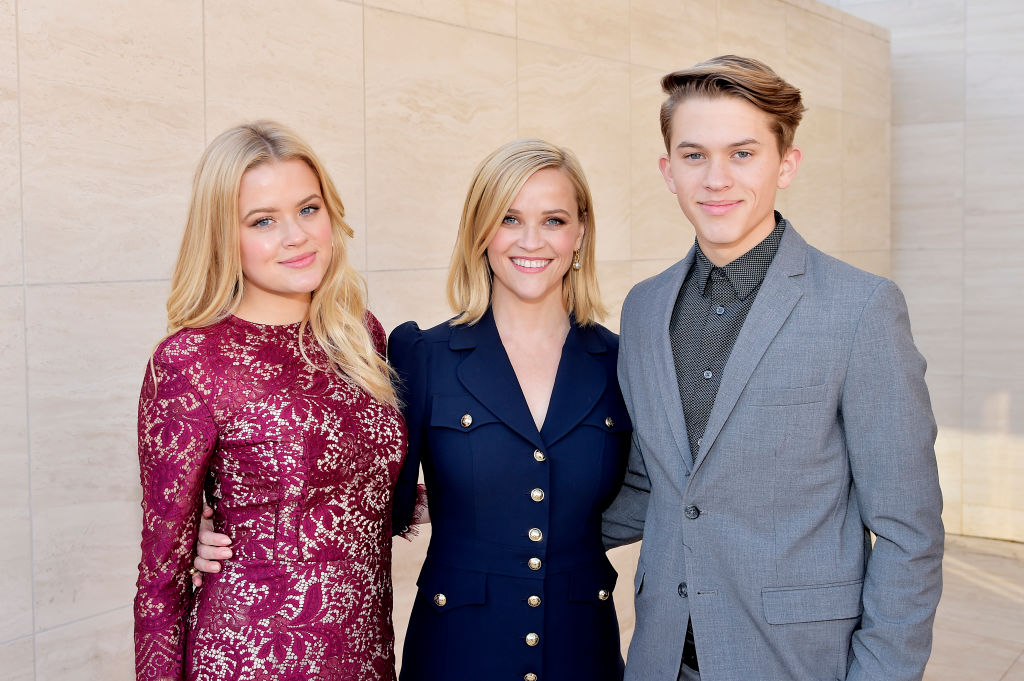 Ava and Deacon were both born while Witherspoon was married to actor Ryan Phillippe. Witherspoon and Philippe’s marriage lasted from 1999 to 2006. Although they are now divorced, they still try to maintain a good relationship to co-parent their two children together.

Witherspoon’s second (and current) marriage is to Jim Toth, a talent agent at Creative Artists Agency. They got married in 2011 and had their son, Tennessee, a year later.

Earlier this morning, I got to share some news for @reesesbookclub on Instagram Live!!!! It's an absolute joy to announce @GlennonDoyle's #Untamed as my April book pick. This memoir is so packed with incredible insight about what it means to be a woman today , what did we learn as young girls about how to behave or believe, and why we need to free ourselves from a lot of these ideas that don’t work anymore. (Hot tip: Being “selfless” is not the highest goal a woman can achieve!!) This book spoke to me so loudly and clearly…I swear I highlighted something in EVERY chapter. Thank you @glennondoyle for sharing your heart and soul with us! I can’t wait to hear all of YOUR thoughts about this book pick over on @ReesesBookClub. Happy reading, everybody! ?

Many parents have goals to help make the world a better place for their children. On Witherspoon’s part, she does this by trying to change the entertainment industry and promote more women-centric stories.

Although women make up about 50 percent of the population in the United States, they have consistently made up around 30 percent of major characters in films and movies. Hollywood has also historically been known to depict female characters in one-dimensional ways that do not speak to female viewers.

In 2012, Witherspoon founded a production company called Hello Sunshine, which aims to turn books by female authors into shows and movies. Hello Sunshine has been the force behind hit movies like Wild (2014) and Gone Girl (2014). The company also produces shows like Big Little Lies, The Morning Show, and Little Fires Everywhere.

For Witherspoon, it is important to give women more chances in Hollywood. In an interview with Glamour, Witherspoon lamented about the fact that female filmmakers do not get as many opportunities as male ones do.

“When any movie with a group of women starring in it doesn’t make heaps of money, the studio takeaway is that those types of films ‘aren’t working.’ But the truth is not every movie works,” Witherspoon said. “If the director is a woman, she gets personally penalized too. It is definitely easier for a male director with a few flops under his belt to get another job directing; that’s not the case for women. Shouldn’t female filmmakers get as many shots as men do?”

Reese Witherspoon’s older kids are proud of her work

Witherspoon’s two oldest kids, Ava and Deacon, are now old enough to understand a lot about the complicated society that we live in. As such, they are able to better appreciate the work that Witherspoon puts into her production company.

“They will pull me aside and say, ‘I’m really proud of you, Mom,’” Witherspoon said to Glamour. “It means a lot to me to have two kids who support my ambition to change perceptions of women.”

More recently, she also shared that her kids have a huge influence on her life as well. She told the Daily Mail: “It made me a better person. I became less of an a**hole, honestly.”