Rita Ora flaunts the results of a £450 anti-cellulite procedure

She always looks sensational whenever she’s on the red carpet or soaking up the sun in a bikini.

And Rita Ora has managed to maintain her svelte physique with regular trips to celeb skincare expert Shane Cooper.

The Girls singer, 29, often treats herself to a £450 anti-cellulite procedure which sees electromagnetic waves aimed at her pins through a laser machine, reports The Sun. 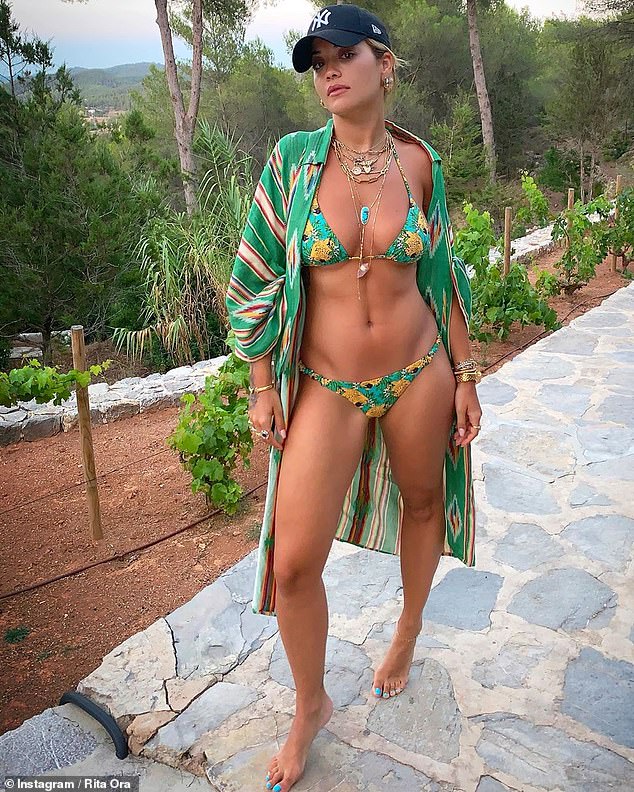 Shane, who also treats TV presenters Maya Jama and Laura Whitmore, said: ‘It’s the only treatment that addresses both muscle and fat with such an intense workout.’

Rita has appeared on Shane’s social media pages several times, with her saying her ‘skins never felt so radiant and hydrated’ after one visit to the clinic.

While snaps uploaded to the skincare guru’s Facebook page show Rita beaming at the camera as she relaxes while having the treatment on her legs.

And the results of the procedure were clear to see as the singer flaunted her toned legs in a selection of bikini snaps from her recent trips to Italy and Corfu. 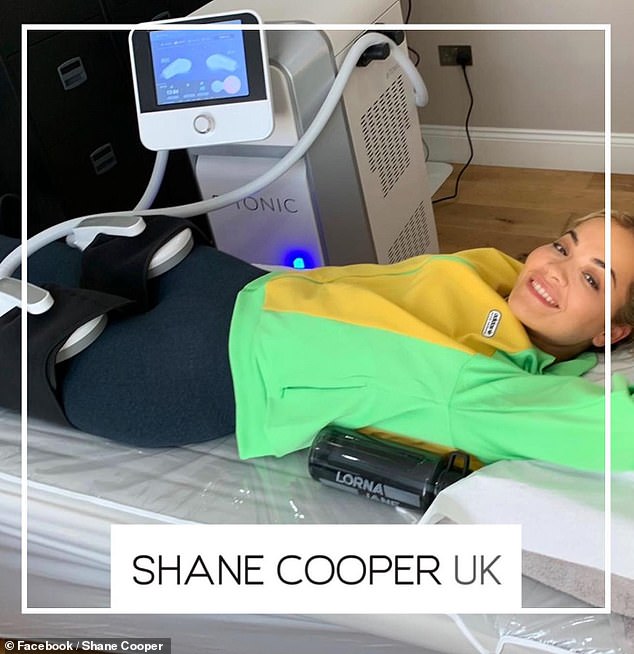 Relaxing: The procedure sees electromagnetic waves aimed at Rita’s pins through a laser machine (pictured during one visit to the London clinic) 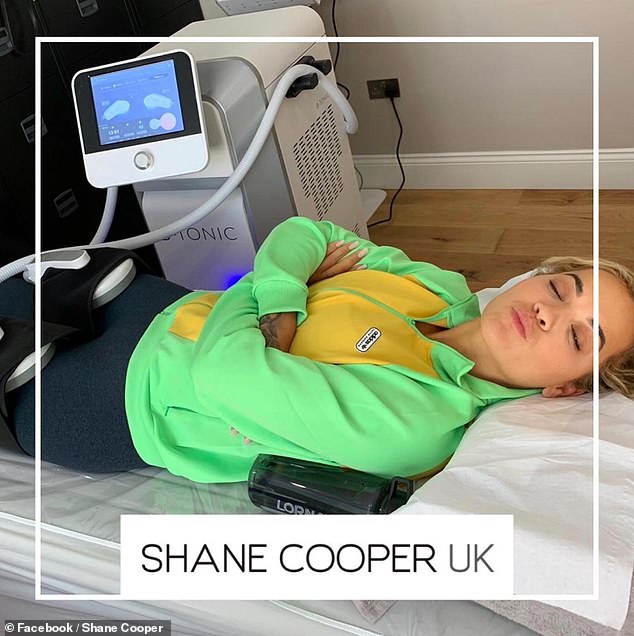 Enjoying herself: Rita appeared to be in good spirits as she underwent one procedure in snaps shared to Shane’s Facebook page

During the sun-soaked breaks Rita posed up a storm in her swimwear, showing off her enviable physique for the camera.

In one snap shared on August 9 she exuded confidence in a green and yellow patterned bikini which she paired with a striped coverup and black baseball cap.

Rita’s pins were on full display for the picture with her placing one foot in front of the other to best show off the results of her £450 anti-cellulite procedure.

It comes as it was revealed that ITV bosses were keen to get Rita’s older sister Elena, 31, to appear on the next season of Love Island, reports The Mirror. 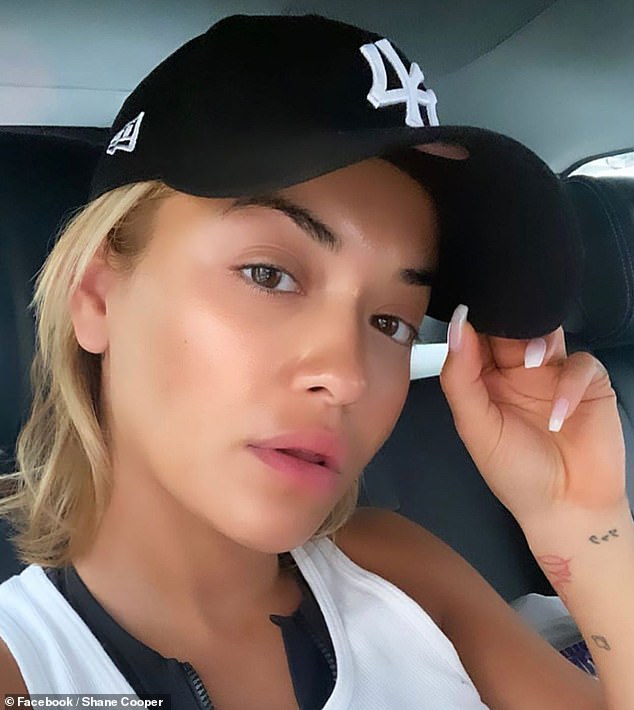 Glowing: The beauty also praised Shane’s other treatments saying her ‘skins never felt so radiant and hydrated’ after one visit to the clinic

However they might be out of luck as Elena already runs a busy schedule as Rita’s manager.

She was only 19 and still studying at university when she started representing Rita and the sisters have gone on to achieve impressive success.

Speaking about working with her sister, Elena explained how it’s more than a normal job and she wants to ‘leave a legacy’ with Rita. 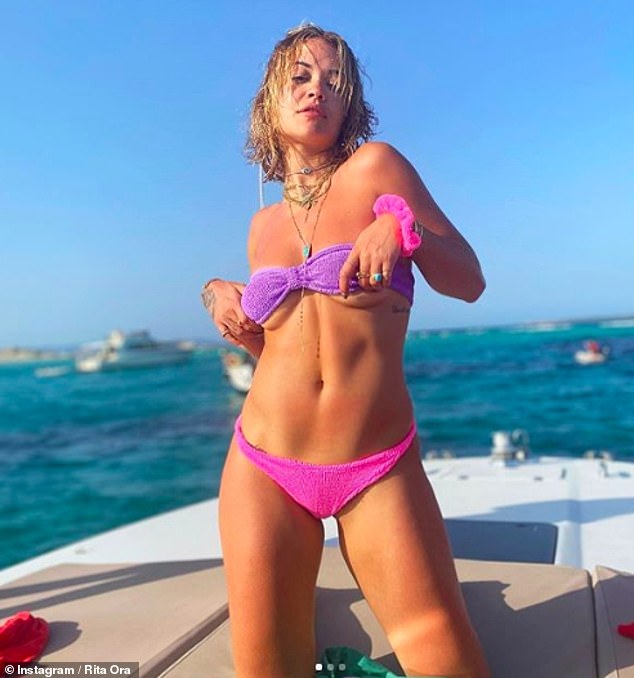 Work it: Rita looked sensational as she posed up a storm in slinky swimwear during her recent trips to Italy and Corfu 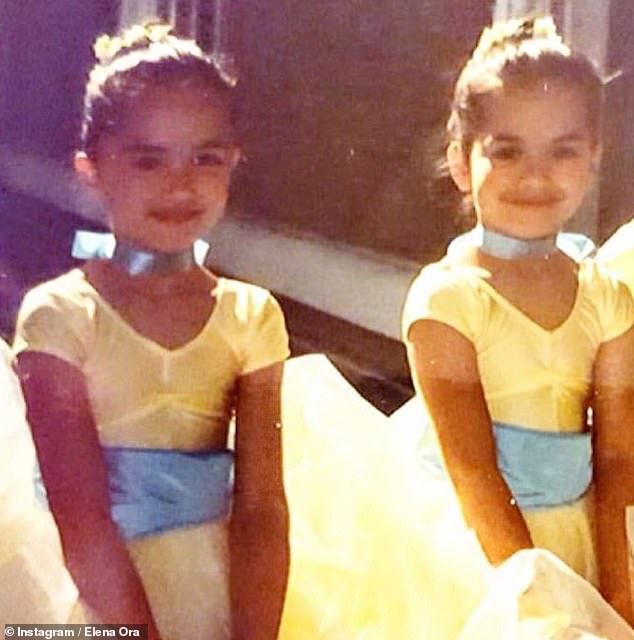 Throwback! Rita’s sister Elena Ora (pictured together as children) is said to have caught the eye of ITV bosses as a potential contestant for Love Island

She told The Mirror: ‘It’s harder as it’s not just a job… This is my life, passion and work and the legacy we want to leave together.’

Elena added: ‘We have achieved a lot of groundbreaking things in our­ ­journey so far – some of which have been ‘firsts’ for a UK female artist.

‘For example, Rita being the first to launch a ­collaboration with adidas at the same time as topping the UK album and singles charts simultaneously.’ 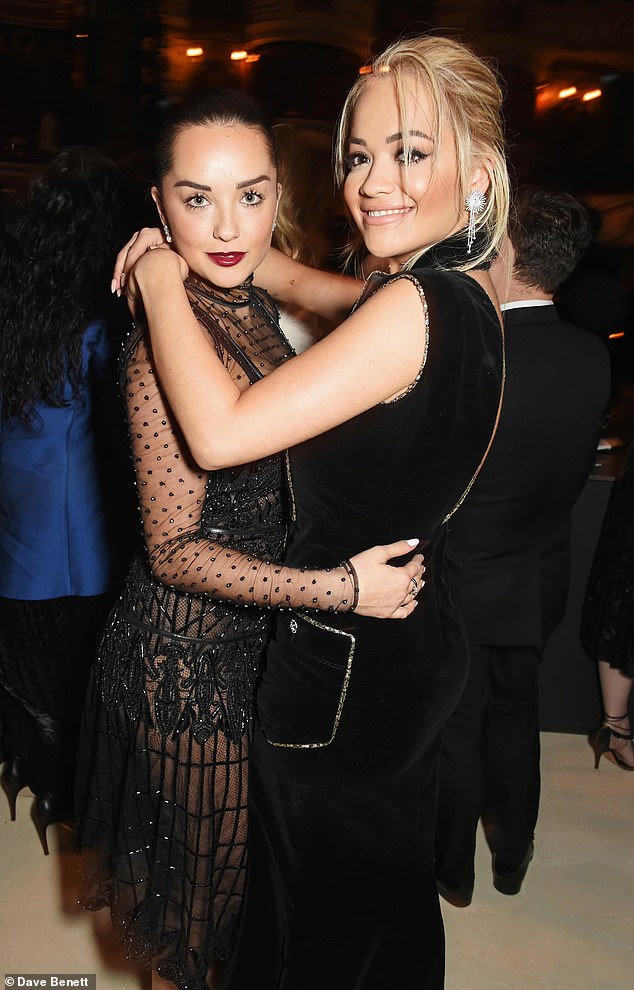 Sister sister: Elena has been Rita’s manager since she was only 19 and the pair have gone on to get success

Elena also revealed that she was ‘very proud ‘of Rita’s Oscars 2015 performance which came after her role as Mia Grey in the Fifty Shades Of Grey film.

The sisters grew up in Kosovo but moved to the UK when they were still children and have remained close throughout adulthood.

They’re also close to their  Albanian father Besnick and mother Vera, as well as their little brother Don, who often appear on their Instagram pages in throwback snaps. 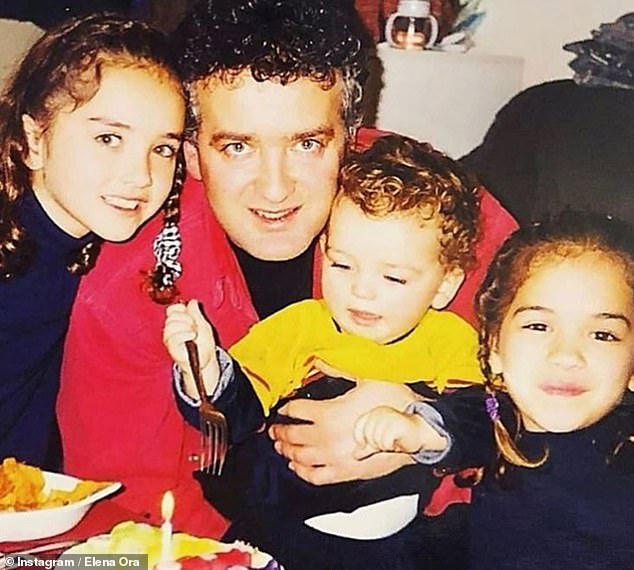 Family: The sisters also have a brother called Don and are close to their mother Vera and father Besnick (pictured the three children with their dad in a throwback snap)

flaunts, O, Ora, results, Rita, the
You may also like: