Tom Hanks and Rita Wilson have maintained an upbeat and positive attitude since going into quarantine in Australia following their cornonavirus diagnosis earlier this week.

And now, in a move to stave off cabin fever and have some social interaction, Wilson took to social media to ask her followers to help her use the power of music to pass the time while they recover in isolation.

‘Hi guys!I want to make a @Spotify playlist for people self quarantining,’ the actress and singer, 63, tweeted out on Friday. 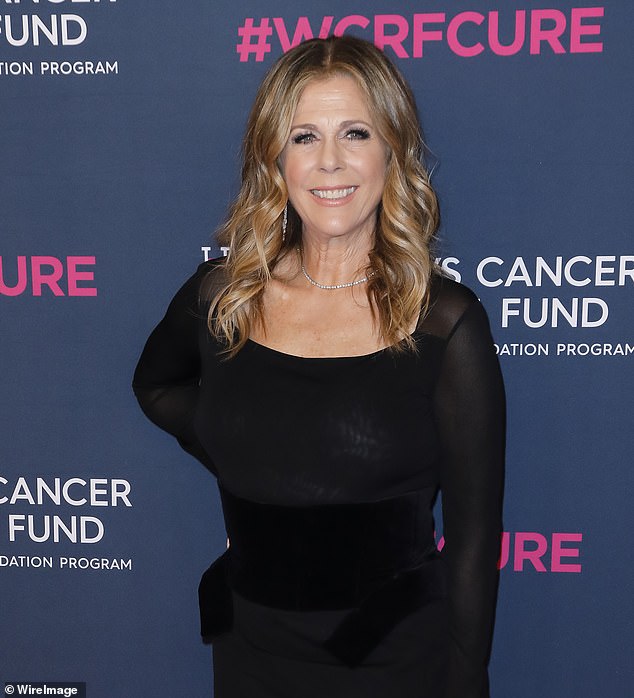 The It’s Complicated star then got more detailed and asked that song suggestions should be specific to people who are facing quarantine.

‘Something that might relate to isolation, perhaps?’ she wrote.

‘Can you send some song ideas that I can add?Also, what should we call it?Quarantine Choruses? This is what one does in quarantine.Uthink of stuff like this.’ 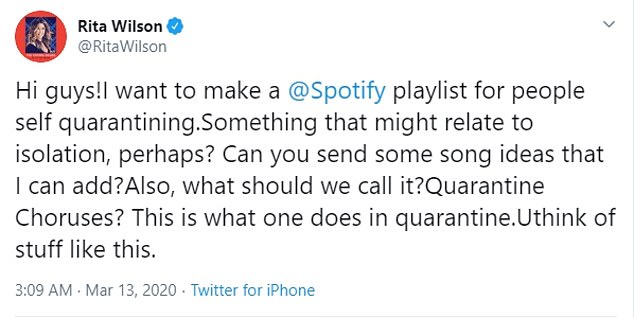 Keeping upbeat: The singer and actress, 63, asked that songs should be specific to people who are facing quarantine in the title or lyrics Hunkered down: Wilson and husband Tom Hanks announced they both tested positive for coronavirus earlier this week and that they were now in self quarantine 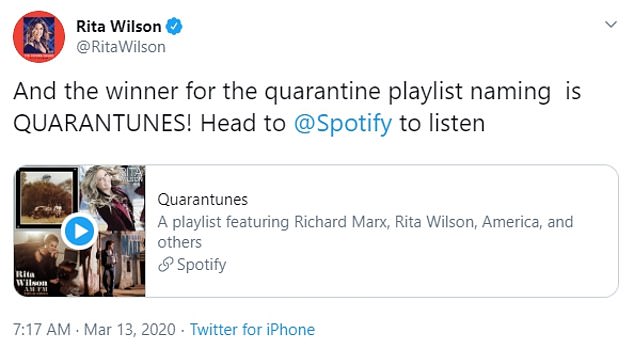 And the winner is…: It took about four hours for Wilson to tally all the song ideas and post her her finished playlist on Twitter that was dubbed, Quarantunes

It took about four hours for Wilson to tally all the song ideas and post her finished playlist on Twitter.

‘And the winner for the quarantine playlist naming is QUARANTUNES! Head to @Spotify to listen,’ she announced.

In all, the playlist contains 28 songs with titles or lyrics that meet her quarantine-theme that begins with Richard Marx’s Right Here Waiting, and a couple of her own songs: Grateful and Leaving On A Jet Plane.

Some other spot-on Quarantunes include Billy Idol’s Dancing With Myself, The Bee Gees’ Night Fever, MC Hammer’s You Can’t Touch This, Queen’s I Want To Break Free and Akon’s Locked Up.

The finished playlist: In all Wilson compiled 28 songs for her Quarantunes playlist 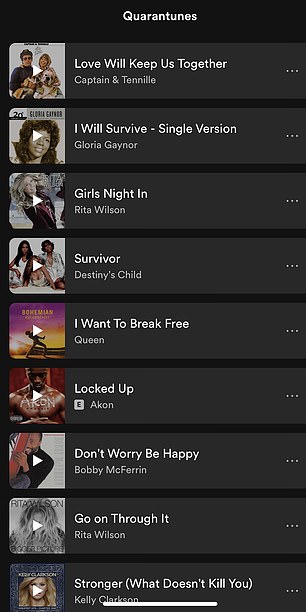 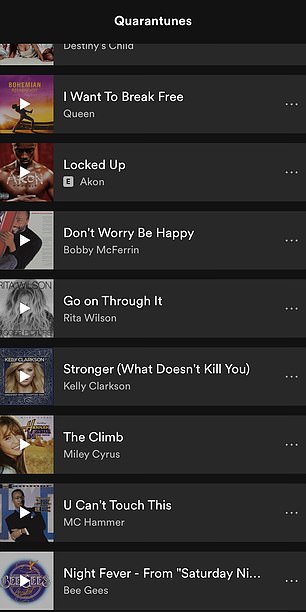 A few hours before getting her idea for the Quarantunes playlist, Wilson showed she still has a sense of humor, despite that she and Hanks are among the more famous people to contract COVID-19, or otherwise known as coronavirus.

‘From here on out, the only Corona I want is from Mexico and you drink it,’ she said in a reference to the popular beer that’s produced in Mexico.

Wilson and Hanks first announced their positive diagnosis on Wednesday, which included offering the symptoms that led to them being tested.

Keeping it light: A few hours before getting her idea for the Quarantunes playlist, Wilson showed she still has a sense of humor by making a Corona been reference

‘We felt a bit tired, like we had colds, and some body aches. Rita had some chills that came and went. Slight fevers too,’ Hanks, 63, shared in a social media post.

He then laid out the protocols being taken to avoid them from spreading the virus.

Since then they have been sharing updates on their health, as well as the activities they’ve been doing to get through this tough time.

The couple have been married since 1988, and share two sons together, Chester and Truman. Hanks also has a son and daughter, Colin and Elizabeth, from his first marriage to Samantha Lewes. 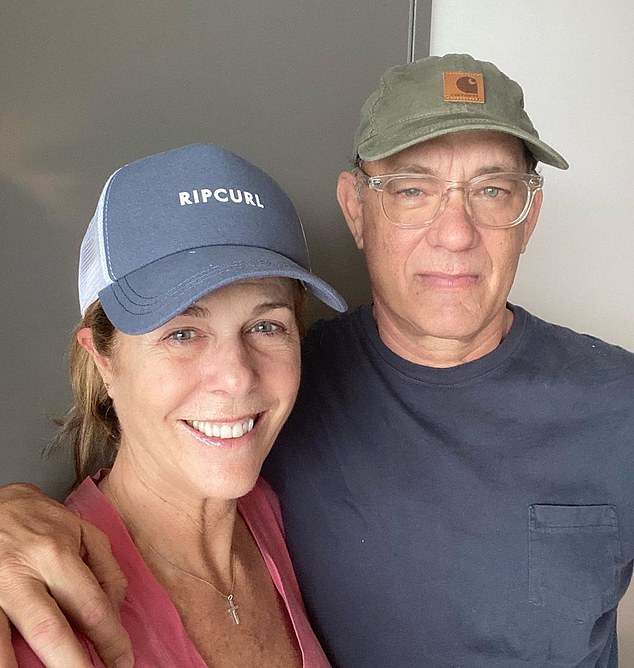 Longtime team: Wilson and Hanks have been married since 1988; they are pictured in Australia after announcing their coronavirus diagnosis