Penny Lancaster and Sir Rod Stewart have been married since 2007 and they’re currently holed up in Florida during the coronavirus lockdown. And last night the model claimed she had got the hitmaker, 75, “drunk” for a very particular reason.

However, it is likely all eyes were on the 49-year-old, thanks to her eye-popping snap on Instagram.

The leggy beauty uploaded a candid offering in view of her 91,000 followers as she relaxed at home.

However, she appeared to reveal a little too much as she explained how the famous couple were passing the time.

Standing in their plush kitchen, Penny’s assets were impossible to miss in her thin pink top. 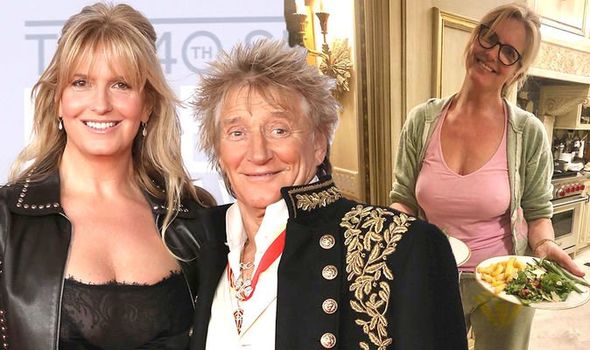 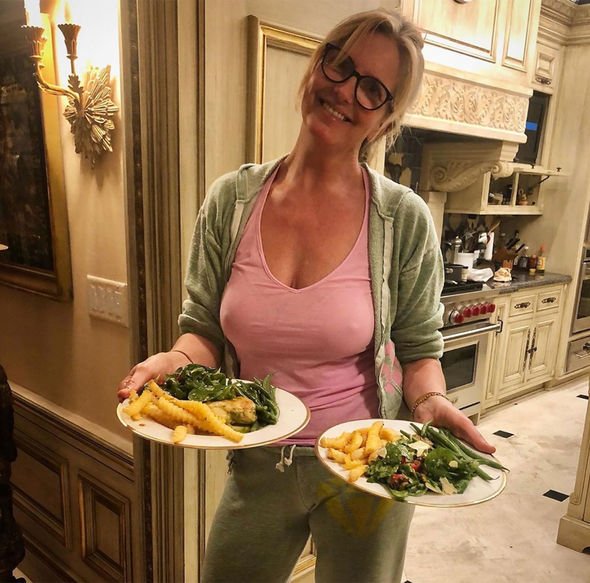 Beaming at the camera, she sported a pale green tracksuit with her low-cut top, which was left open on the hooded jacket.

Wearing her tresses up in a relaxed style, the supermodel finished off her look with round, dark-rimmed spectacles.

While Rod was not pictured he was very much mentioned in the caption, as she posed with two full plates of food.

She quipped: “Had to get my husband drunk before I could serve him my cooking tonight #stayhome.” 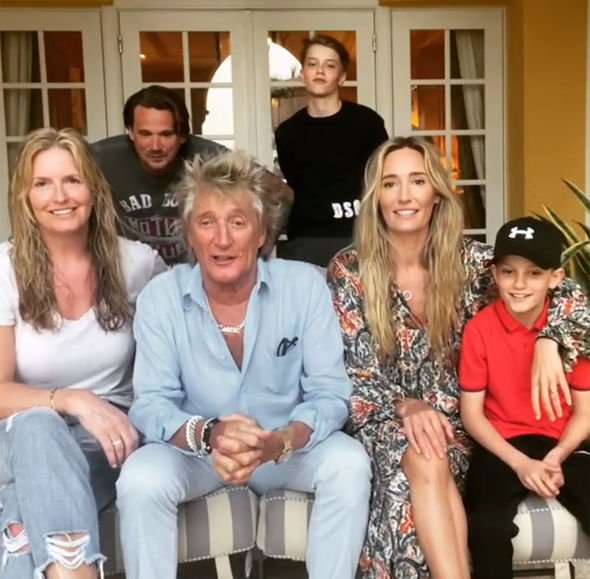 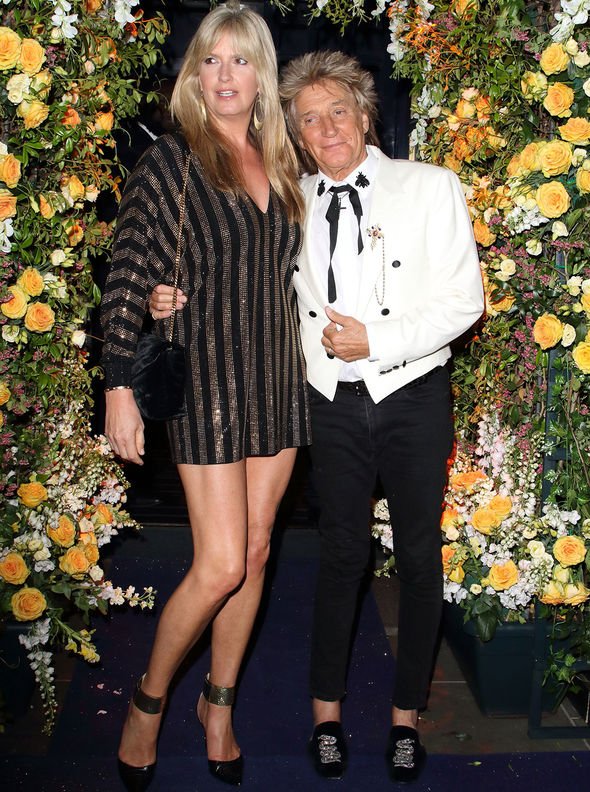 Penny was soon inundated with replies, with one user simply asking: “Did he eat it?”

She appeared to confirm all had gone down well, by replying simply with a thumbs up emoji.

Another fan wrote: “Lol! I’m sure he loved it. Penny you look fabulous. Take care of you and your family.”(sic)

Two others went on: “Looks pretty good to me!” and: “Salad, French fries and green beans? Yummmy. And look at the beautiful wife serving him! Blessed man.”

Just hours ealier, Penny and Rod had been seen with other family members as they praised the NHS from the sunny US.

The pair were seen sat alongside their two sons: Alastair, 14, and nine-year-old Aiden.

In the clip, the family were also joined by his children from a previous relationship: Sean, 39, and Ruby, 32.

Penny wrote alongside: “Our family want to say a huge thank you to everyone working in the NHS #clapforourcarers.

“To all the health care workers and emergency services that are helping keep Britain’s families save, in these extremely difficult times #nhs #healthworkers #fireman #police #staysafe #family.”(sic)

Rod spoke out in the upload, saying: “It’s Rod Stewart and we’re hunkered down here in Florida, and we just want to send our regards out to the NHS.

“The policemen, the dustmen and anyone else who is keeping our great country going.”

The star signed off: “We love you, bless you and thank you for all the tireless hard work. Well done the UK.”